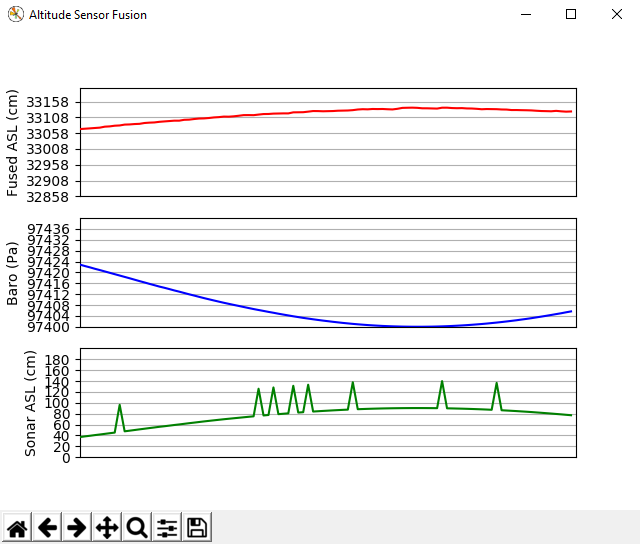 TinyEKF is a simple C/C++ implementation of the Extended Kalman Filter that is general enough to use on different projects. In order to make it practical for running on Arduino, STM32, and other microcontrollers, it uses static (compile-time) memory allocation (no "new" or "malloc"). The examples folder includes an Arduino example of sensor fusion. The extras/python folder includes an abstract Python class that you can use to prototype your EKF before implementing it in C/C++. The extrasc/c folder contains a "pure C" example from the literature.

Arduino users can simply install or drag the whole TinyEKF folder into their Arduino libraries folder. The examples/SensorFusion folder contains a little sensor fusion example using a BMP180 barometer and LM35 temperature sensor. I have run this example on an Arduino Uno and a Teensy 3.2. The BMP180, being an I^2C sensor, should be connected to pins 4 (SDA) and 5 (SCL) of the Uno, or pins 18 (SDA) and 19 (SCL) of the Teensy. For other Arduino boards, consult the documentation on the Wire library. The analog output from the LM35 should go to the A0 pin of your Arduino or Teensy.

In addition to the class definition, the extras/python folder has an example of mouse tracking, using OpenCV. So you will have to install OpenCV to run this example. There is also a sensor-fusion example in this folder, which uses the RealtimePlotter package, requiring Matplotlib.