This is an experimental (proof-of-concept) web panel meant to be used in conjunction with the get5 CS:GO server plugin. It provides a more convenient way of managing matches and match servers.

WARNING: YOU SHOULD NOT USE THIS. IT HAS BUGS. IT HAS NO SUPPORT. The get5 plugin itself is supported - this webpanel itself has NO support. If you want a working webpanel for get5, look elsewhere or develop your own.

How to use it:

Once you do this, the site will send an rcon command to the game server get5_loadmatch_url <webserver>/match/<matchid>/config, which will load the match config onto the gameserver automatically for you. Stats and game status will automatically be updated on the webpage.

As the match owner, you will be able to cancel the match. Additionally, on its matchpage there is a dropdown to run admin commands: add players to the teams if a ringer is needed, pause the match, load a match backup, list match backups, and run any rcon command.

Note: when using this web panel, the CS:GO game servers must be have both the core get5 plugin and the get5_apistats plugin. They are released together. This means the server must also be running the Steamworks and SMJansson extensions. 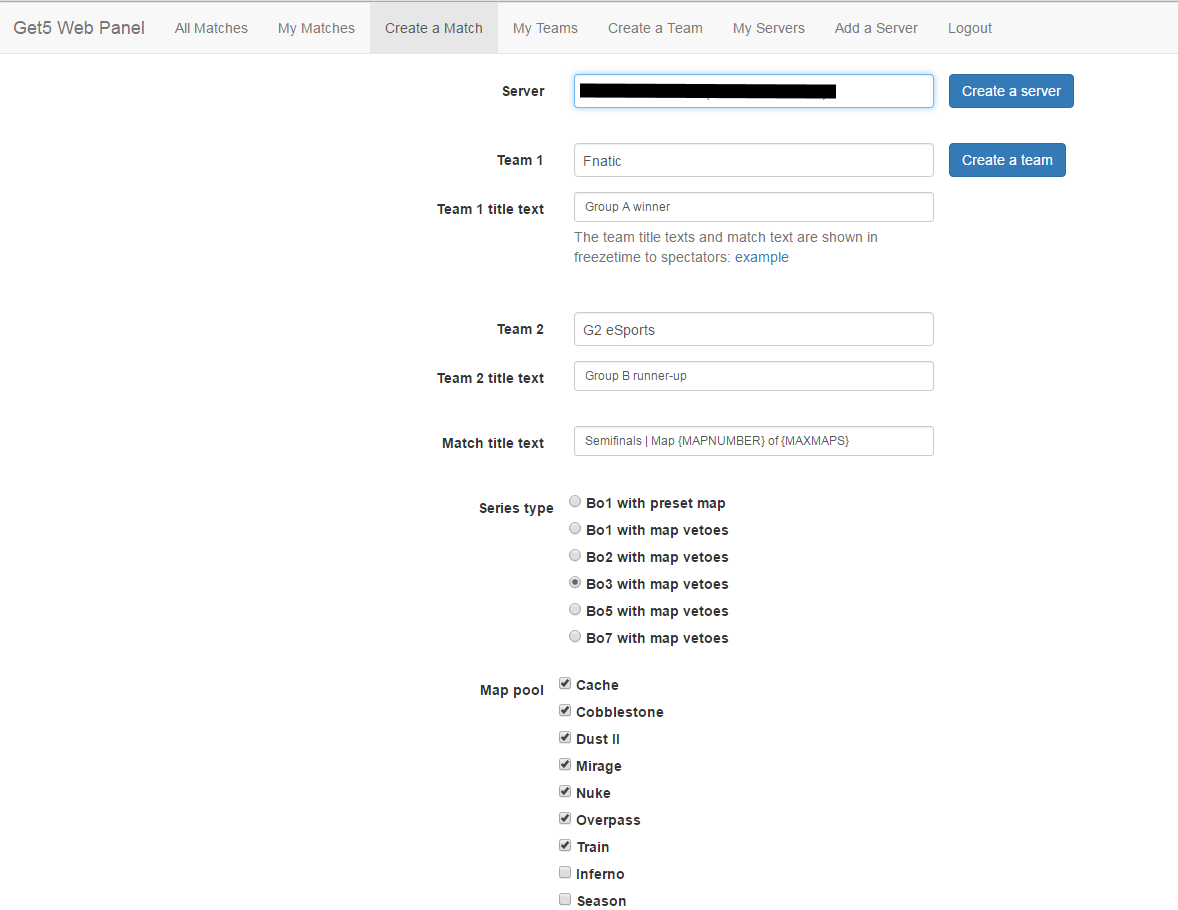 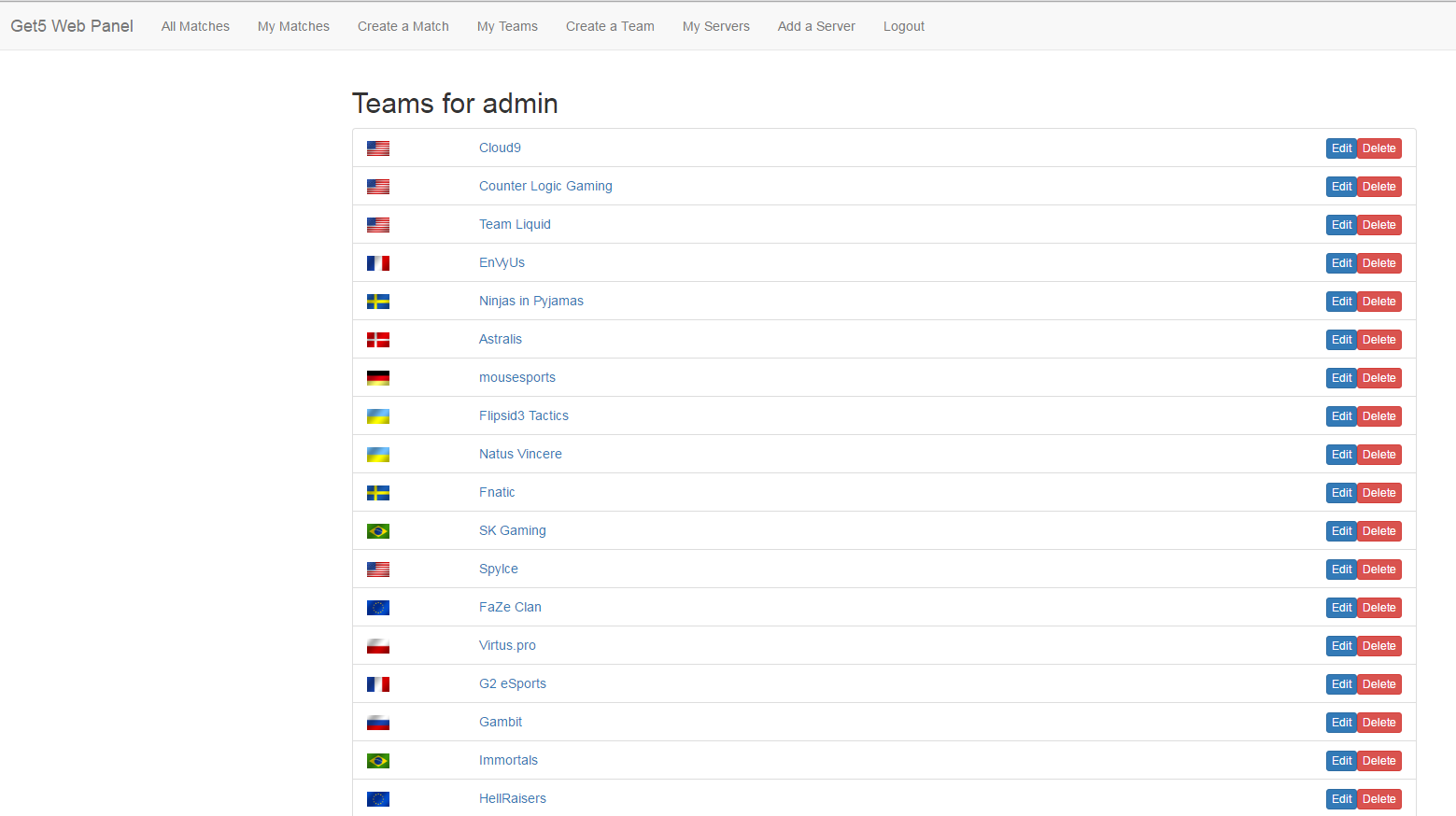 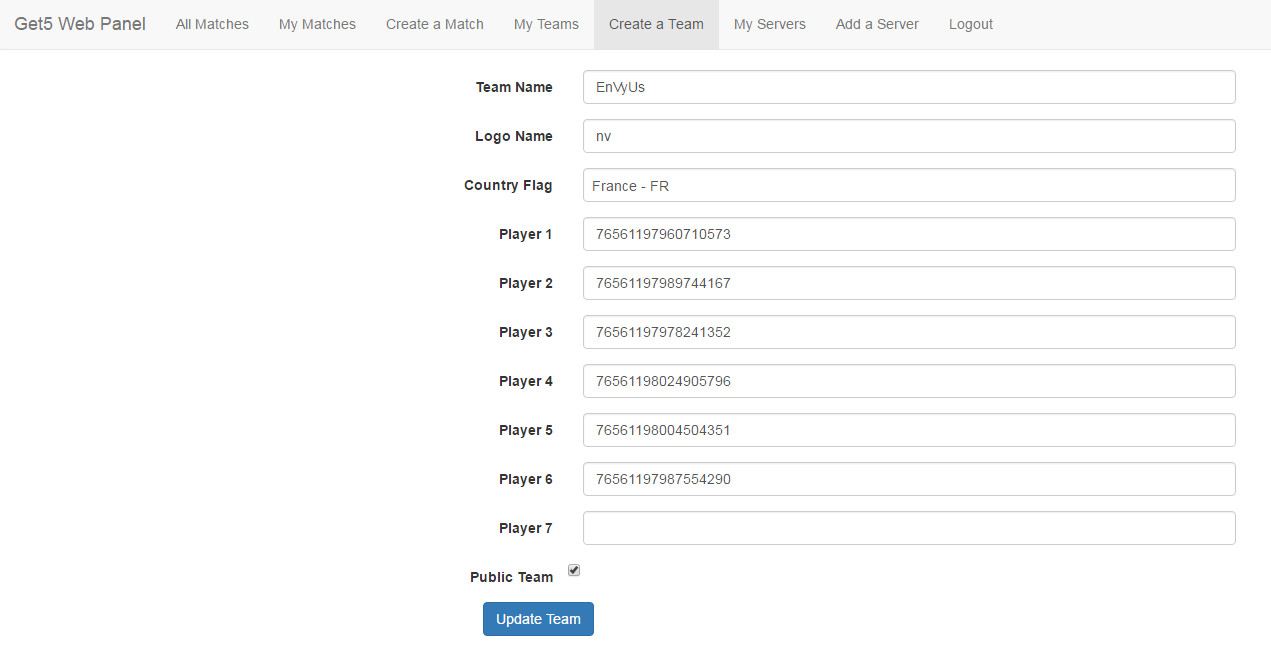 Please see the installation instructions for Ubuntu 16.04 with apache2. You can use other distributions or web servers, but you will likely have to figure out how to install a python flask app yourself.

How do the game server and web panel communicate?

Testing: You must also setup a test_config.py file in the instance directory.