The ROOT system provides a set of OO frameworks with all the functionality needed to handle and analyze large amounts of data in a very efficient way. Having the data defined as a set of objects, specialized storage methods are used to get direct access to the separate attributes of the selected objects, without having to touch the bulk of the data. Included are histograming methods in an arbitrary number of dimensions, curve fitting, function evaluation, minimization, graphics and visualization classes to allow the easy setup of an analysis system that can query and process the data interactively or in batch mode, as well as a general parallel processing framework, PROOF, that can considerably speed up an analysis.

Thanks to the built-in C++ interpreter cling, the command, the scripting and the programming language are all C++. The interpreter allows for fast prototyping of the macros since it removes the time consuming compile/link cycle. It also provides a good environment to learn C++. If more performance is needed the interactively developed macros can be compiled using a C++ compiler via a machine independent transparent compiler interface called ACliC.

The system has been designed in such a way that it can query its databases in parallel on clusters of workstations or many-core machines. ROOT is an open system that can be dynamically extended by linking external libraries. This makes ROOT a premier platform on which to build data acquisition, simulation and data analysis systems.

When citing ROOT, please use both the reference reported below and the DOI specific to your ROOT version available on Zenodo

. For example, you can copy-paste and fill in the following citation:

These screenshots shows some of the plots (produced using ROOT) presented when the Higgs boson discovery was announced at CERN: 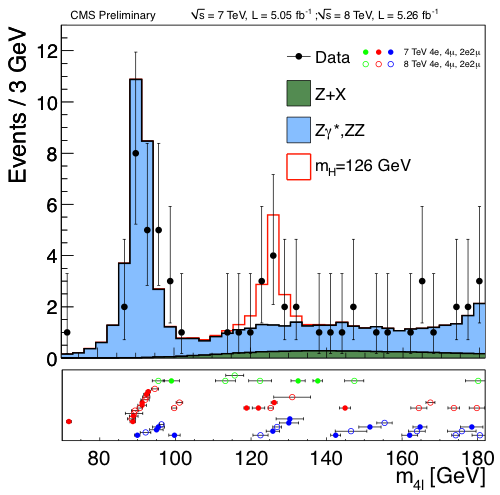 See more screenshots on our gallery.

Getting started with ROOT.

Make a directory for building