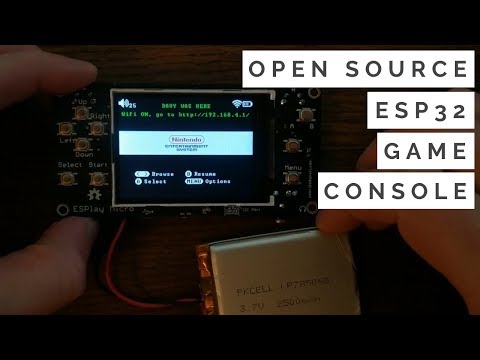 This projects is a set of firmware for playing second and third generation gaming platform and to be runs on esplay-micro-hardware, an ESP32 Devices with WROVER Module (4MB PSRAM) which you could find the details on my hackaday page. This hardware also commercially available on the Makerfabs Online Store. Due to small Flash ROM (only 4MB) currently only 3 game emulator could be bundled altough this device support 7 emulator including Atari, PC Engine, ZX-Spectrum, MSX, etc. The main feature of this projects is bundled as follow:

Place your Audio files that supported (mp3, flac, wav and ogg) to audio folder on the root of sdcard, if folder not exist just created one and place audio files on them. 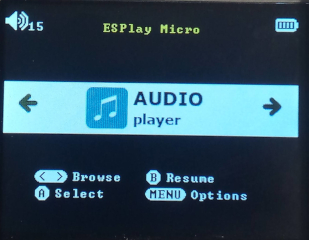 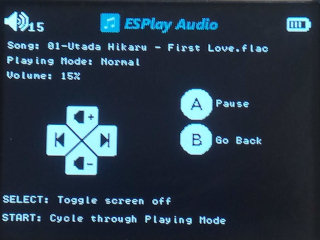 Now you have options to choose launcher, Retro-ESP32 launcher by 32teeth or ESPlay launcher by me. ESPlay Launcher has Wifi AP options so you can upload rom by using web interface via phone or your computer.

This code is an esp-idf project. You will need esp-idf to compile it. Newer versions of esp-idf may introduce incompatibilities with this code; for your reference, the code was tested against release/v3.3 branch of esp-idf. edit mkrelease.sh with correct location for your mkfw. Find mkfw tool in the base firmware in my repository.

Also to get compiling correctly you need ffmpeg installed on your system and included in the PATH Environment.

run mkrelease.sh to compile and make an .fw file that could be flashed by base firmware bootloader. Place .fw file in esplay/firmware folder on sdcard, power on esplay device while press B button until bootloader screen appear. select .fw then A -> Start to flash firmware.

Base firmware is a modified bootloader fork from odroid-go.

Extract skeleton.zip from docs, and copy to the root of sdcard. Please provide ROM by yourself and place them in the appropriate folder on sdcard.

Source Author and Special Thanks

Thanks to contribute your work for this project.