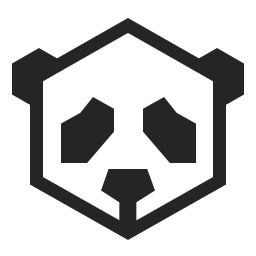 Panda3D is a game engine, a framework for 3D rendering and game development for Python and C++ programs. Panda3D is open-source and free for any purpose, including commercial ventures, thanks to its liberal license. To learn more about Panda3D's capabilities, visit the gallery and the feature list. To learn how to use Panda3D, check the documentation resources. If you get stuck, ask for help from our active community.

Panda3D is licensed under the Modified BSD License. See the LICENSE file for more details.

The latest Panda3D SDK can be downloaded from this page. If you are familiar with installing Python packages, you can use the following command:

The easiest way to install the latest development build of Panda3D into an existing Python installation is using the following command:

If this command fails, please make sure your version of pip is up-to-date.

If you prefer to install the full SDK with all tools, the latest development builds can be obtained from this page.

These are automatically kept up-to-date with the latest GitHub version of Panda.

You will also need the thirdparty dependency libraries available for the build scripts to use. These are available from one of these two URLs, depending on whether you are on a 32-bit or 64-bit system, or you can click here for instructions on building them from source.

When the build succeeds, it will produce an .exe file that you can use to install Panda3D on your system.

Note: you may choose to remove --no-eigen and build with Eigen support in order to improve runtime performance. However, this will cause the build to take hours to complete, as Eigen is a heavily template-based library, and the the MSVC compiler does not perform well under these circumstances.

Building Panda3D on Linux is easy. All you need is to invoke the makepanda script using the version of Python that you want Panda3D to be built against.

Run makepanda.py with the --help option to see which options are available. Usually, you will want to specify the --everything option (which builds with support for all features for which it detects the prerequisite dependencies) and the --installer option (which produces an installable .deb or .rpm file for you to install, depending on your distribution).

The following command illustrates how to build Panda3D with some common options:

You will probably see some warnings saying that it's unable to find several dependency packages. You should determine which ones you want to include in your build and install the respective development packages. You may visit this manual page for an overview of the various dependencies.

If you are on Ubuntu, this command should cover the most frequently used third-party packages:

Once Panda3D has built, you can either install the .deb or .rpm package that is produced, depending on which Linux distribution you are using. For example, to install the package on Debian or Ubuntu, use this:

If you are not using a Linux distribution that supports .deb or .rpm packages, you may have to use the installpanda.py script instead, which will directly copy the files into the appropriate locations on your computer. You may have to run the ldconfig tool in order to update your library cache after installing Panda3D.

Alternatively, you can add the --wheel option, which will produce a .whl file that can be installed into a Python installation using pip.

On macOS, you will need to download a set of precompiled thirdparty packages in order to compile Panda3D, which can be acquired from here.

After placing the thirdparty directory inside the panda3d source directory, you may build Panda3D using a command like the following:

You may target a specific minimum macOS version using the --osxtarget flag followed by the release number, eg. 10.9 or 10.14.

If the build was successful, makepanda will have generated a .dmg file in the source directory containing the installer. Simply open it and run the package file in order to install the SDK onto your system.

Building on FreeBSD is very similar to building on Linux. You will need to install the requisite packages using the system package manager. To install the recommended set of dependencies, you can use this command:

You will also need to choose which version of Python you want to use. Install the appropriate package for it (such as python37 or python38) and run the makepanda script with your chosen Python version:

If successful, this will produce a .pkg file in the root of the source directory which you can install using pkg install.

Although it's possible to build Panda3D on an Android device using the termux shell, the recommended route is to cross-compile .whl files using the SDK and NDK, which can then be used by the build_apps command to build a Python application into an .apk or .aab bundle. You will need to get the latest thirdparty packages, which can be obtained from the artifacts page of the last successful run here:

This does not include Python at the moment, which can be extracted from this archive instead.

These commands show how to compile wheels for the supported Android ABIs:

It is now possible to use the generated wheels with build_apps, as explained on this page:

As a convenience, you can alternatively pass the --tests option to makepanda.

If you encounter any bugs when using Panda3D, please report them in the bug tracker. This is hosted at:

Make sure to first use the search function to see if the bug has already been reported. When filling out a bug report, make sure that you include as much information as possible to help the developers track down the issue, such as your version of Panda3D, operating system, architecture, and any code and models that are necessary for the developers to reproduce the issue.

If you're not sure whether you've encountered a bug, feel free to ask about it in the forums or the IRC channel first.

If you would like to support the project financially, visit our campaign on OpenCollective. Your contributions help us accelerate the development of Panda3D.

For the list of backers, see the BACKERS.md file or visit the Sponsors page on our web site. Thank you to everyone who has donated!

Games ⭐ 19,877
🎮 A list of popular/awesome video games, add-ons, maps, etc. hosted on GitHub. Any genre. Any platform. Any engine.
most recent commit a month ago
Wavefunctioncollapse ⭐ 19,432
Bitmap & tilemap generation from a single example with the help of ideas from quantum mechanics
most recent commit 2 months ago
Bevy ⭐ 18,791
A refreshingly simple data-driven game engine built in Rust
dependent packages 301total releases 15most recent commit 2 hours ago

Babylon.js ⭐ 18,426
Babylon.js is a powerful, beautiful, simple, and open game and rendering engine packed into a friendly JavaScript framework.
dependent packages 114total releases 420most recent commit an hour ago