LiveScan3D is a system designed for real time 3D reconstruction using multiple AzureKinect or Kinect v2 depth sensors simultaneously at real time speed. The code for working with Kinect v2 is in the master branch, and the v1.x.x releases. If you want to work with Azure Kinect please use the appropriately named branch.

For both sensors the produced 3D reconstruction is in the form of a coloured point cloud, with points from all of the Kinects placed in the same coordinate system. The point cloud stream can be visualized, recorded or streamed to a HoloLens or any Unity application. The code for streaming to Unity and HoloLens is available in the LiveScan3D-Hololens repository.

Possible use scenarios of the system include:

You will also find a short presentation of LiveScan3D in the video below (click to go to YouTube): 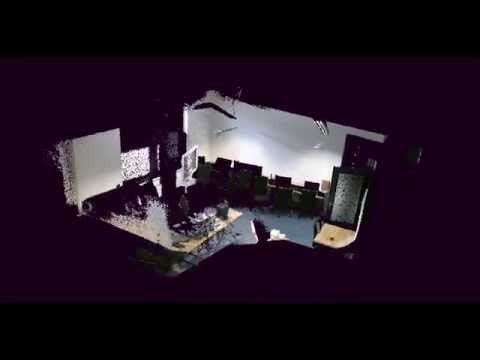 In our system each sensor is governed by a separate instance of a client app, which is connected to a server. The client apps can either run on separate machines or all on the same machine (only for Azure Kinect). The server allows the user to perform calibration, filtering, synchronized frame capture, and to visualize the acquired point cloud live.

To start working with our software you will need a Windows machine with and at least a single Kinect device. You can either build LiveScan3D from source, for which you will need Visual Studio 2019, or you can download the binary release. Both the binary and source distributions contain a manual (in the docs directory) which contains the steps necessary to start working with our software (it won't take more than a couple of minutes to set up).

Where to get help

For details regarding the methods used in LiveScan3D you can take a look at our article: LiveScan3D: A Fast and Inexpensive 3D Data Acquisition System for Multiple Kinect v2 Sensors.

While all of our code is licensed under the MIT license, the 3rd party libraries have different licenses:

If you use this software in your research, then please use the following citation: