NeuRec is a comprehensive and flexible Python library for recommender systems that includes a large range of state-of-the-art neural recommender models. This library aims to solve general, social and sequential (i.e. next-item) recommendation tasks, using the Tensorflow library to provide 33 models out of the box. NeuRec is open source and available under the MIT license.

The architecture of NeuRec is shown in the diagram below: 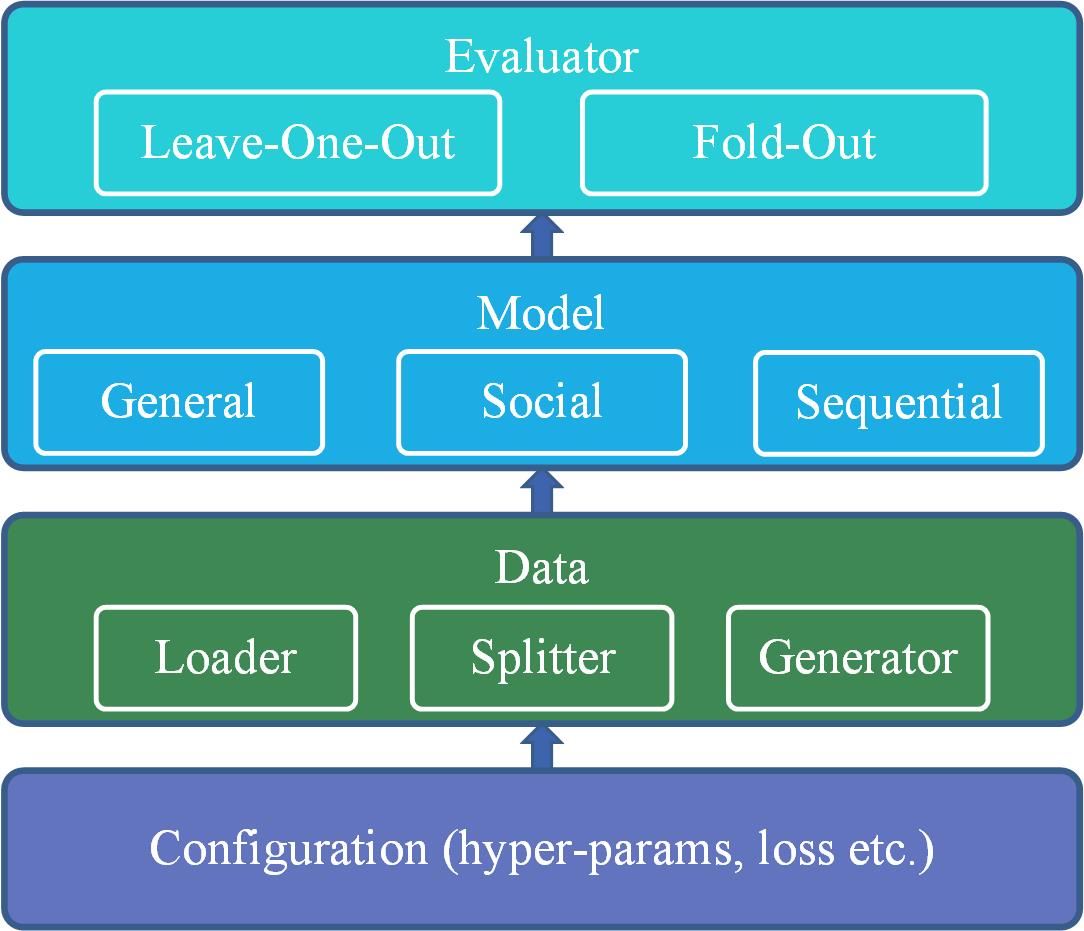 Firstly, download this repository and unpack the downloaded source to a suitable location.

Secondly, go to './NeuRec' and compline the evaluator of cpp implementation with the following command line:

Note that the cpp implementation is much faster than python.

Finally, run main.py in IDE or with command line:

The list of available models in NeuRec, along with their paper citations, are shown below: