!!! Warning: the version with "t" is the test version, there may be stability problems! Not recommended for production environments 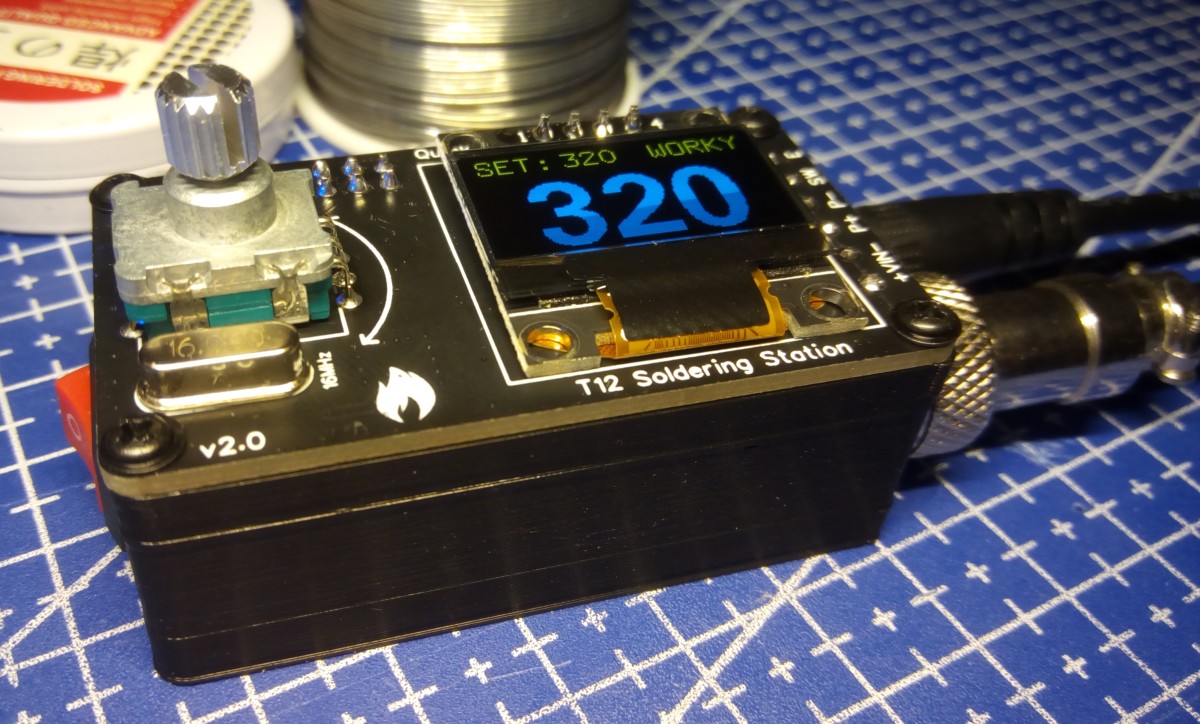 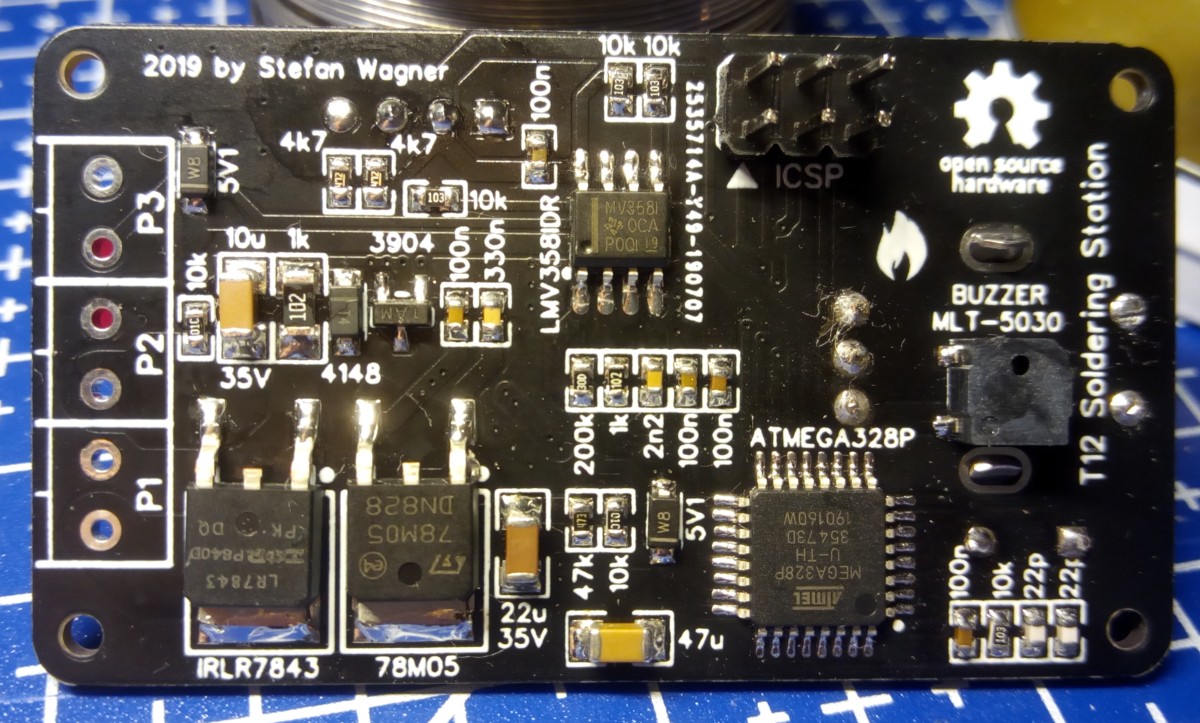 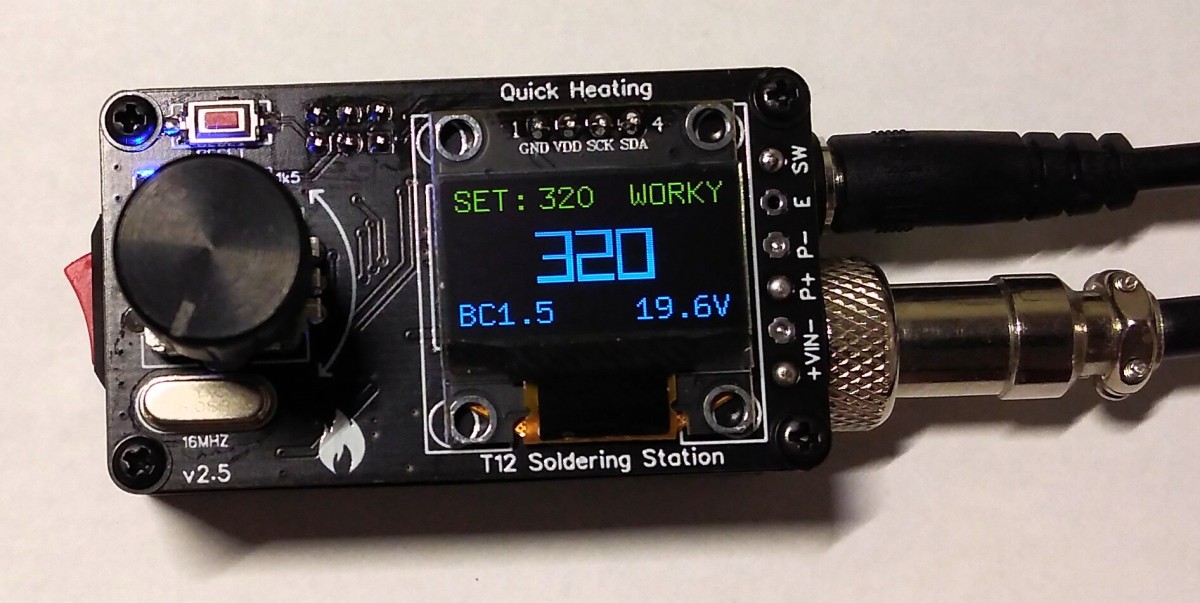 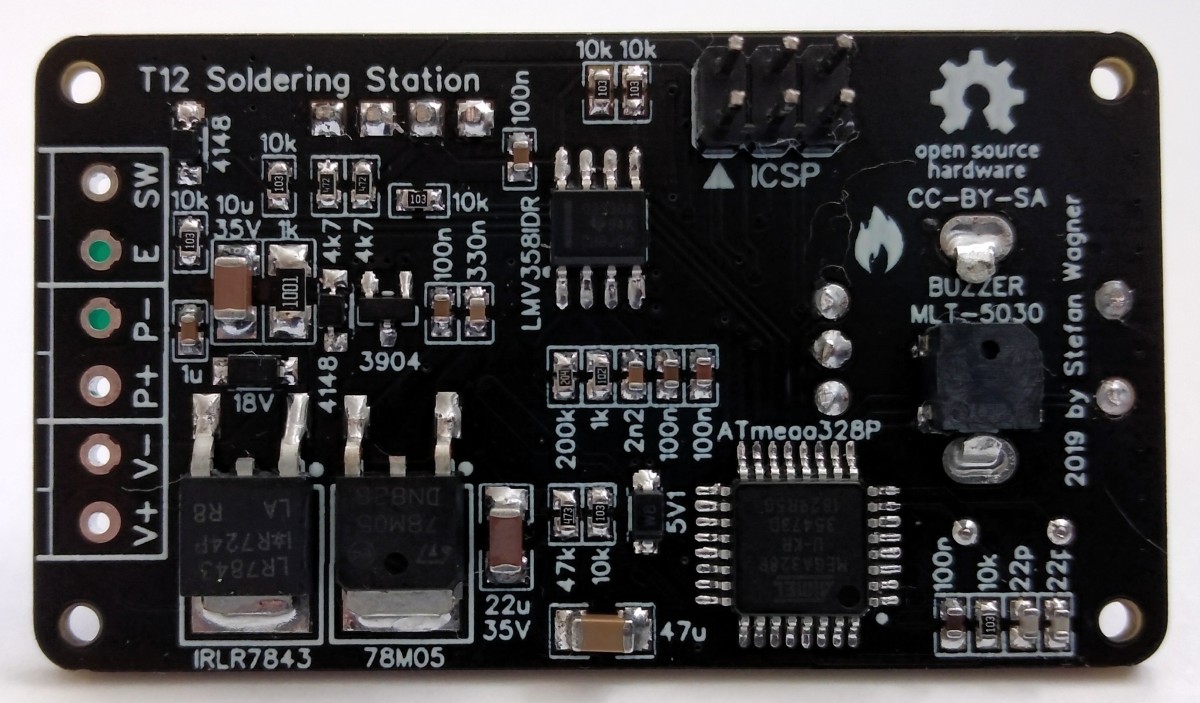 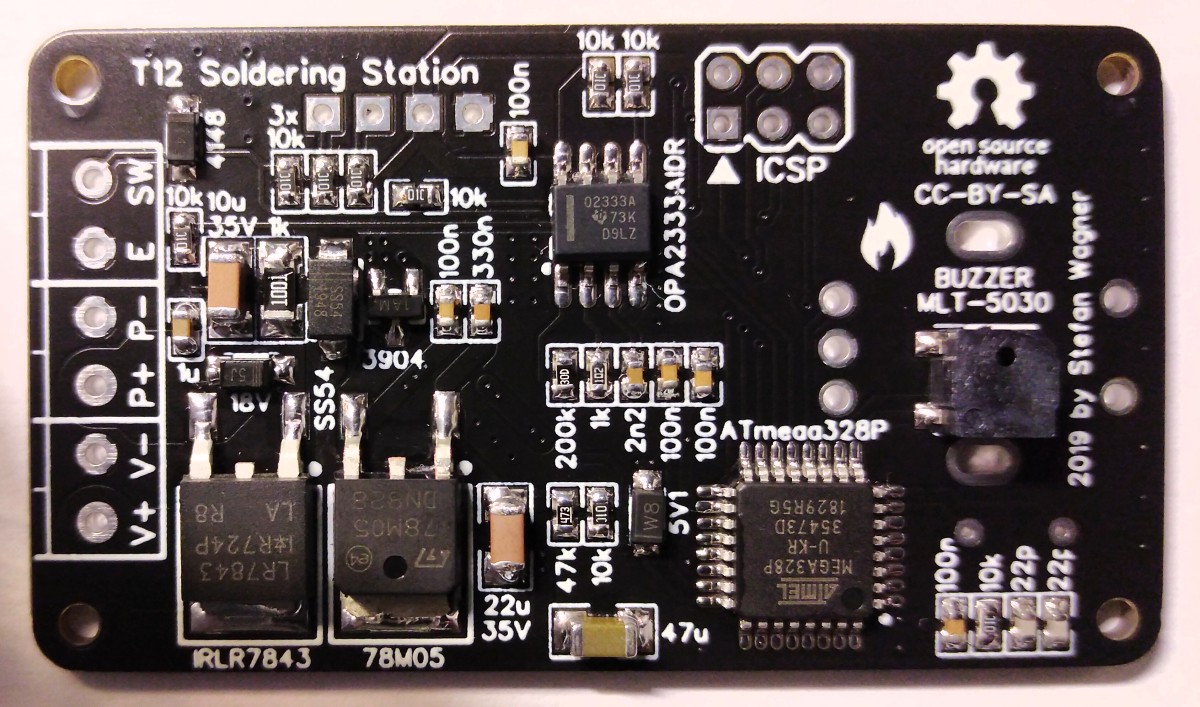 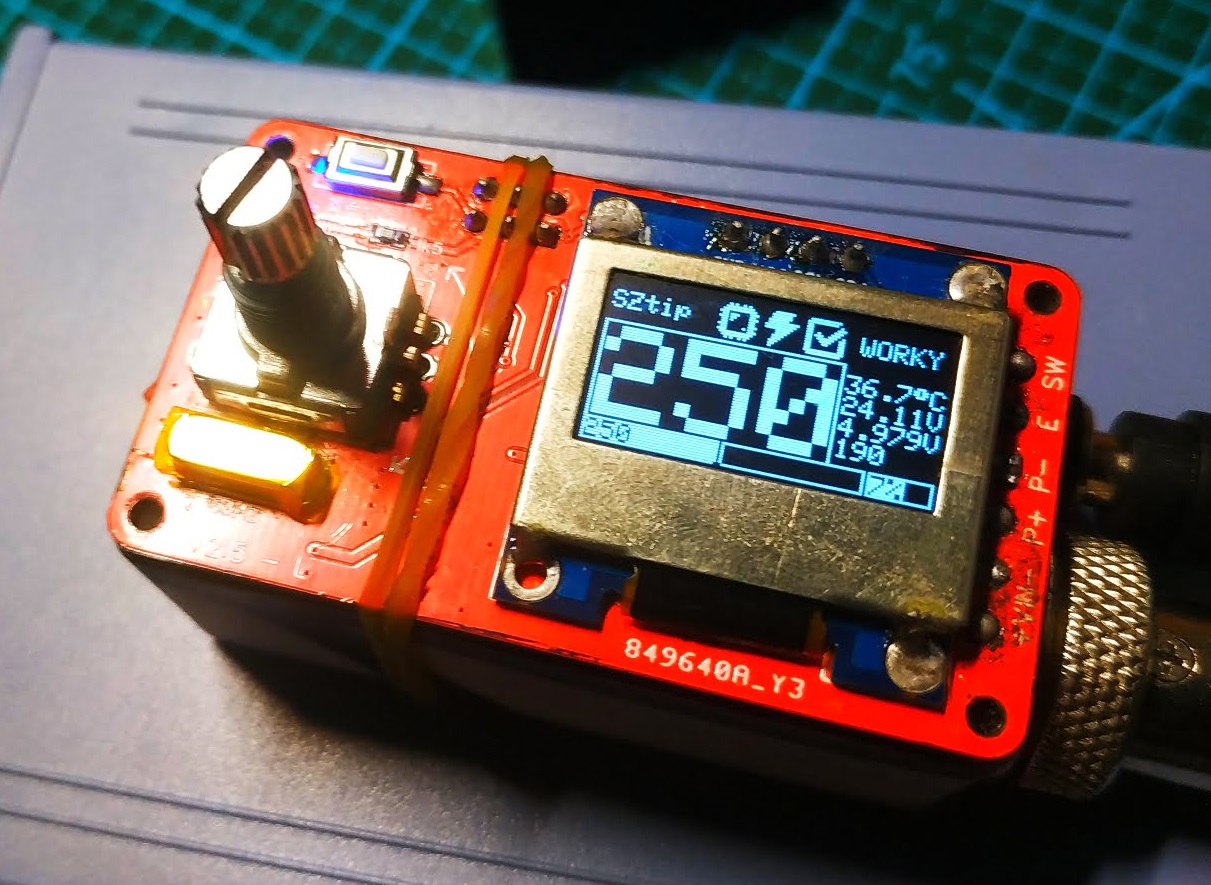 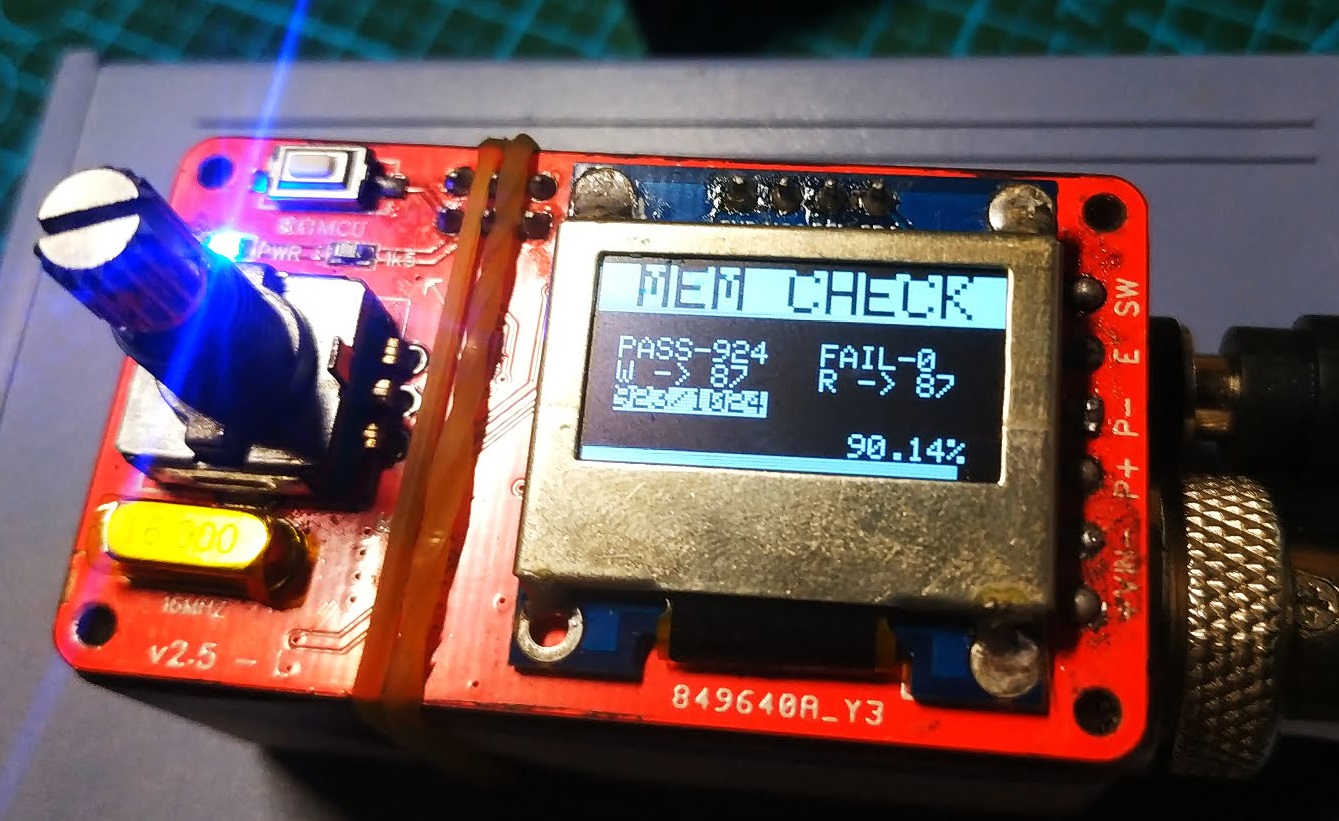 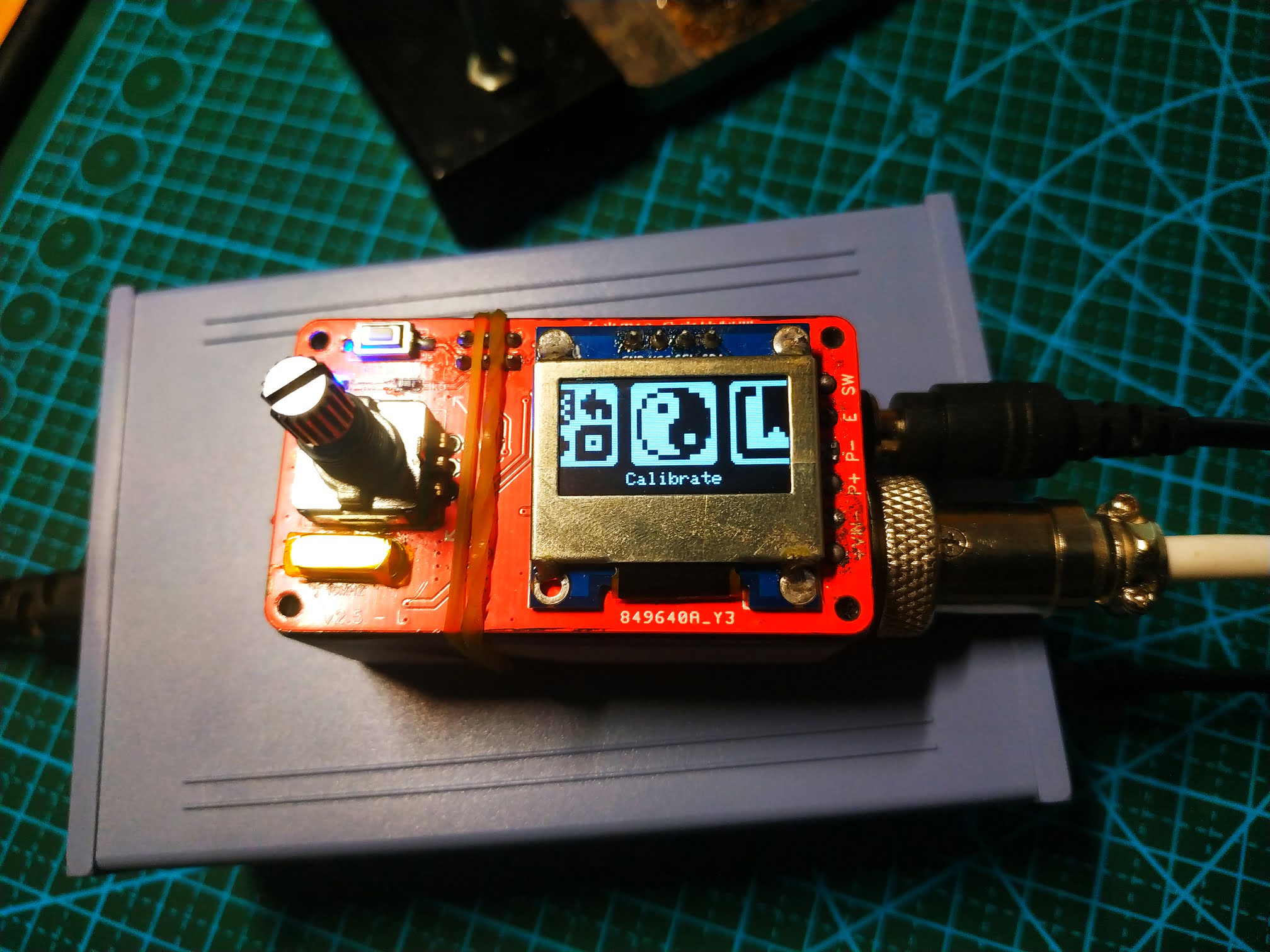 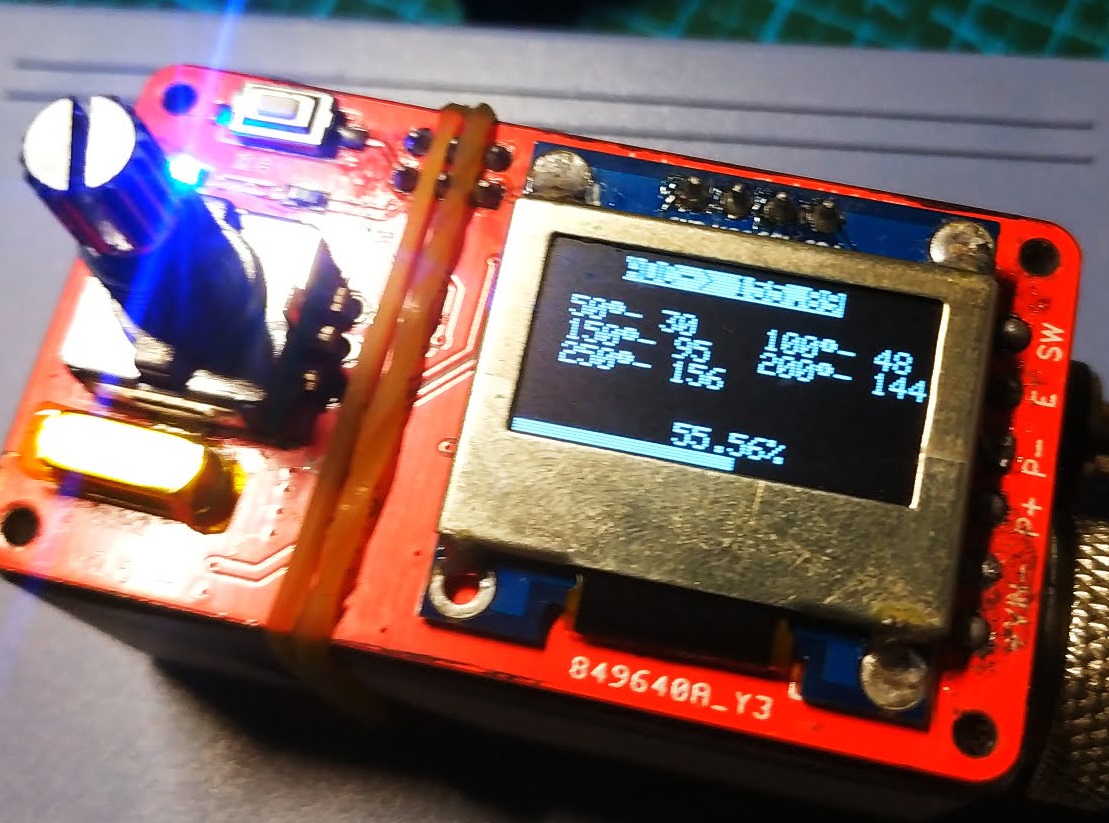 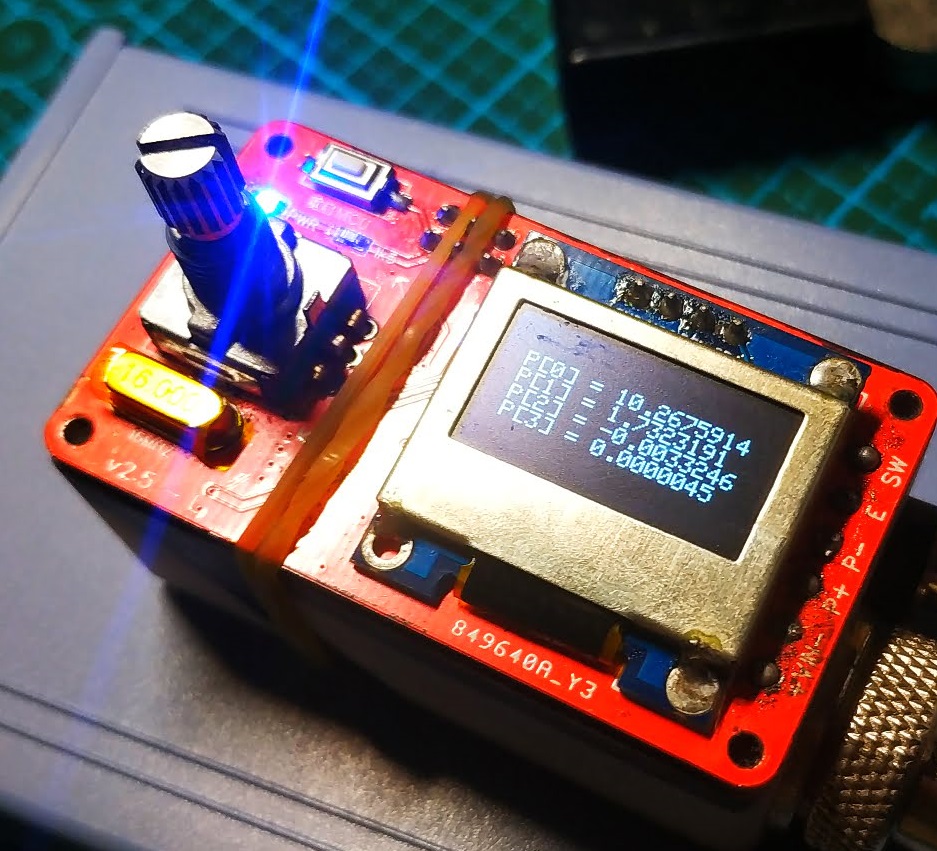 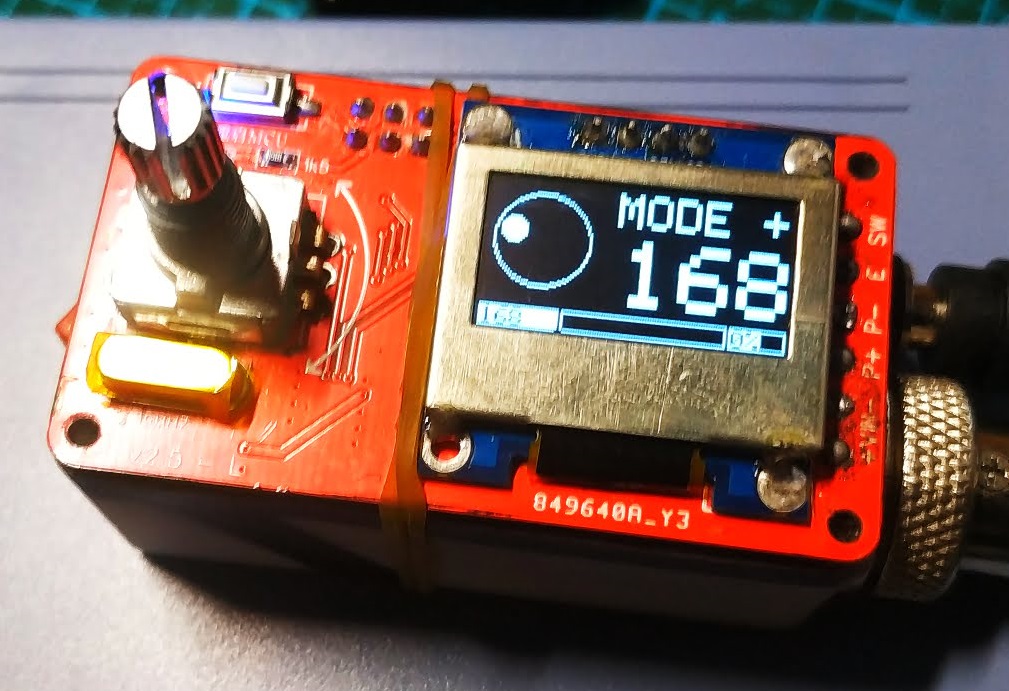 Choose a power supply with an output voltage between 12V and 24V which can provide an output current according to the table below. The power supply must be well stabilized. The current and power is determined by the resistance (R = 8 Ohm) of the heater.

A thermocouple (temperature sensor) is located in the T12 soldering tip. It creates a very small voltage depending on the temperature difference between the hot end and the cold junction (about 22 microvolts per degree Celsius). To measure this, the heater must be switched off since both share the same connections. The low voltage is amplified by the OpAmp and measured by the ADC of the microcontroller. The LMV358 is a very cheap and versatile OpAmp, but not the ideal choice for this task because it has a fairly high input offset voltage and is quite noisy. Although the SolderingStation also works with this OpAmp thanks to the software's smoothing and calibration algorithms, I highly recommend spending a little more money in a better one. The OPA2330AIDR or OPA2333AIDR for instance have the same pinout and can also be used with this board. They provide significantly more accurate and stable temperature measurements. 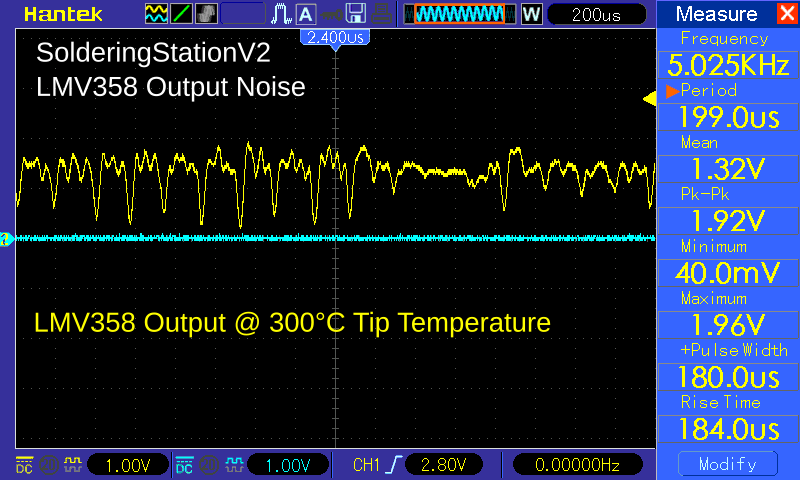 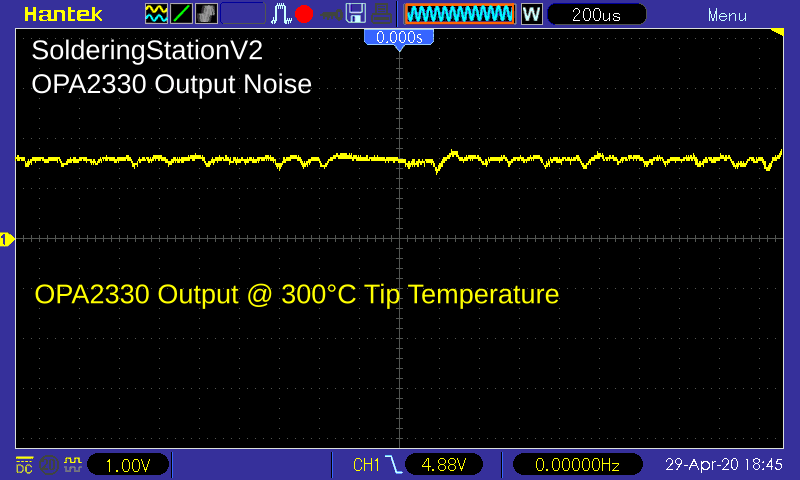 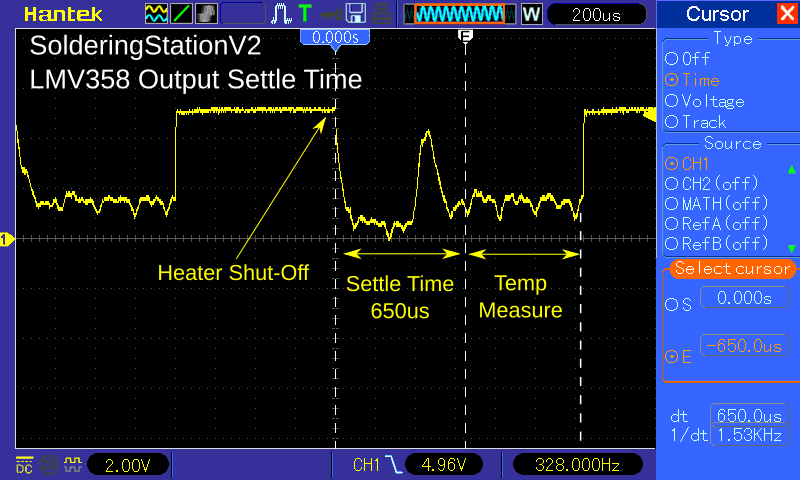 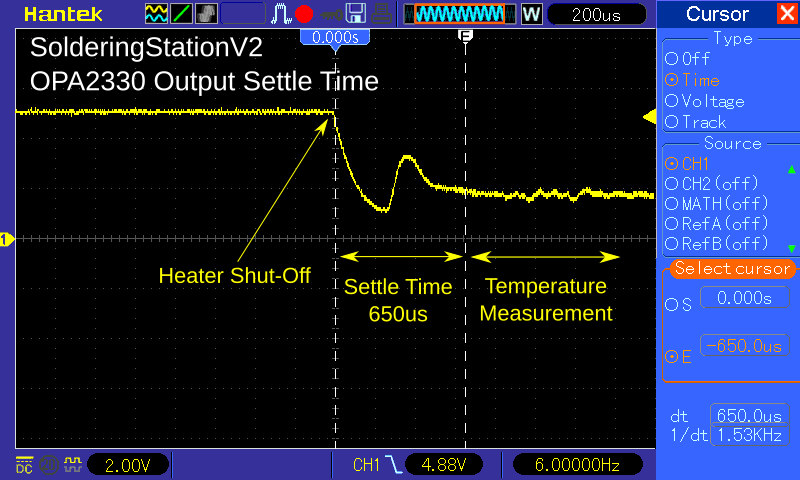 5. Heater High Side Switch with N-Channel MOSFET and Charge Pump

The microcontroller switches the heater on and off via the MOSFET. Since the temperature measurement must be done over the same line and against ground, the MOSFET has to be placed between the supply voltage and the heater (high-side switch). A P-Channel MOSFET is normally used for this configuration. However, N-Channel MOSFETs usually have a lower resistance (RDS (on)), in the case of the IRLR7843 only 3 milliohms. A low resistance means a higher efficiency and a lower heat development of the MOSFET. For an N-channel MOSFET to function as a high-side switch, an additional circuit is required to maintain a positive GATE-TO-SOURCE voltage after the MOSFET is switched on. This is done using a so-called charge pump consisting of a capacitor and a diode. The principle of operation is illustrated in the following graphic by Smallp Tsai: 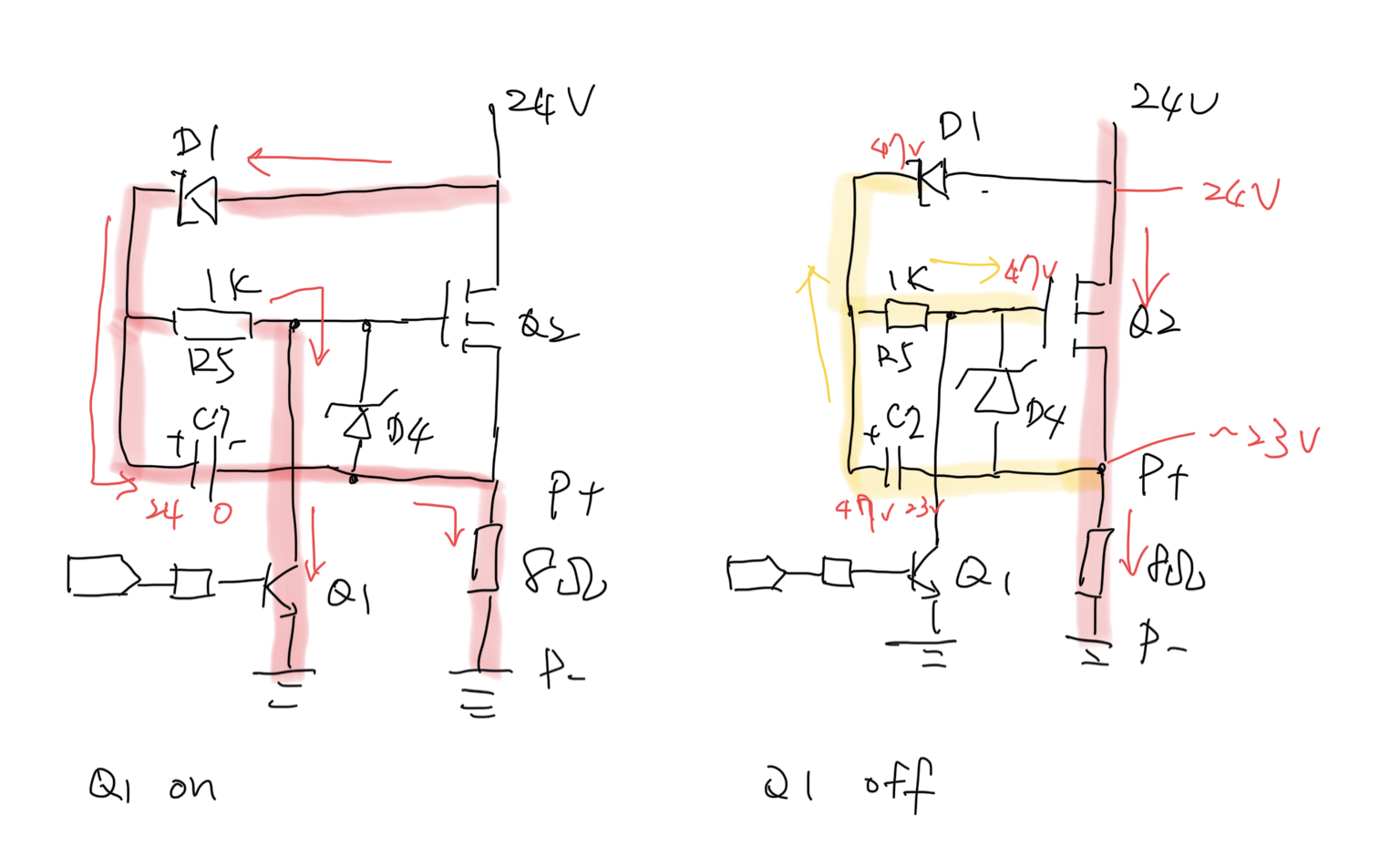 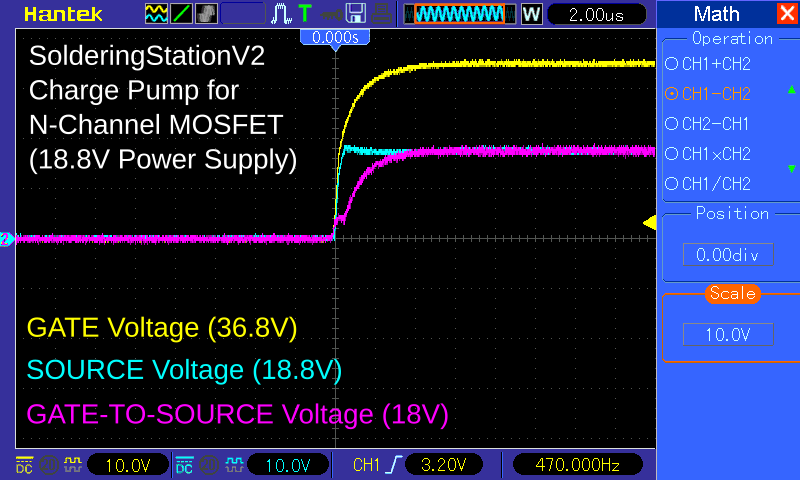 In addition to the components for the PCB you will need the following: 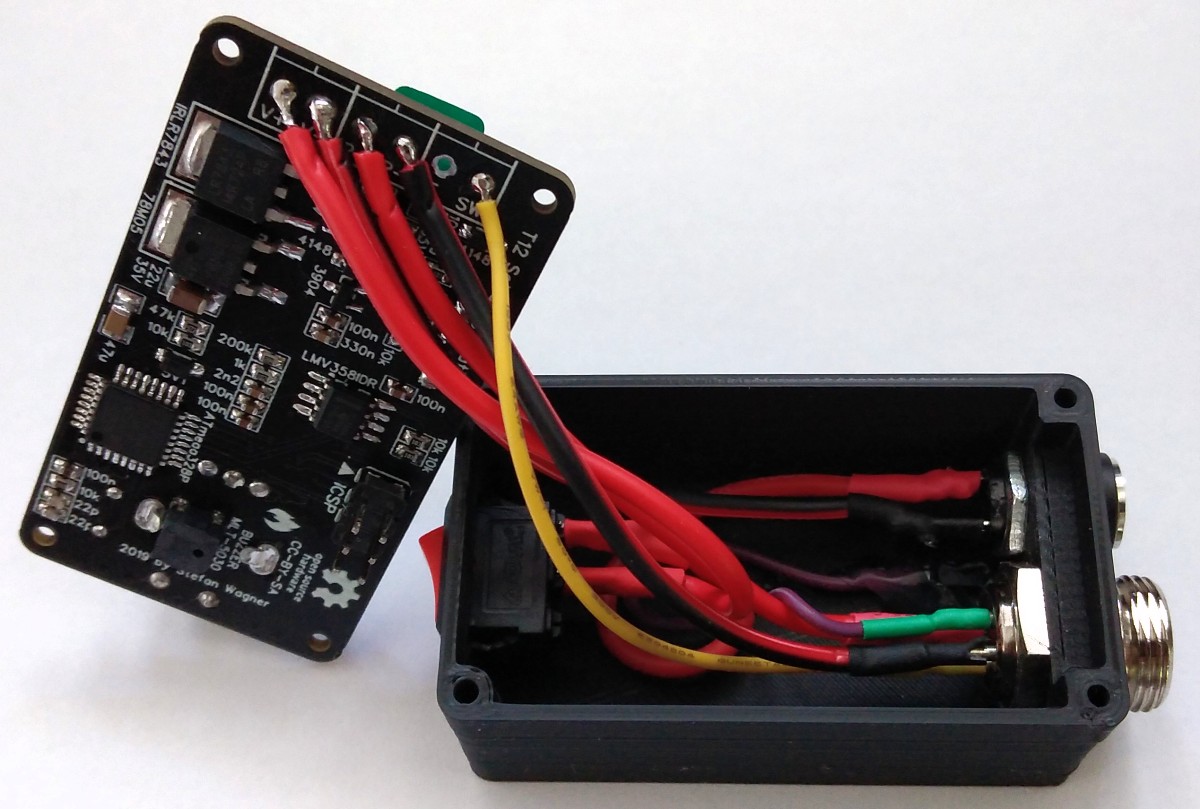 Make sure that all parts fit nicely into the case. Solder the wires to the connectors and protect them with heat shrinks. Use thick wires (AWG18) for the power connections. Make all connections according to the schematic down below but keep in mind, that there's no standard pinout. Solder the wires directly to the corresponding pads on the pcb. To make the soldering station ESD-safe, connect the earth (E) terminal of the aviator plug to a female dupont connector and glue it into the corresponding opening on the case. Now you can connect the soldering station via a male dupont connector to an earth terminal. Upload the firmware and screw the pcb on top of the case.

The pinout shown works for the Quecoo handles from aliexpress. Different handles may have different pinouts. If you are assembling your handle yourself, follow the scheme shown below. The video by John Glavinos (electronics4all) shows how it's done.