SwitchHosts! is an App for managing hosts file, it is based on Electron, React, Ant Design, CodeMirror, etc. 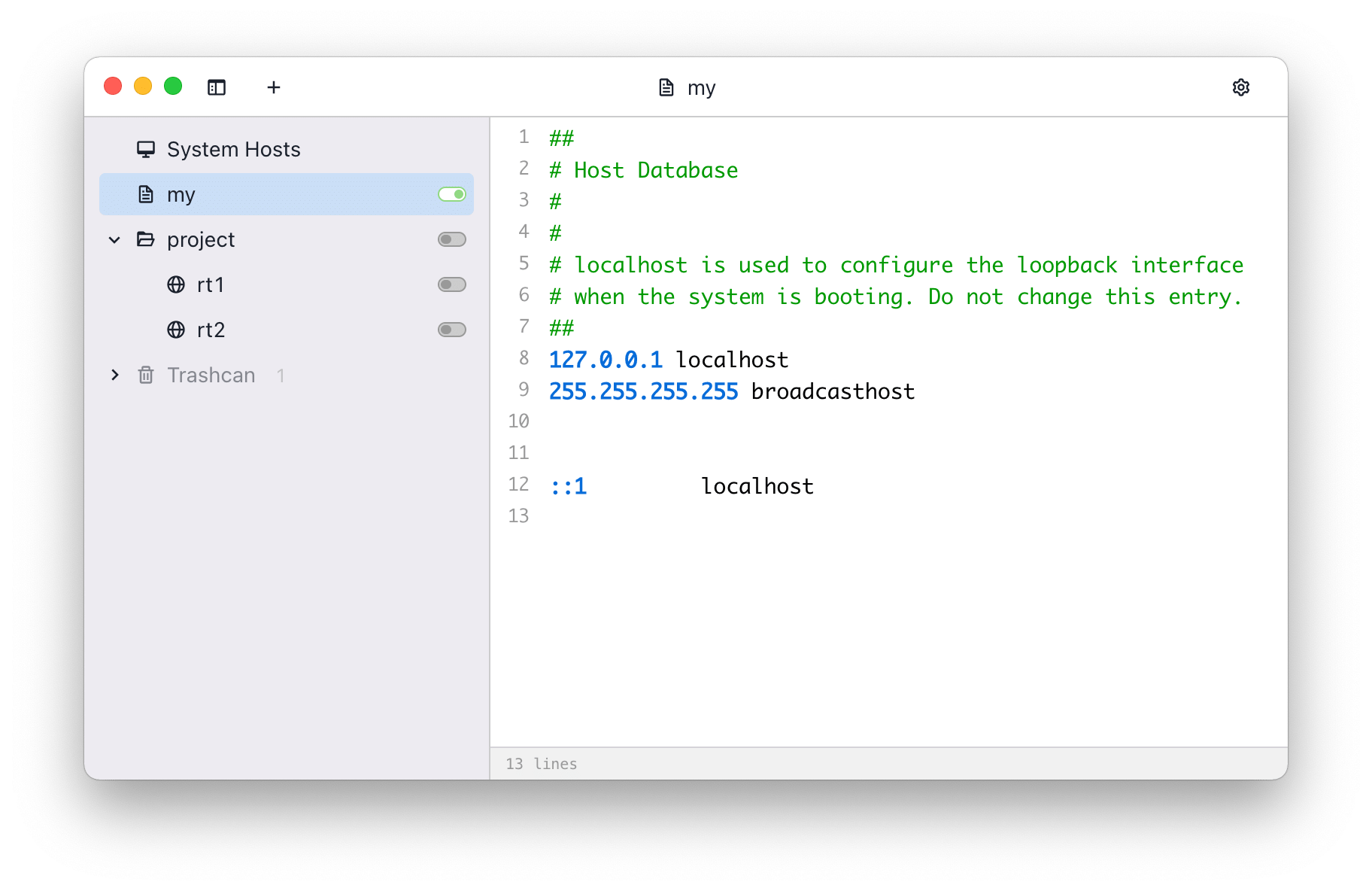 On macOS you can install SwitchHosts! by brew cask:

Thanks to @gobinathm and @iamybj for updating the brew cask version.

On Windows you can install SwitchHosts! by scoop:

Thanks to @batkiz for updating the scoop version.

SwitchHosts! is a free and open source software, it is released under the MIT license.

Get A Weekly Email With Trending Projects For These Topics
No Spam. Unsubscribe easily at any time.
javascript (68,034)
electron (911)
hosts (44)
hostsfile (26)