ShinyStan provides immediate, informative, customizable visual and numerical summaries of model parameters and convergence diagnostics for MCMC simulations. The ShinyStan interface is coded primarily in R using the Shiny web application framework and is available via the shinystan R package. 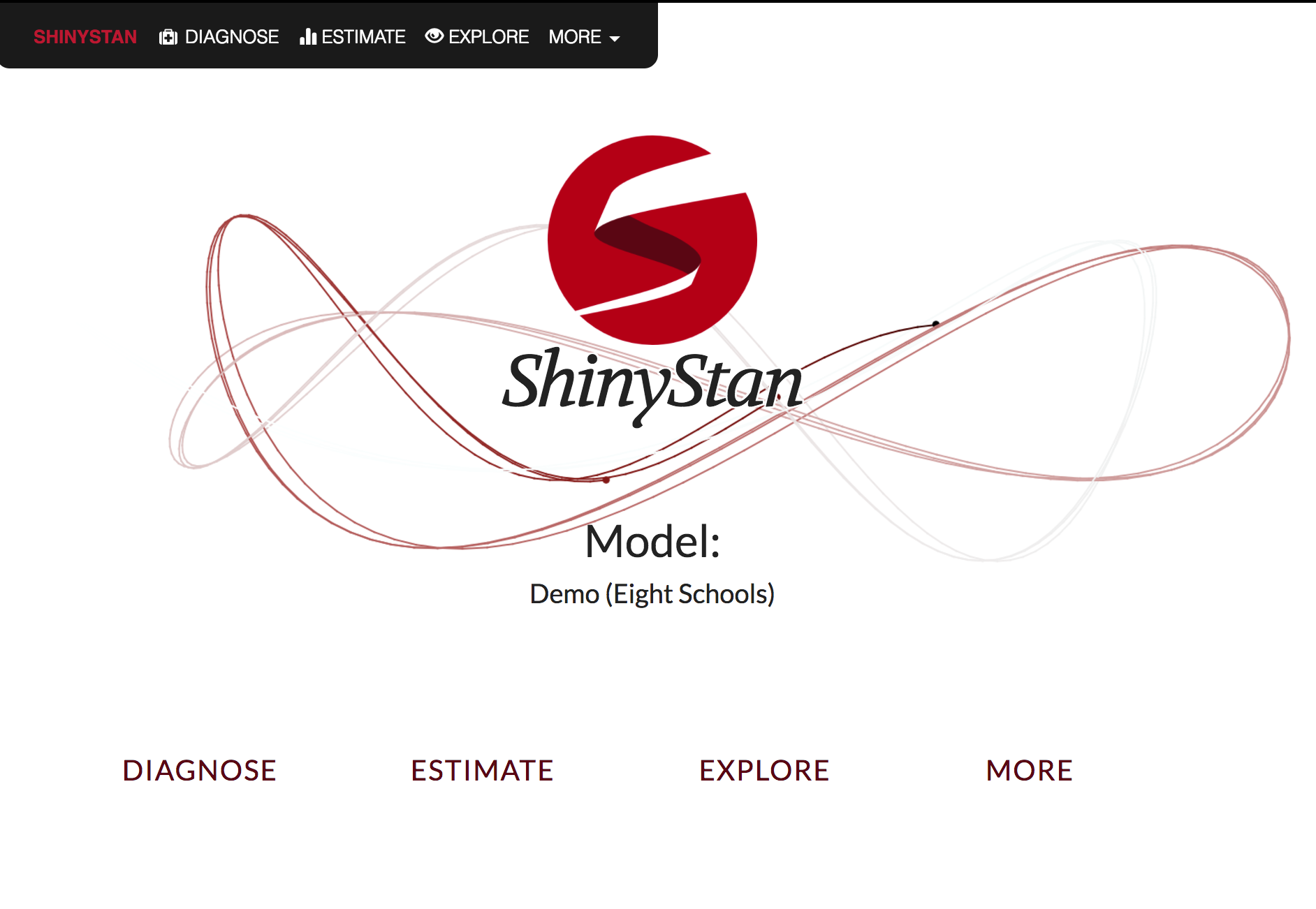 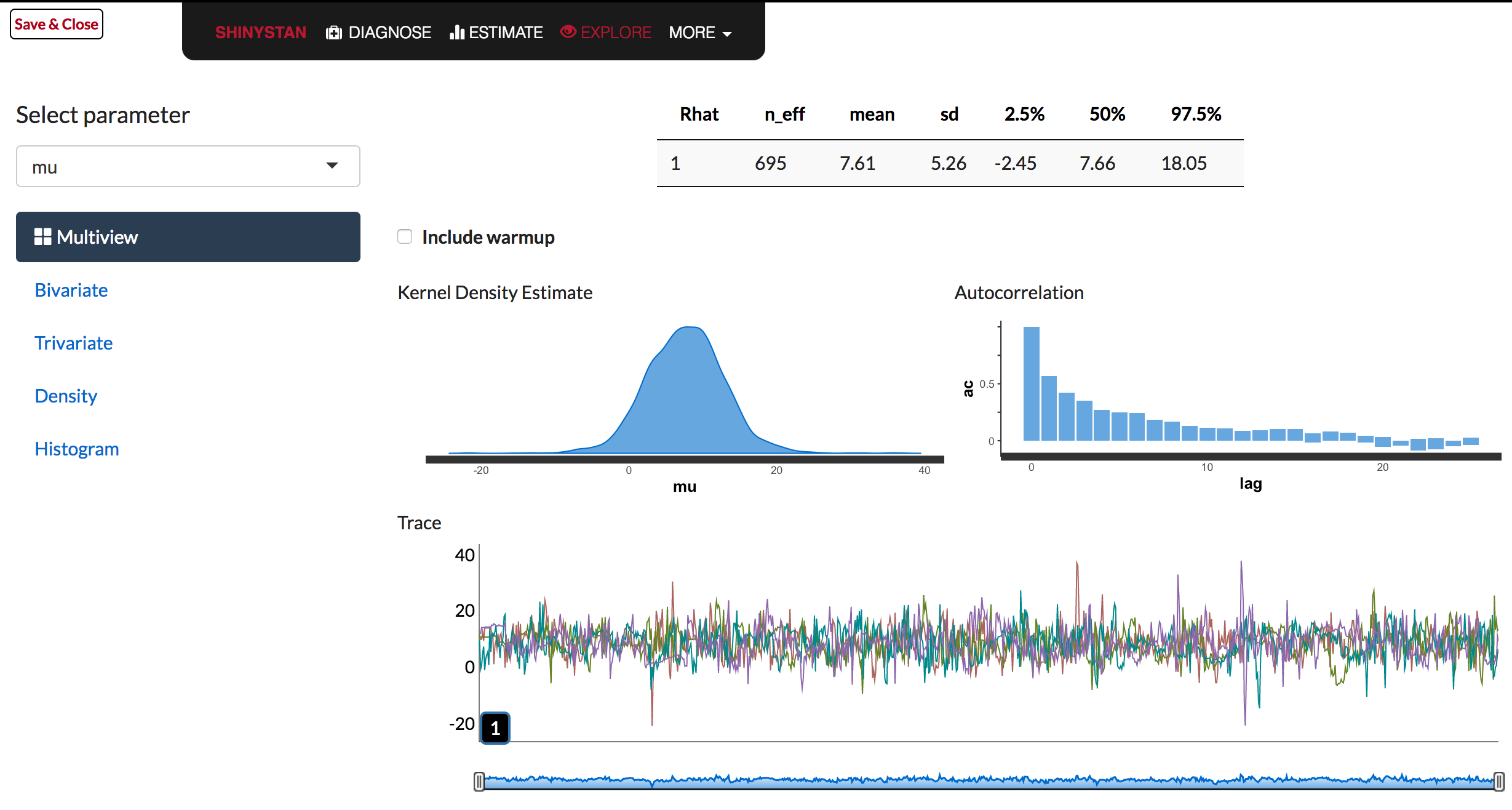 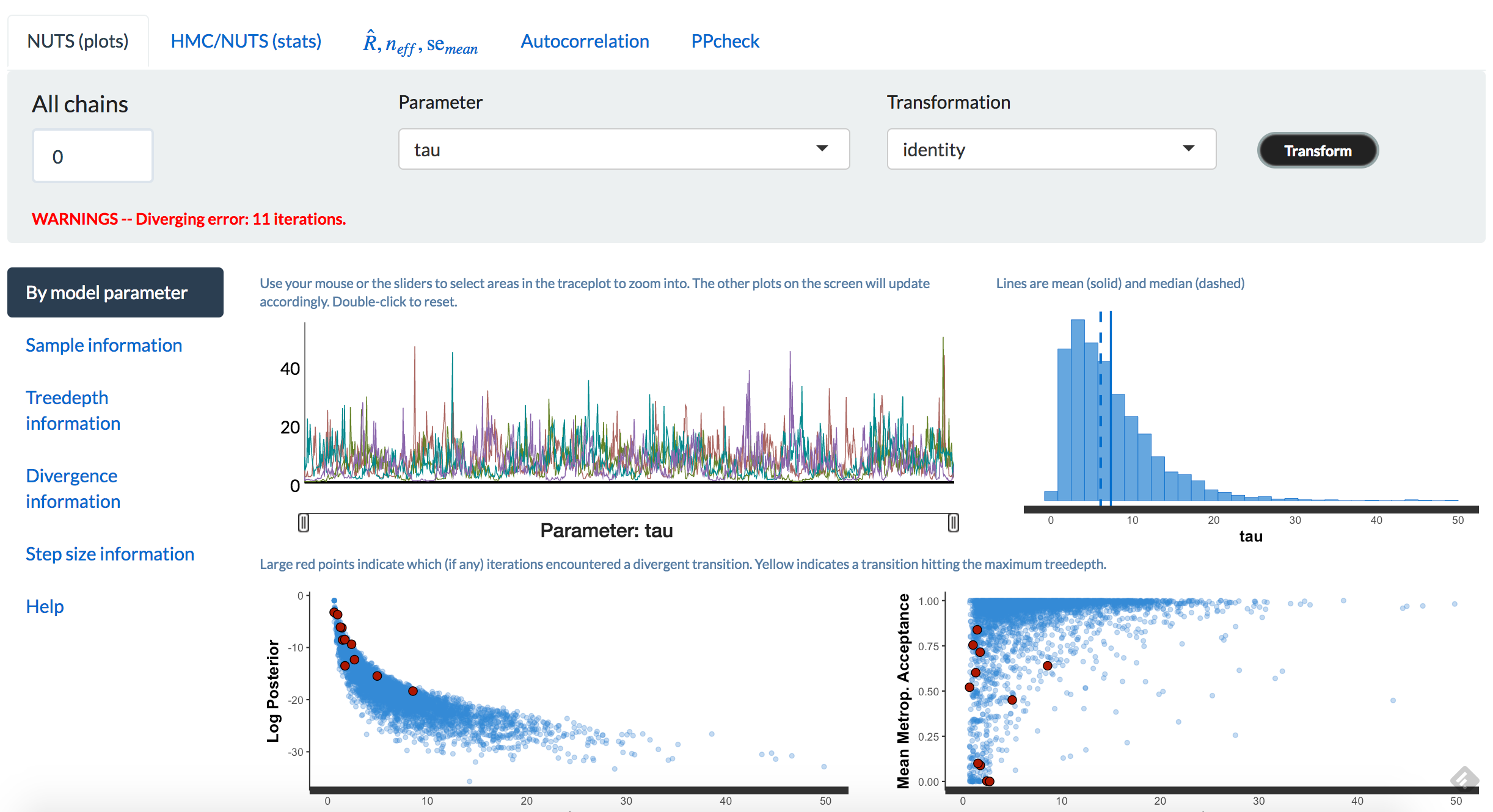 Applied Bayesian data analysis is primarily implemented through the MCMC algorithms offered by various software packages. When analyzing a posterior sample obtained by one of these algorithms the first step is to check for signs that the chains have converged to the target distribution and also for signs that the algorithm might require tuning or might be ill-suited for the given model. There may also be theoretical problems or practical inefficiencies with the specification of the model.

ShinyStan provides interactive plots and tables helpful for analyzing a posterior sample, with particular attention to identifying potential problems with the performance of the MCMC algorithm or the specification of the model. ShinyStan is powered by RStudio's Shiny web application framework and works with the output of MCMC programs written in any programming language (and has extended functionality for models fit using RStan and the No-U-Turn sampler).

The shinystan package allows you to store the basic components of an entire project (code, posterior samples, graphs, tables, notes) in a single object. Users can save many of the plots as ggplot2 objects for further customization and easy integration in reports or post-processing for publication.

shinystan also provides the deploy_shinystan function, which lets you easily deploy your own ShinyStan apps online using RStudio's ShinyApps service for any of your models. Each of your apps (each of your models) will have a unique url and is compatible with Safari, Firefox, Chrome, and most other browsers.