PlotJuggler is a tool to visualize time series that is fast, powerful and intuitive.

Transform and analyze your data

PlotJuggler makes it easy to visualize data but also to analyze it. You can manipulate your time series using a simple and extendable Transform Editor. 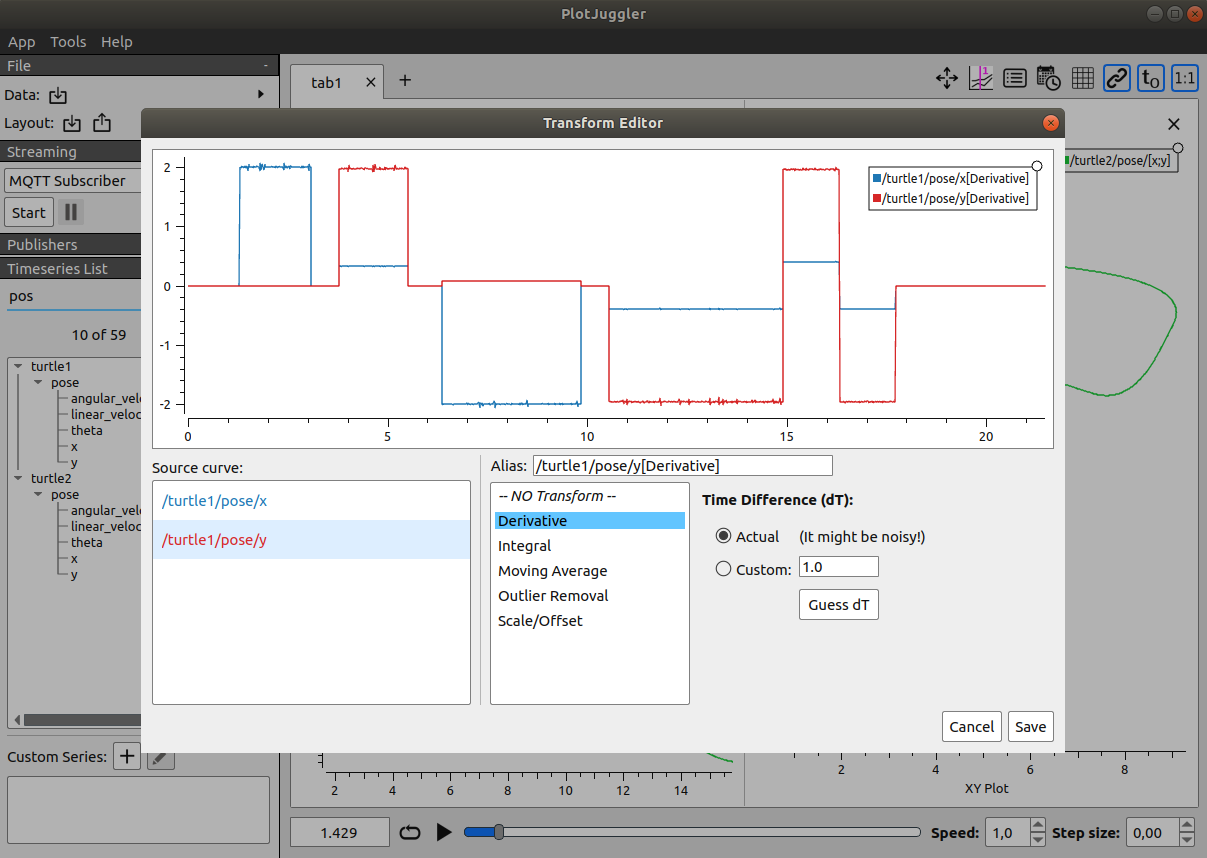 Alternatively, you may use the Custom Function Editor, that allows you to create Multi-input / Single-output functions using a scripting language based on Lua.

If you are not familiar with Lua, don't be afraid, you won't need more than 5 minutes to learn it ;) 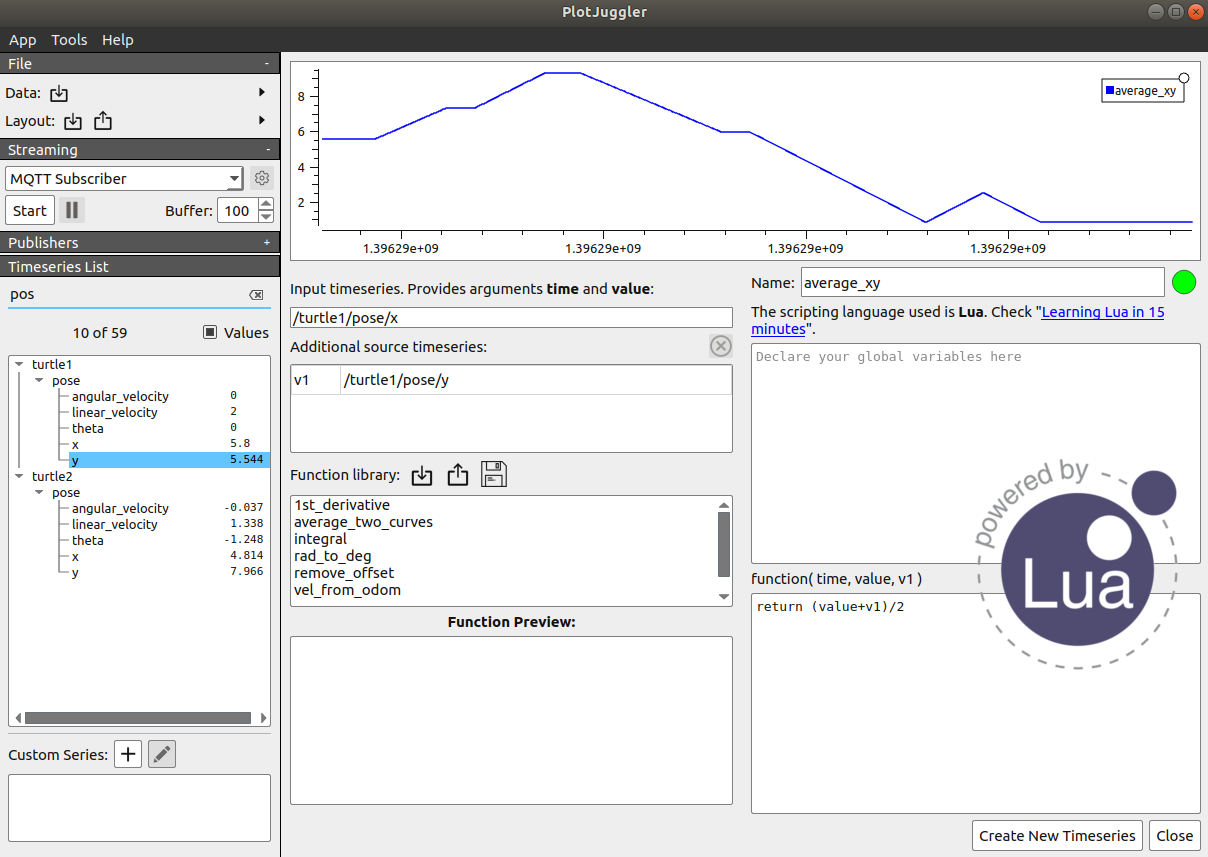 On Linux, the simplest way to install PlotJuggler is through snaps:

Clone the repository as usual:

The only binary dependency that you need installed in your system is Qt5. On Ubuntu, the debians can be installed with the the command:

Then compile using cmake (qmake is NOT supported):

Note: the plugins need to be installed in the same folder of the executable.

I added a fix that will be available in the next release.

To launch PlotJuggler on ROS, use the command:

Since version 3.x, ROS plugins have been moved to a separate repository:

Refer to the instructions in the this repository if you want to compile PJ and its ROS plugins from source.

PlotJuggler required a lot of work to be developed; my goal is to build the most intuitive and powerfull tool to visualize data and timeseries.

If you find PlotJuggler useful, consider making a donation on PayPal or become a Github Sponsor.

If you use PlotJuggler at work, your company can support the development of those specific features they need.