Install it from the VS Code Marketplace. 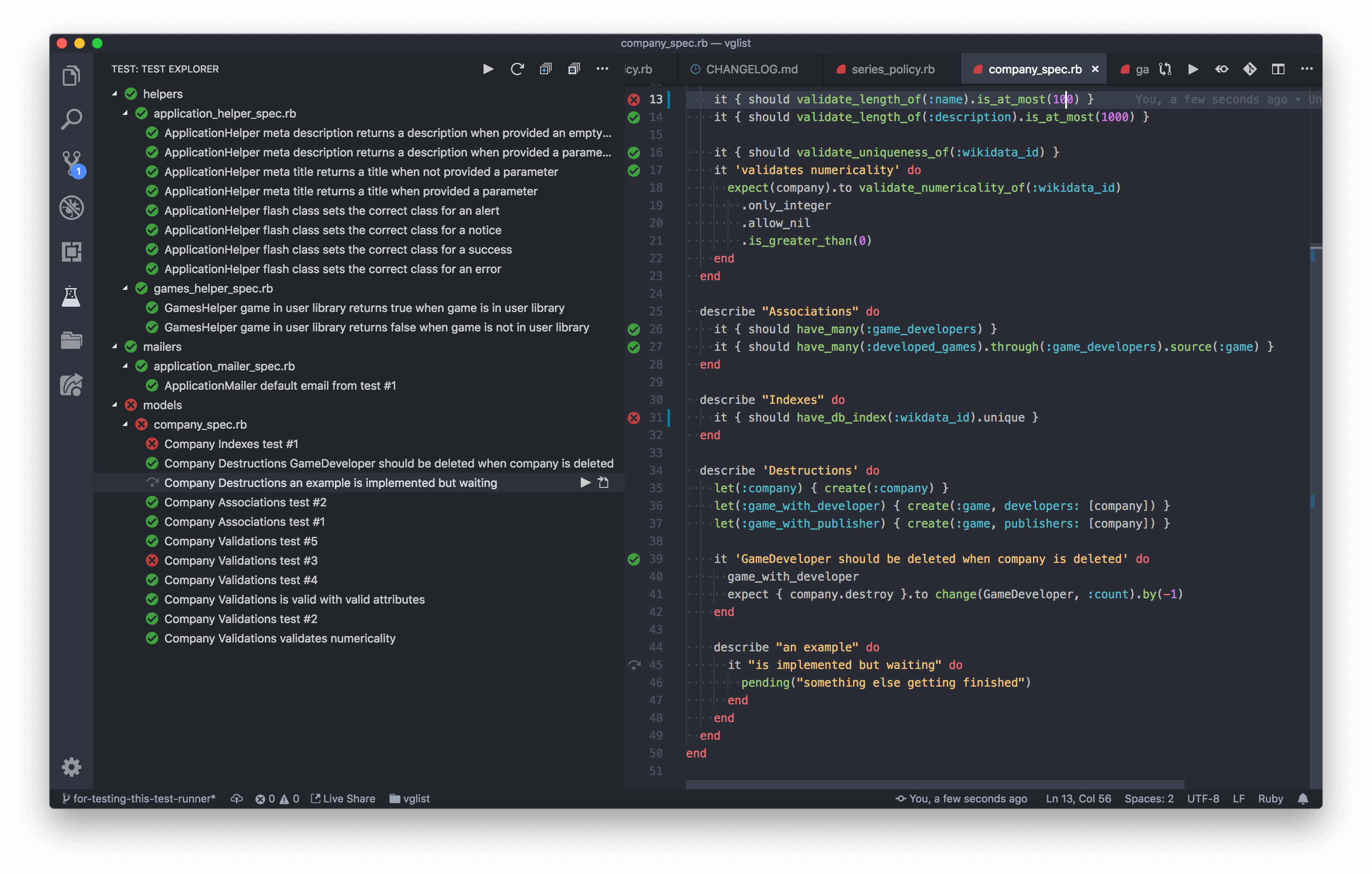 The extension supports the RSpec and Minitest test frameworks.

The extension needs Ruby and the rspec-core gem installed (and any other dependencies required by your test suite). It's been tested with Ruby 2.6 and Rspec 3.8, but it should work with most recent versions of Ruby and all versions of Rspec 3.x above 3.6.0 (versions before 3.6.0 do not currently work because they don't expose an id property for tests in the JSON formatter).

By default, you need to have rspec installed via Bundler with a Gemfile and bundle install, otherwise bundle exec rspec won't work. If you want to run your Rspec tests with a command other than bundle exec rspec, you can configure the command with the rubyTestExplorer.rspecCommand setting.

The extension needs Ruby and the minitest gem installed (and any other dependencies required by your test suite). It's been tested with Ruby 2.5 and 2.6, and Minitest 5.x. It should work with most recent versions of Ruby and Minitest.

The following configuration options are available:

If the extension doesn't work for you, here are a few things you can try:

If all else fails or you suspect something is broken with the extension, please feel free to open an issue! :)

You'll need VS Code, Node (any version >= 8 should probably work), and Ruby installed.

This extension is based on the example test adapter, it may be useful to check that repository for more information. Test adapters for other languages may also be useful references.

There are two groups of tests included in the repository.

You can see .github/workflows/test.yml for CI configurations.

See the VS Code extension docs for more info.

Before publishing, make sure to update the CHANGELOG.md file. You also need to be logged in to vsce. When creating a Personal Access Token to log in, make sure to give it access to all organizations in your Azure DevOps account. Otherwise, it won't work correctly.