A replacement for the disruptive, rounded-square volume HUD included with stock iOS. Only for jailbroken devices.

VolumeBar9 has many customizable options, from the colors of the banner and slider to interaction with the banner itself.

This project stems from my previous project, VolumeBar.

VolumeBar9 is confirmed to work on iOS 9.3.3, on an iPhone 6S set to the resolution of an iPhone 6S+. There doesn't seem to be a reason for it not to work on iOS 9.3.2 and below, but it has not been tested (yet), and it also hasn't been extensively tested on any other devices. iPads in particular may cause bugs concerning the bigger screens.

Currently, VolumeBar9 is full of features that users have asked for. However, there's always room for improvement, so feel free to suggest more. 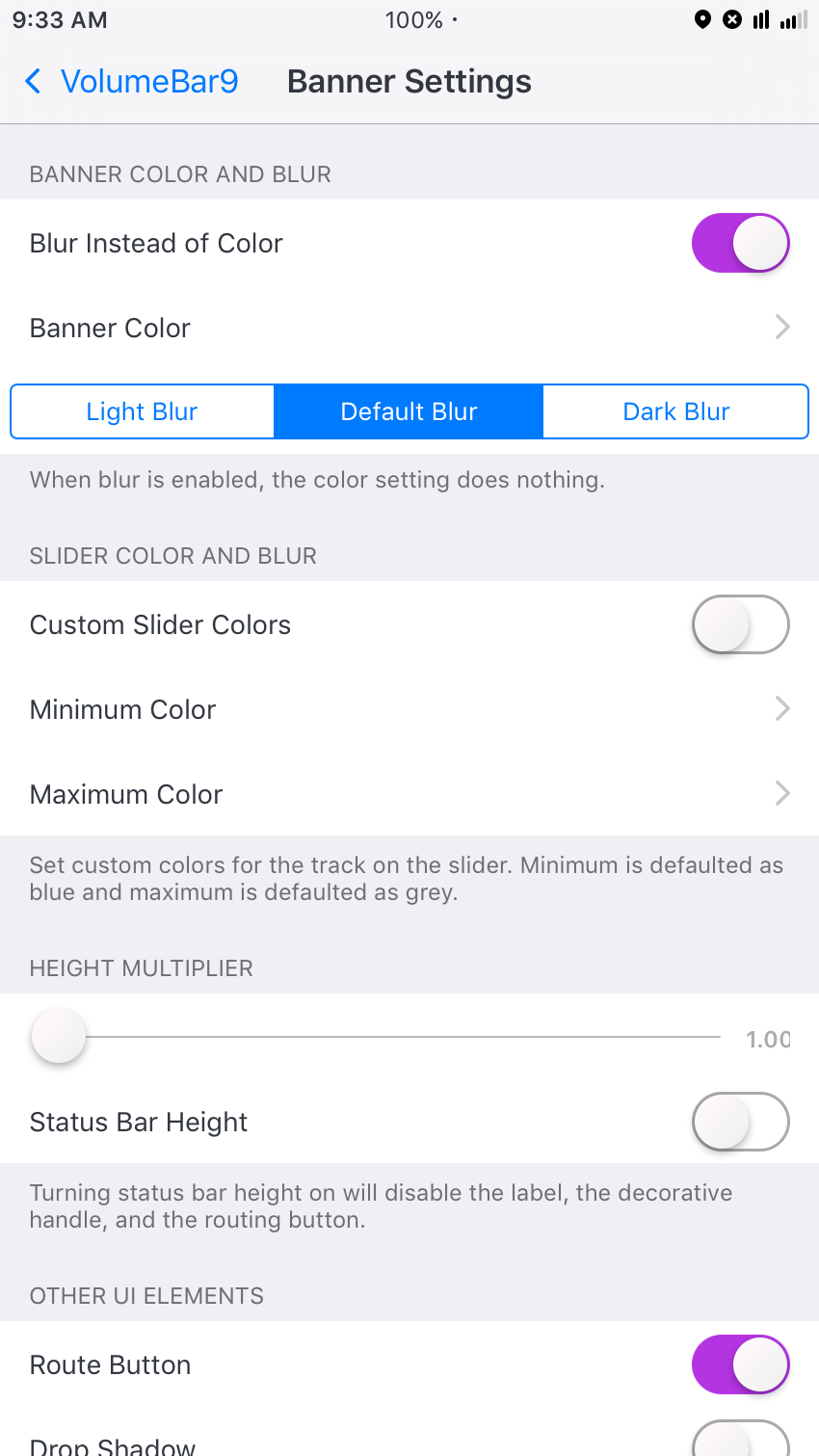 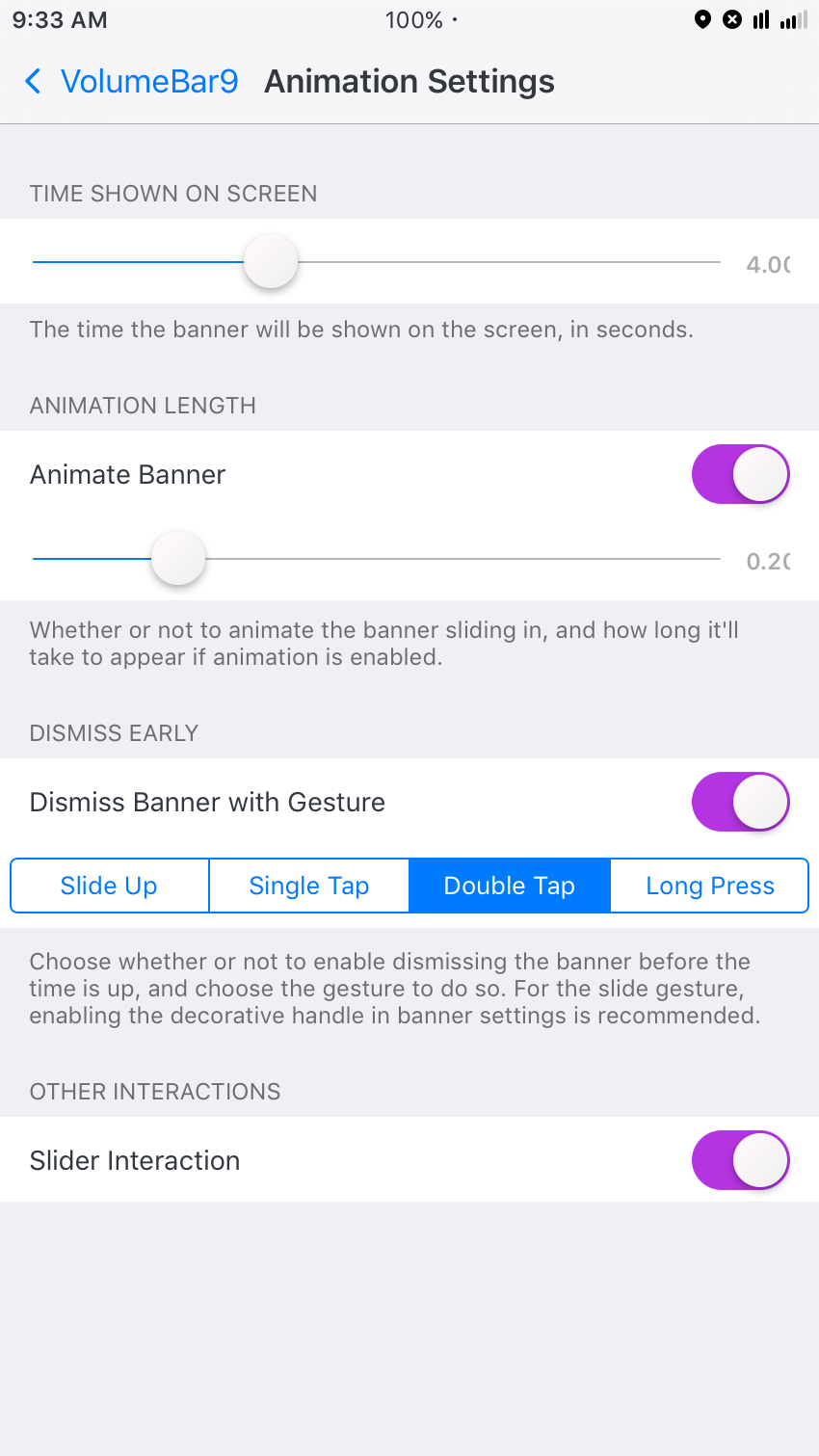 To install on a jailbroken iOS device, add my Cydia repo: cgm616.me/repo/. Then install the VolumeBar9 package.

It has a few dependencies: libcolorpicker and libobjcipc, which are both most likely installed already on your device.

Alternatively, you can install and setup theos, clone this repo, and build it and install it on your device with:

In addition to both of those methods, deb files can be downloaded from the GitHub releases page. Then, they will need to be transferred to the device and installed using iFile, Filza, some other file manager, aptitude, or dpkg.

Every new update pushed on my Cydia repo is also tagged and signed, which can be seen on the GitHub tags page.

These tags have small descriptions of changes, which are also copied below. Longer versions can be found on the GitHub releases page.

All of the code I have written in this project, which is most of it, along with some snippets from StackOverflow and otherwise, is licensed under the MIT License.

The full text of this License is below, contained in the LICENSE.md file, and available at choosealicense.com.

If you find something you can fix or otherwise make better, please feel free to do so. Another way to contribute is create GitHub issues for features you want and bugs you find. I need help testing the tweak on many different devices.

Fork the repo and create a pull request here on GitHub and I'll take a look. In your fork, add yourself to the contributors list below as well!