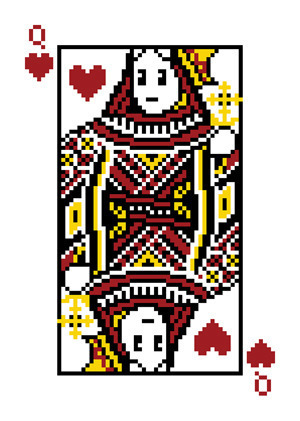 Queryda loves your data as much as you do! Designed for lightweight, intelligent alarming, it will execute and "watch" Elasticsearch and Cassandra queries via workers, comparing their results to one or more given expectations via a pipeline of validators. When query results does not match the expectations, a reporter is notified and can perform any kind of action (e.g. heat up the coffeemaker via IFTTT before sending an email to your dev team).

For a natively ELK/Elassandra UI integrated and advanced alerting plarform, check out our Kibana App SENTINL

or clone the git repository and install the dependencies locally

Let's run queryda with the following commandline (or using the example.json from the jobs dir).

queryda can be configured either via commandline or using a JSON file (suggested method via --configfile parameter). Both ways require to specify option groups with individual settings (e.g. for elasticsearch, for the reporters, for the validator, ..). A set of example JSON files for Cassandra and Elasticsearch can be found in the jobsdir.

The following options are currently available:

A name of your choice to identify this job. This will be used by the reporters to identitfy this individual call.

An elasticsearch query statement. Refer to the elasticsearch documentation for details about syntax and features. Should return a result set that contains the supplied fieldName to match against.

An elasticsearch aggregation statement. Refer to the elasticsearch documentation for details about syntax and features. Should return a result set that contains the supplied aggName to match against.

A Cassandra query statement. Refer to the cassandra documentation for details about syntax and features. Should return a result set that contains the supplied fieldName to match against.

A set of Parameters/Variable to be used by the CQL Query.

Validator(s) to compare the query results against. Expects an object with key/value pairs where key ist the name of the validator and value is the validator-specific configuration. See Validators for more details.

Reporter(s) to notify about alarms. Expects an object with key/value pairs where key ist the name of the reporter and value is the reporter-specific configuration. See Reporters for more details.

Name of JSON file to read config from. Expects main options as top-level properties (see example.json for a live example).

A Validator takes a query result received from elasticsearch and compares it against a given expectation. This can be as easy as checking if a value equals a given constant or as complex as checking the average of a series of values against an allowed range with an explicit threshold.

The Range Validator checks a given Field for mix/max boundaries with tolerance factor.

The Anomalies Validator can determine clusters of data and then also identify values which do not identify with any derived cluster and delcare them outliers.

You can create custom validators by creating a new class that extends the Validator class (see RangeValidator for an example).

By default queryda does nothing more than executing its configured jobs, raising alarms if expectations aren't met. If you want to perform any action in such an alarm case, you have to define a reporter.

To put it simple - reporters are notified about alarms, which means a configured expectation isn't met for a given number of times. They can then do helpful things depending on their type like sending an email, creating a ticket in your ticket system, etc.

Reporters are defined inside a job's config, you can set either one or multiple of them. Most reporters need a specific configuration that is based on the reporter type.

The ConsoleReporter is just meant for demonstration purpose and simply logs a message to the console and has no configuration options.

The MailReporter sends an email to one (or multiple) given e-mail address(es). It offers the following configuration:

You can create custom reporters by creating a new class that extends the Reporter class (see ConsoleReporter for an example).

There's plenty of work to be done in order to make this tool powerful - any help and contribution is appreciated!

All rights reserved by their respective owners.

Original Fork based on Elasticwatch-JS by QXIP, and its Coffeescript parent.

Apache Cassandra, Apache Lucene, Apache, Lucene, Solr, TinkerPop, and Cassandra are trademarks of the Apache Software Foundation or its subsidiaries in Canada, the United States and/or other countries.

Sentinl is a trademark of QXIP BV and Siren Solutions.