A web based Windows 98 desktop remake. 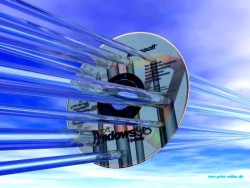 Not yet licensed. This project is currently source-available / shared source, but not open source.

Apps that it would be nice to integrate:

Plus many more web desktops on Wikipedia, awesome-web-desktops, and awesome-OS.

When pulling changes from git, run npm install again in case there are any new or updated dependencies. (If you know package-lock.json hasn't changed, you shouldn't need to do this.)

Some dependencies are versioned with npm, but pulled into the repo with npm run pull-libs

To update subrepos, or push changes to them, install git-subrepo. You don't need this tool to clone the project and get up and running, as subrepos are just normal subdirectories with a .gitrepo metadata file. Note that the metadata file references specific commit hashes, including between repositories, so it's best to avoid rebasing when subrepo updates are involved, i.e. once you do a subrepo command, it makes a commit, and should leave it (and earlier commits) alone, and you should leave commits in the subrepo alone, before and up to any commits referenced by the containing project. I'd recommend phrasing commit messages to apply to the subrepo, primarily, rather than the containing project. If you so much as edit the commit message for a git subrepo pushed commit, you'd have to update the .gitrepo metadata file manually, OR you could drop the commit you pushed and the git subrepo push commit (which updates the metadata) and do git subrepo pull instead (which btw gives you an option to rename the commit; and I think renaming that commit would be safe after the fact anyways as long as it's the last commit and not pushed).