Roadmap to becoming a React developer in 2019:

Below you can find a chart demonstrating the paths that you can take and the libraries that you would want to learn to become a React developer. I made this chart as a tip for everyone who asks me, "What should I learn next as a React developer?"

The purpose of this roadmap is to give you an idea about the landscape. The road map will guide you if you are confused about what to learn next, rather than encouraging you to pick what is hip and trendy. You should grow some understanding of why one tool would be better suited for some cases than the other and remember hip and trendy does not always mean best suited for the job 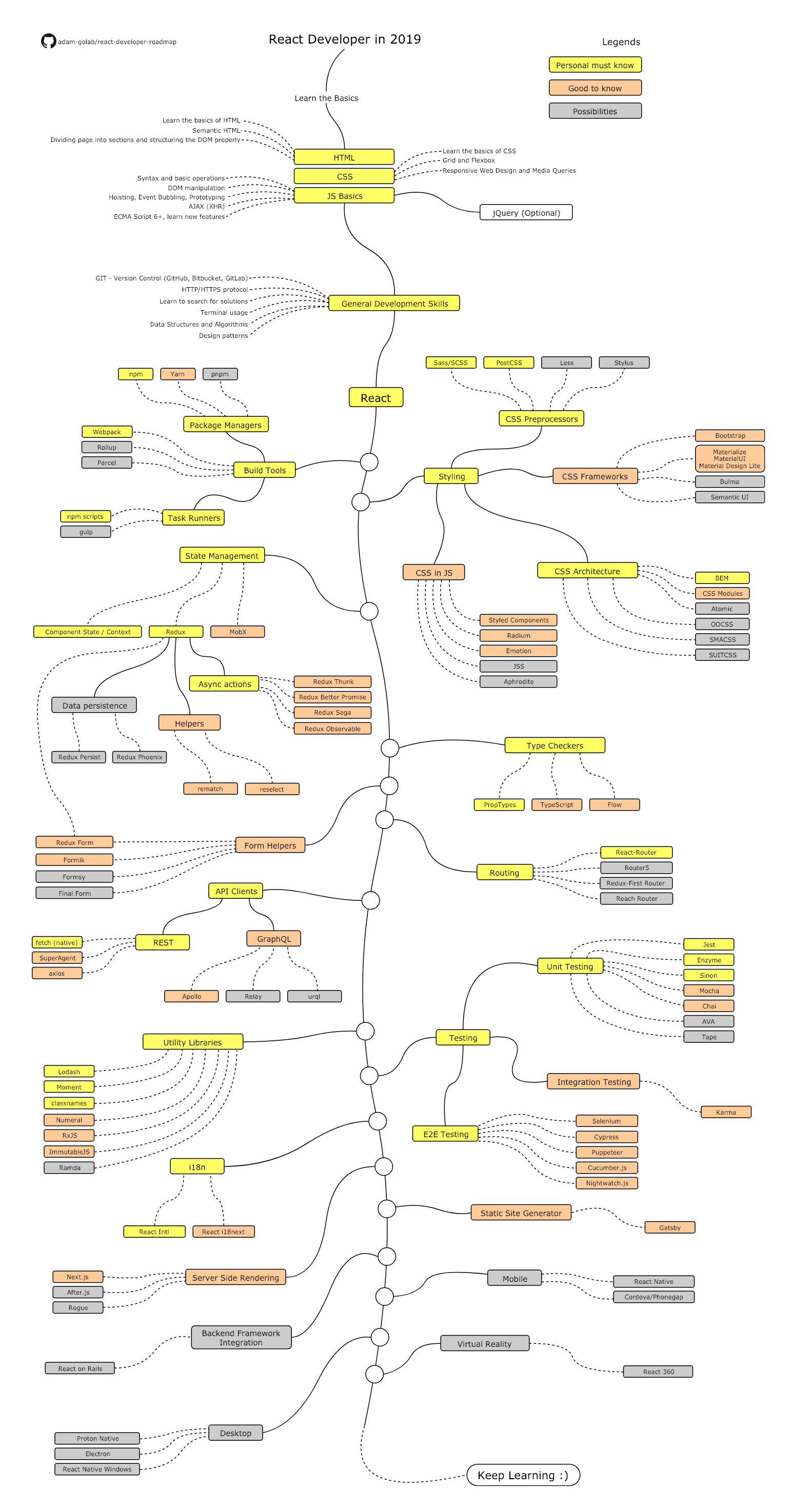 If you think the roadmap can be improved, please do open a PR with any updates and submit any issues. Also, I will continue to improve this, so you might want to star this repository to revisit.

The roadmap is built using Draw.io. Project file can be found at /src directory. To modify it, open draw.io, click Open Existing Diagram and choose xml file with project. It will open the roadmap for you. Update it, upload and update the images in readme and create a PR (export as png).