Stealth is a different kind of Web Browser that aims to achieve increased privacy, increased automation, intelligent understanding of the web and efficient bandwidth usage, no matter the cost.

It is built by a former contributor to both Chromium and Firefox, and is built out of personal opinion on how Web Browsers should try to understand the Semantic Web.

Stealth empowers its Users, not Website Developers that could (,will ,and did) abuse technologies to compromise the freedom or rights of Web Browser End-Users.

Stealth also focusses on Privacy in the sense of "Real Privacy" that does not trust any website or any URL by default. Everything has to be whitelisted by either Site Modes or Site Filters and Site Optimizers whereas the latter two allow auditing the design, content and media of regularly visited websites in an automated manner.

Currently Stealth is just a couple weeks old and is in a prototypical stage. If you are a Software Developer and want to help, you are welcome to join the project.

Non-developing users won't enjoy it much, currently - as things are quite buggy and incomplete in its current state. However, due to the concept of using node.js and focussing on a privacy-oriented audience, Stealth will initially be released for MacOS and GNU/Linux.

The network behaviour on Windows cannot be guaranteed, really, so it is recommended to install Stealth on an external GNU/Linux system (like a Raspberry Pi for a few bucks) and use Stealth as a Web App or Stealth as a Web Proxy.

Detailed Screenshots are in the /guide/screenshots folder. 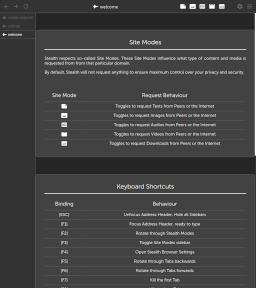 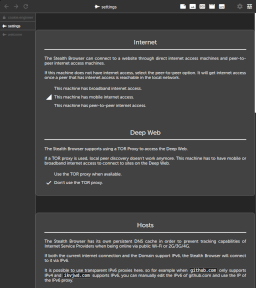 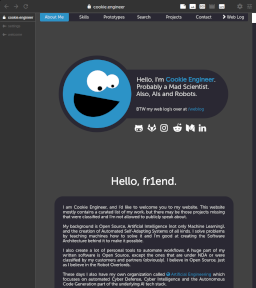 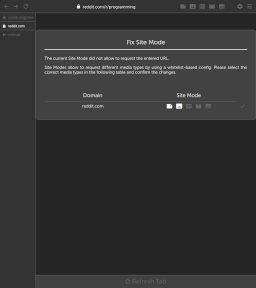 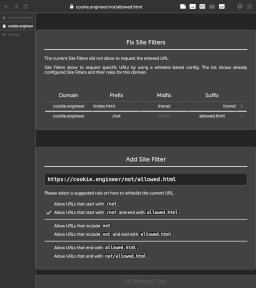 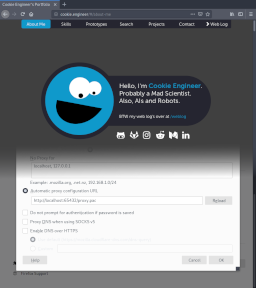 Stealth is both a Web Scraper, Web Service and Web Proxy that can serve its own User Interface ("Browser UI") which is implemented using Web Technologies.

If you don't wanna deal with the native build toolchain, this is how to get started as quickly as possible:

Browser, the Browser UI and Stealth are implemented using ECMAScript Modules (.mjs) in order to export and import code. This means that a modern ECMAScript Runtime like node.js 10+, Firefox 65+ or Chromium 70+ is necessary to execute the code.

Currently this repository does not contain a Web Browser Engine. At a later point in time it will be decided whether a hard-fork of another Engine (like servo or blink / webkit) is necessary.

For now, use Stealth as a Web App that uses one of many natively available Web View based technologies.

Stealth can be used via <iframe> or <webview> element inside a modern Browser Engine or can be used as a Progressive Web App. The browser.sh supports most commonly preinstalled Web Browsers among Desktop Environments (that need to be up-to-date and support ESM modules).

IMPORTANT: On Android, Stealth can be used by visiting the URL and bookmarking it as a Web App. The Stealth Icon will appear on your home screen, and it will behave like a native Mobile App.

Stealth can be used as a Web Proxy in Firefox or other Browsers that allow using an HTTP Proxy for all network protocols by using the Proxy Auto-Configuration format.

Further configuration instructions and how to configure Stealth via Bookmarklets are written down in the Stealth as Web Proxy document.

Private Usage of Stealth, including its Browser and Browser UI is licensed under GNU GPL 3.

Commercial Usage is meant for Businesses and Companies that use Stealth for Web Automation, Web Scraping, Web Filtering or Web Intelligence purposes.

A Commercial License will be available for purchase once Stealth reaches the X0 milestone and is released to the public.

For the time being, assume All Rights Reserved and (c) 2019-* Cookie Engineer for Commercial Usage.