Traefik (pronounced traffic) is a modern HTTP reverse proxy and load balancer that makes deploying microservices easy. Traefik integrates with your existing infrastructure components (Docker, Swarm mode, Kubernetes, Marathon, Consul, Etcd, Rancher, Amazon ECS, ...) and configures itself automatically and dynamically. Pointing Traefik at your orchestrator should be the only configuration step you need.

⚠️ Please be aware that the old configurations for Traefik v1.x are NOT compatible with the v2.x config as of now. If you're running v2, please ensure you are using a v2 configuration.

Imagine that you have deployed a bunch of microservices with the help of an orchestrator (like Swarm or Kubernetes) or a service registry (like etcd or consul). Now you want users to access these microservices, and you need a reverse proxy.

Traditional reverse-proxies require that you configure each route that will connect paths and subdomains to each microservice. In an environment where you add, remove, kill, upgrade, or scale your services many times a day, the task of keeping the routes up to date becomes tedious.

This is when Traefik can help you!

Traefik listens to your service registry/orchestrator API and instantly generates the routes so your microservices are connected to the outside world -- without further intervention from your part.

Run Traefik and let it do the work for you! (But if you'd rather configure some of your routes manually, Traefik supports that too!) 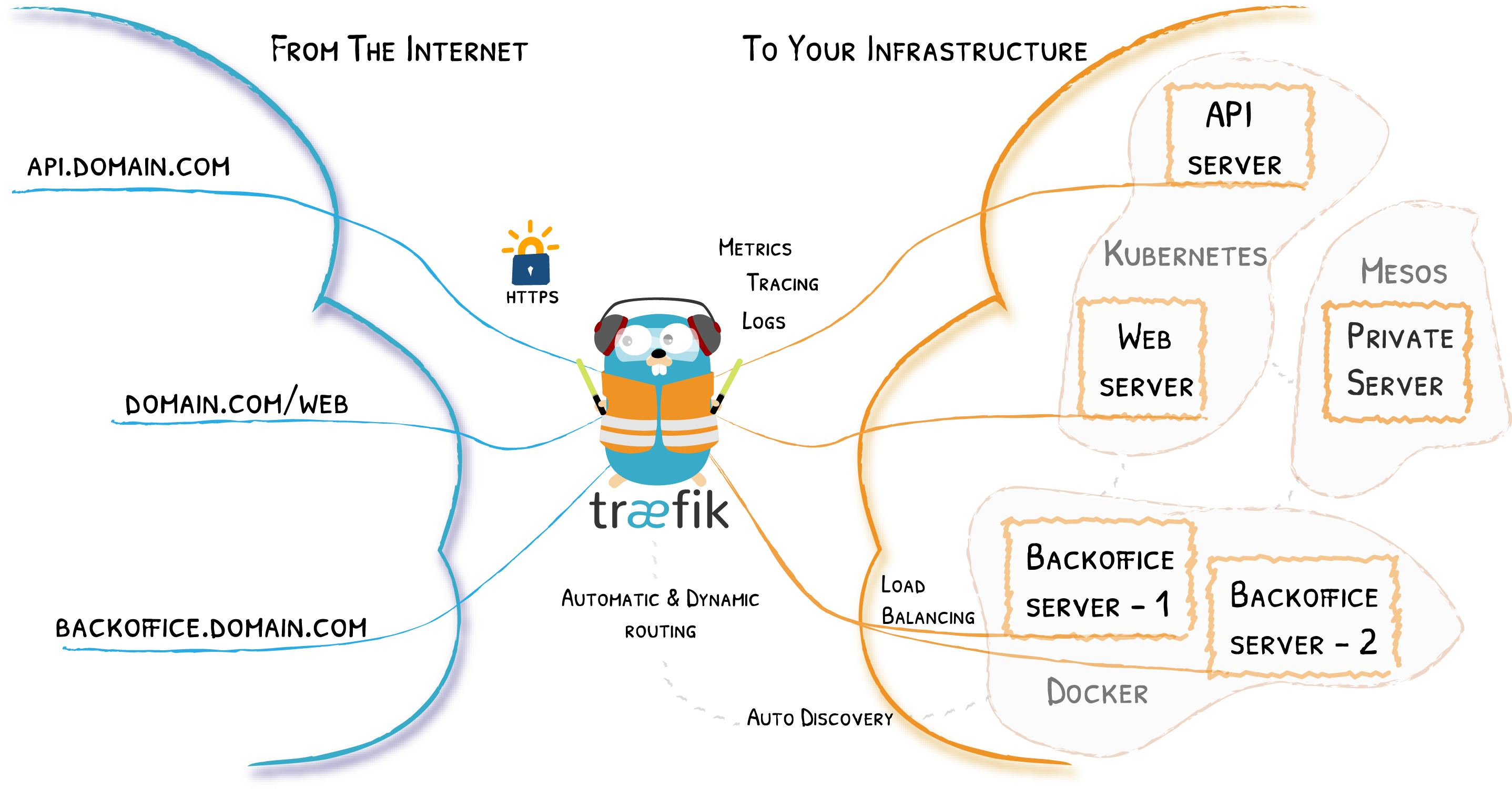 To get your hands on Traefik, you can use the 5-Minute Quickstart in our documentation (you will need Docker).

You can access the simple HTML frontend of Traefik. 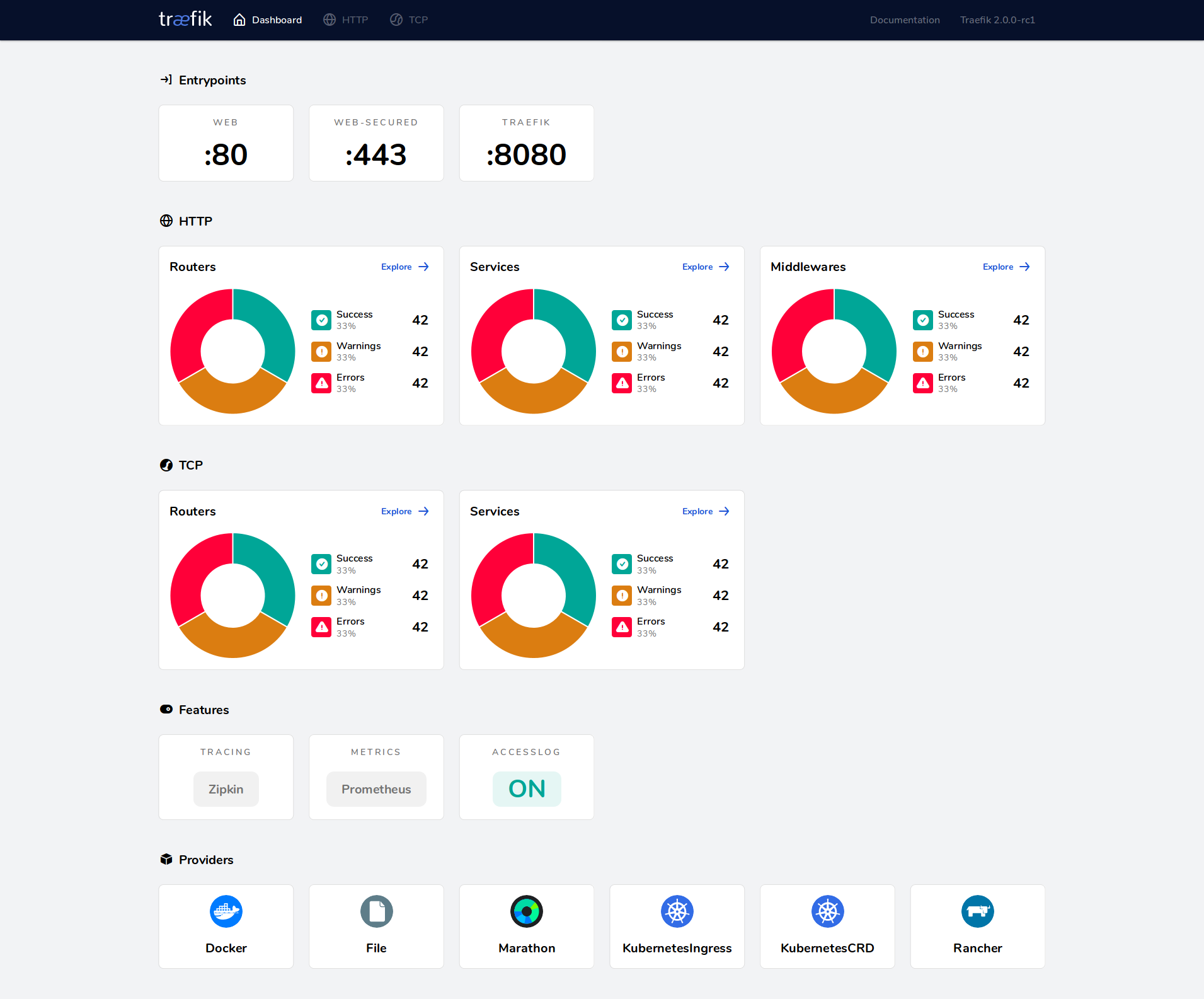 You can find the complete documentation of Traefik v2 at https://doc.traefik.io/traefik/.

A collection of contributions around Traefik can be found at https://awesome.traefik.io.

To get community support, you can:

You can find high level and deep dive videos on videos.traefik.io.

We are strongly promoting a philosophy of openness and sharing, and firmly standing against the elitist closed approach. Being part of the core team should be accessible to anyone who is motivated and want to be part of that journey! This document describes how to be part of the core team as well as various responsibilities and guidelines for Traefik maintainers. You can also find more information on our process to review pull requests and manage issues in this document.

If you'd like to contribute to the project, refer to the contributing documentation.

Please note that this project is released with a Contributor Code of Conduct. By participating in this project, you agree to abide by its terms.

We use Semantic Versioning.

Kudos to Peka for his awesome work on the gopher's logo!.

The gopher's logo of Traefik is licensed under the Creative Commons 3.0 Attributions license.

The gopher's logo of Traefik was inspired by the gopher stickers made by Takuya Ueda. The original Go gopher was designed by Renee French.