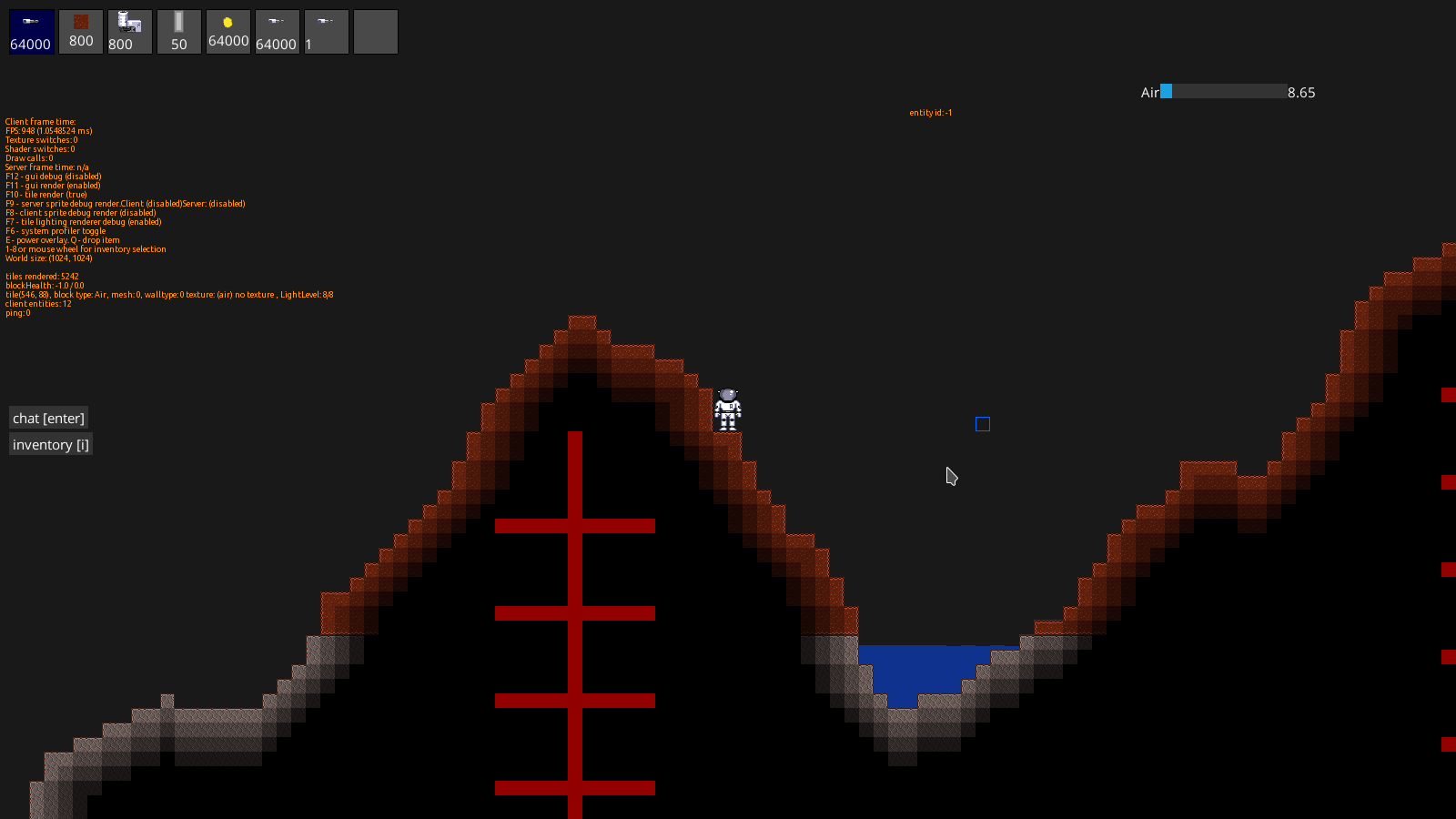 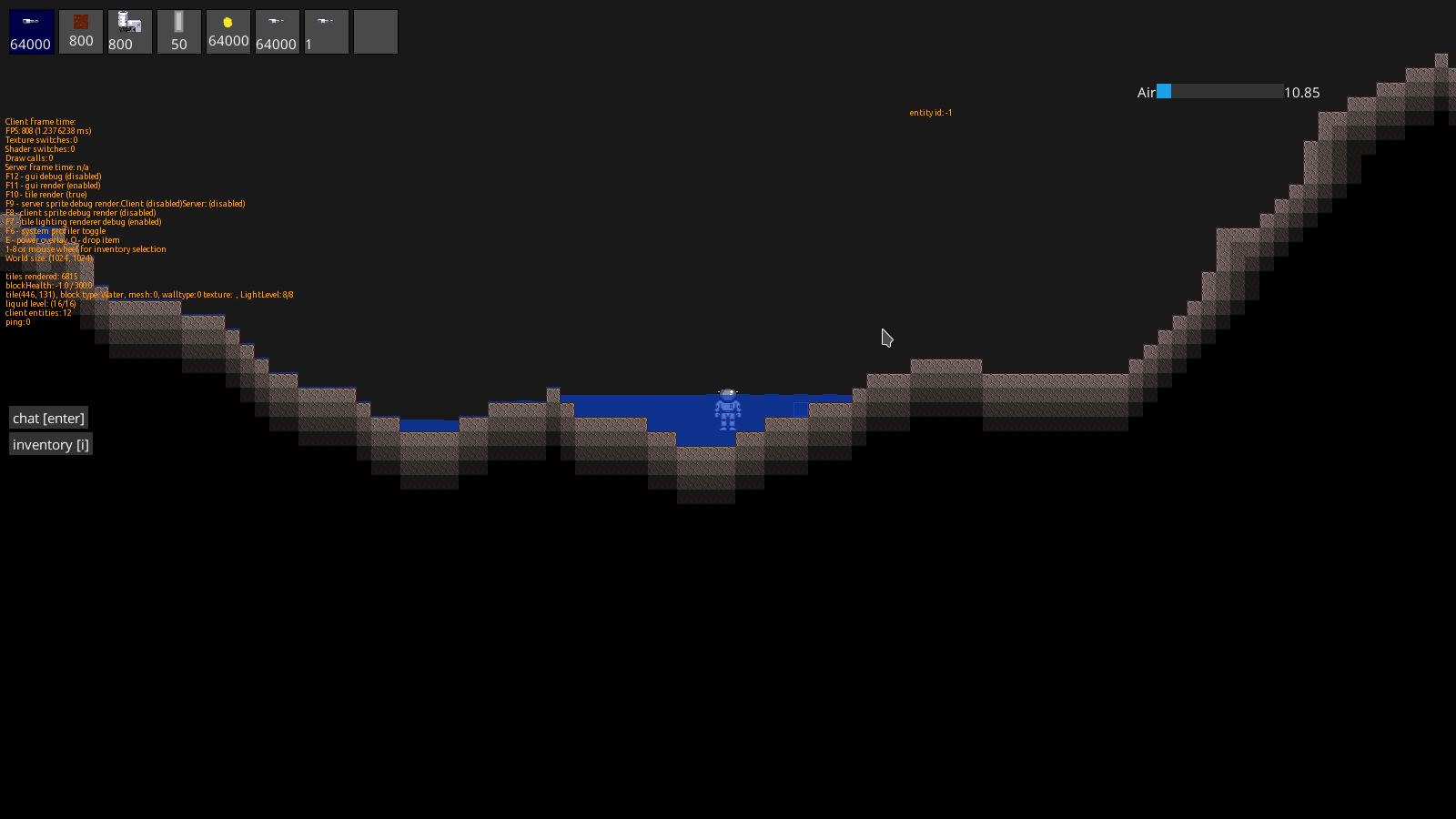 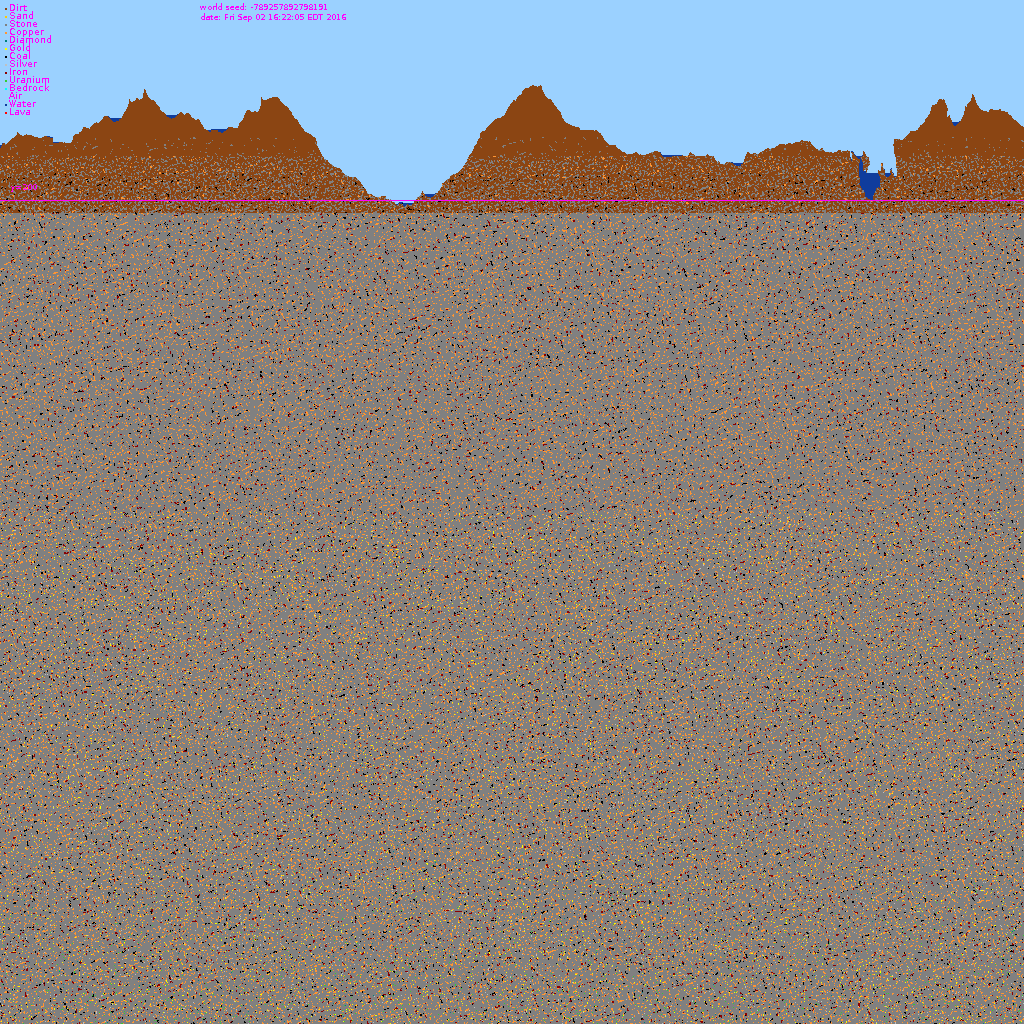 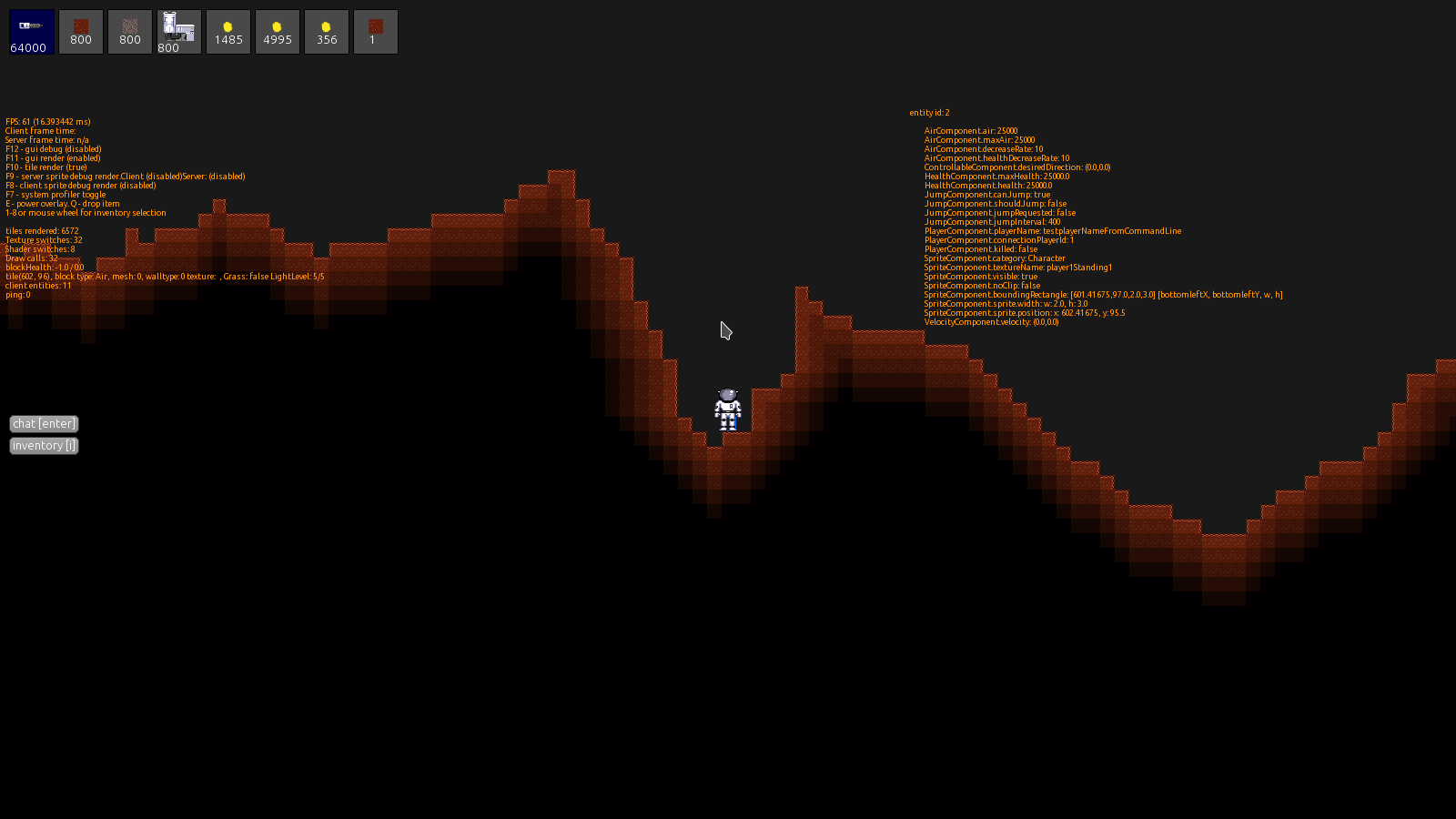 Inspired a lot by tekkit(now feed the beast) for minecraft, but I'm not a fan of its overwhelming complexity, although it has some really great gameplay ideas/mechanisms. I aim to incorporate some of these ideas, improve them where I can, improve the process and hopefully make it easier, less grueling and more fun.

I'm likely going to go the route of making energy consumption/production be a global thing. For example, placing a generator will increase your global energy generation rate/stats by that much. I'm most interested in having devices depend on resources, and use them to do neat things, assuming it doesn't make things too overwhelmingly complicated for someone like me. Having to manage fuel sources for generators, switch off devices when too much is being consumed (so that important devices like charging stations, which enable you to dig), and defenses, don't stop working.

Basically it's only a tech demo right now, no gameplay. Unless you count walking around gameplay. Then it's got lots of that.

It is planned and written for multiplayer but so far has only been tested local machine only.

It also will not have any lag compensation/prediction at all for a while until I get more functionality (functionality being more important, and lag compensation can be a bit of an after thought, as it is more time consuming and requires a lot of tuning)..not to mention the protocol will need to be optimized, eg things like block sending are very inefficient, as I work on getting other features in. It also currently spams packets like crazy, when it should be aiming for 20-30 packets/s each for client or server.

#Platforms All desktop platforms (which can run the JVM) (Linux with OpenJDK, Windows, macOS).

You will need java 8 (jre 1.8) installed. OpenGL 3.0+ (shouldn't be difficult to meet, linux open source drivers usually meet that easily these days. Any integrated gpu in the past several years should support it).

Regular releases are made (runnable jars) after every commit. See github releases

Simply execute it by clicking, or by command line with java -jar pathtojar

If you wish to test and such, you'll probably want to enable assertions, as I use them all over the place to ensure consistent game state, and sane behavior. You must pass -ea ("enable assertions") to VM Options.

Should work with every IDE just fine. For IDEA, see: http://www.jetbrains.com/idea/help/setting-configuration-options.html

To build locally, just check out the code. It uses a submodule currently, for the assets. So run git clone update --recursive <the url>. If you've already checked out the main repo and forgot to run it with --recursive, you won't have the submodule located in ore-infinium/core/assets. So, do git submodule update --init --recursive

I'm using Kotlin, so you can use Intellij IDEA or eclipse(if you download the plugin).

Be sure to set the working directory to the assets directory, or more easily, just invoke the desktop:run gradle task.

There are some command line arguments that can be passed to it. Find them by running java -jar ./ore-infinium-and-what-not --help. Some of these switches are used for development, some are used for gameplay, testing etc.

Feel free to talk to me on gitter, ask questions, get help, create issues, make patches!