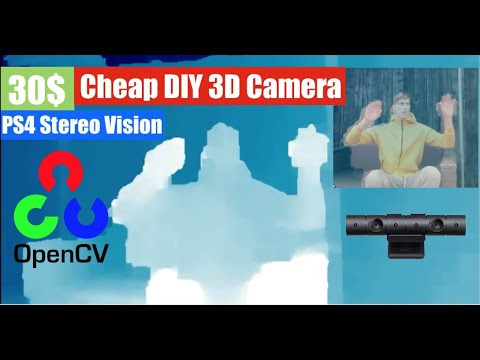 Since the launch of the Xbox Kinect, a lot of researchers have used it for robotics and computer vision projects because of its low price while showing great performance. Lately however the Xbox kinect hardware is getting outdated with its low resolution RGB camera and IR based depth perception system which is sensative for other IR light sources. This sensitivty to other IR light sources for examples renders the xbox kinect compelty useless for outdoor projects. Because of these limitations a replecement is needed. This is where the PS4 camera comes into play.

For more detailed instructions you can visit: https://www.instructables.com/HACK-PlayStation-4-Cam-Into-Cheap-3D-Depth-Camera-/

Step 4: Now we can view the Depth or RGB image from the camera.

After using the camera you may find the default video settings of the camera insufficient. The image may be to dark inside or the resolution is not the one you want to use. These settings can be changed by following the steps below.

To change video settings we first need to install the v4l2-utils package. We can do this with the following command.

Now we can view all available settings with.

To change for example the exposure we can use the following command.