RestRserve is an R web API framework for building high-performance AND robust microservices and app backends. With Rserve backend on UNIX-like systems it is parallel by design. It will handle incoming requests in parallel - each request in a separate fork (all the credits should go to Simon Urbanek).

Creating application is as simple as:

Test it with curl: 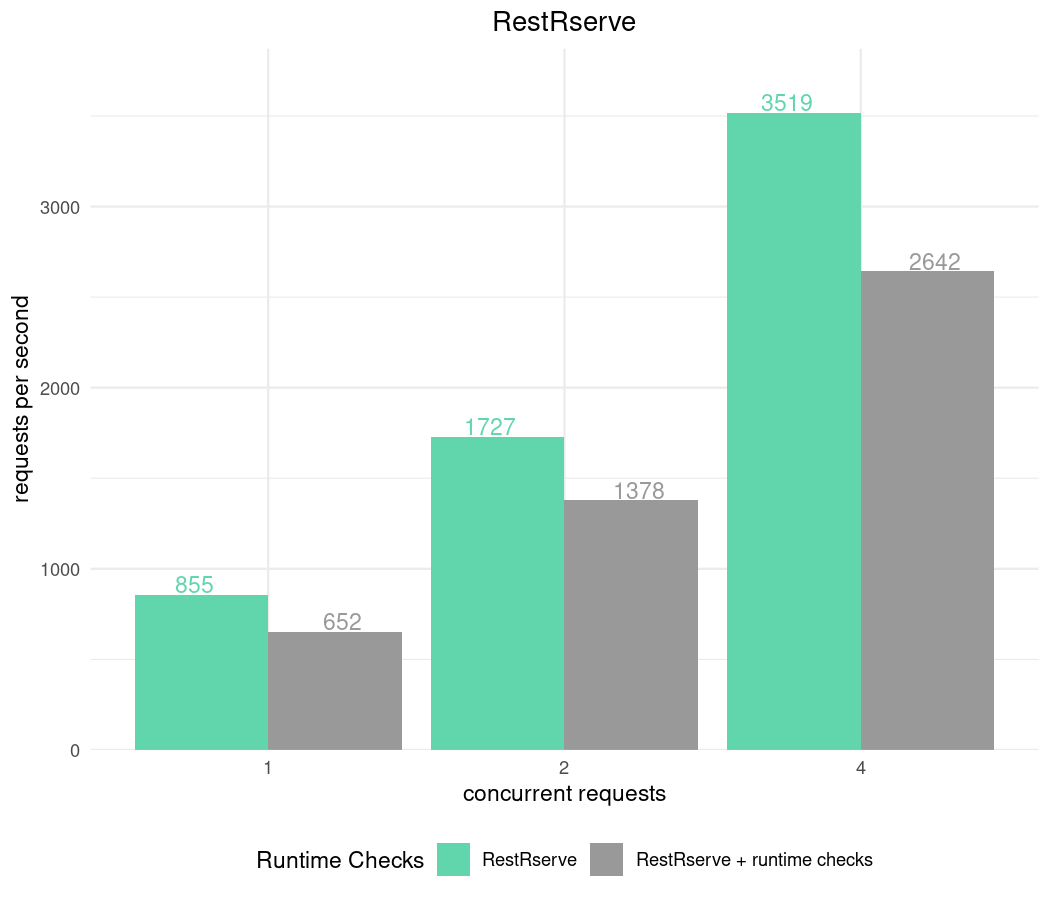 Debian and Alpine based images are available from docker-hub: https://hub.docker.com/r/rexyai/restrserve/