The complete tool for finding Infrastructure gold amongst bits of bare-metal! 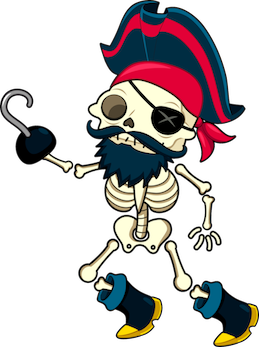 Plunder is a single-binary server that is all designed in order to make the provisioning of servers, platforms and applications easier. It is deployed as a server that an end user can interact with through it's Api-server in order to control and automate the usage. At this time interacting with the api-server is detailed in the source https://github.com/plunder-app/plunder/blob/master/pkg/apiserver/endpoints.go, however documentation will be added soon.

From an end-user interaction a plunder control utility has been created:

https://github.com/plunder-app/pldrctl - provides the capability to query and create deployments and configurations within a plunder instance.

An operating system can be easily performed using either preseed or kickstart, alternatively custom kernels and init ramdisks can be specified to be used based upon Mac address.

Further more once the operating system has been provisioned there are usually post-deployment tasks in order to complete an installation. Plunder has the capability to do the following:

A small repository of existing deployment maps has been created https://github.com/plunder-app/maps

Prebuilt binaries for Darwin(MacOS)/Linux and Windows can be found on the releases page.

If you wish to build the code yourself then this can be done simply by running:

Alternatively clone the repository and either go build or make build, note that using the makefile will ensure that the current git commit and version number are returned by plunder version.

One thing to be aware of is that plunder doesn't require replacing anything that already exists in the infrastructure.

The documentation is available here

NOTE 1 As this provides low-level networking services, only run on a network that is safe to do so. Providing DHCP on a network that already provides DHCP services can lead to un-expected behaviour (and angry network administrators)

NOTE 2 As DHCP/TFTP and HTTP all bind to low ports < 1024, root access (or sudo) is required to start the plunder services.

PXE booting provides very little feedback when things aren't working, but usually the hand-off is why things wont work i.e. DHCP -> TFTP boot. Logs from plunder should show the hand-off from the CLI.