UEFI:NTFS is a generic bootloader, that is designed to allow boot from NTFS or exFAT partitions, in pure UEFI mode, even if your system does not natively support it. This is primarily intended for use with Rufus, but can also be used independently.

In other words, UEFI:NTFS is designed to remove the restriction, which most UEFI systems have, of only providing boot support from a FAT32 partition, and enable the ability to also boot from NTFS partitions.

This can be used, for instance, to UEFI-boot a Windows NTFS installation media, containing an install.wim that is larger than 4 GB (something FAT32 cannot support) or to allow dual BIOS + UEFI boot of 'Windows To Go' drives.

As an aside, and because there appears to exist a lot of inaccurate information about this on the Internet, it needs to be stressed out that there is absolutely nothing in the UEFI specifications that actually forces the use of FAT32 for UEFI boot. On the contrary, UEFI will happily boot from ANY file system, as long as your firmware has a driver for it. As such, it is only the choice of system manufacturers, who tend to only include a driver for FAT32, that limits the default boot capabilities of UEFI, and that leads many to erroneously believe that only FAT32 can be used for UEFI boot.

However, as demonstrated in this project, it is very much possible to work around this limitation and enable any UEFI firmware to boot from non-FAT32 filesystems.

The way UEFI:NTFS works, in conjunction with Rufus, is as follows:

For convenience, the project can be compiled against the gnu-efi library rather than EDK2, so you may need to initialize the git submodules with:

You can find a ready-to-use FAT partition image, containing the x86 and ARM versions of the UEFI:NTFS loader (both 32 and 64 bit) and driver in the Rufus project, under /res/uefi.

If you create a partition of the same size at the end of your drive and copy uefi-ntfs.img there (in DD mode of course), then you should have everything you need to make the first NTFS partition on that drive UEFI bootable.

Please be mindful that, to enable ARM or ARM64 compilation support in Visual Studio 2019, you MUST go to the Individual components screen in the setup application and select the ARM/ARM64 build tools there, as they do NOT appear in the default Workloads screen: 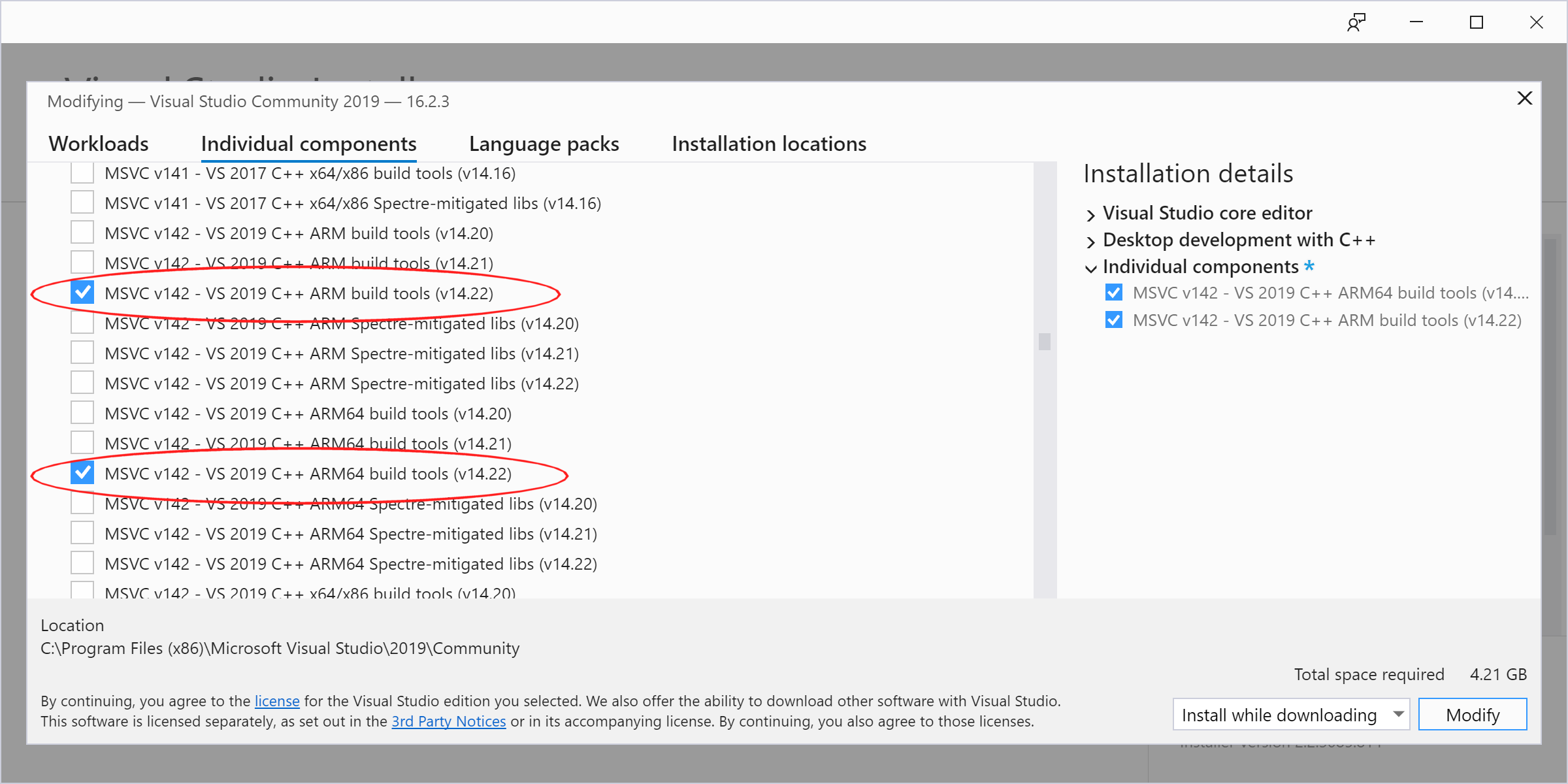