OpenYurt(official website: https://openyurt.io) is now hosted by the Cloud Native Computing Foundation(CNCF) as a Sandbox Level Project. It is built based on native Kubernetes and targets to extend it to support edge computing seamlessly. In a nutshell, OpenYurt enables users to manage applications that run in the edge infrastructure as if they were running in the cloud infrastructure.

OpenYurt is suitable for common edge computing use cases whose requirements include:

OpenYurt has the following advantages in terms of compatibility and usability.

OpenYurt follows a classic edge application architecture design - a centralized Kubernetes master resides in the cloud site, which manages multiple edge nodes reside in the edge site. Each edge node has moderate compute resources allowing running a number of edge applications plus the Kubernetes node daemons. The edge nodes in a cluster can span multiple physical regions. The terms region and Pool are interchangeable in OpenYurt. 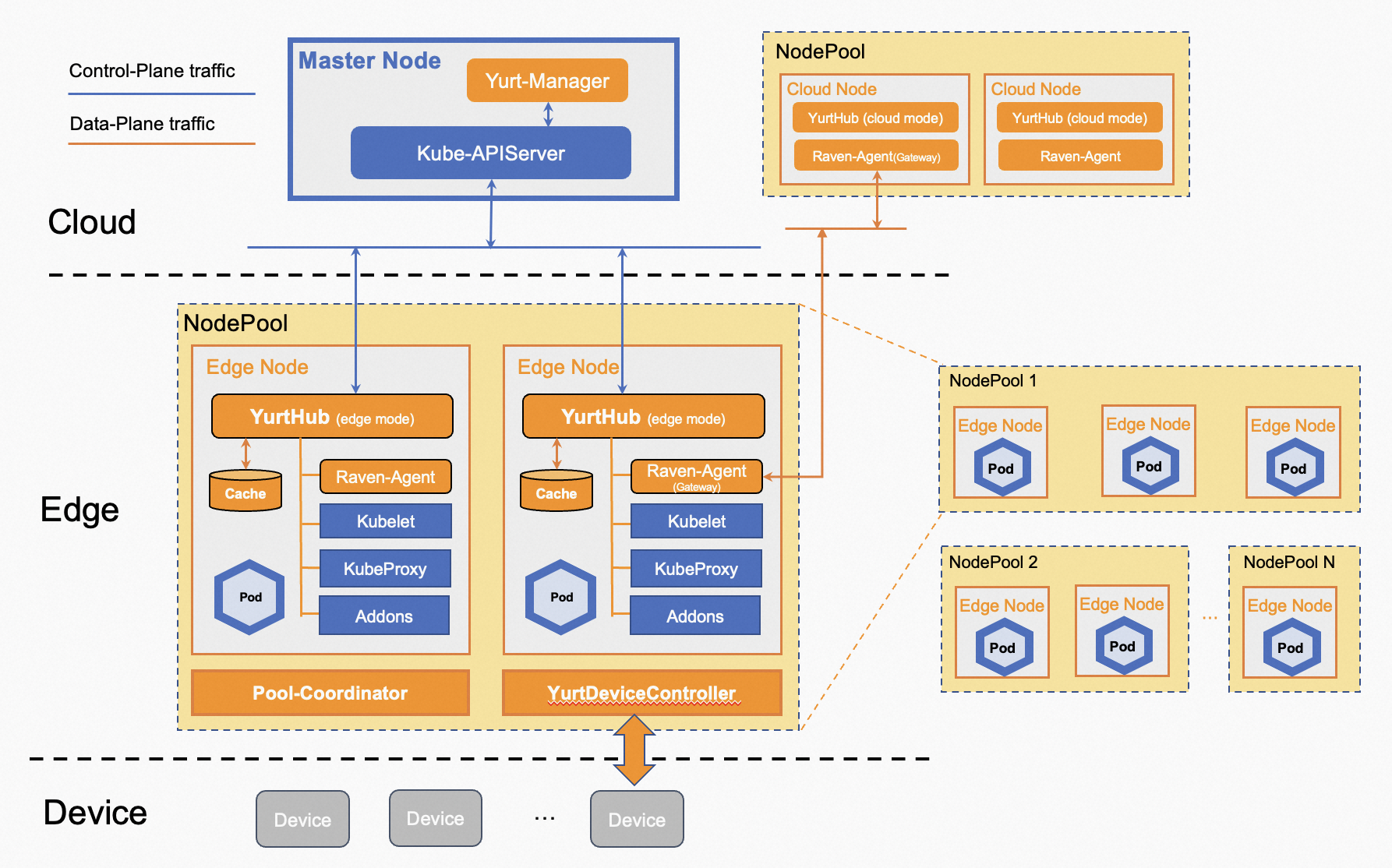 The major OpenYurt components consist of:

You can setup the OpenYurt cluster manually, but we recommend to start OpenYurt by using the yurtctl command line tool. To quickly build and install yurtctl, assuming the build system has golang 1.13+ and bash installed, you can simply do the following:

The yurtctl binary can be found at _output/bin. To convert an existing Kubernetes cluster to an OpenYurt cluster, the following simple command line can be used(support kubernetes clusters that managed by minikube, kubeadm, ACK and kind):

To uninstall OpenYurt and revert back to the original Kubernetes cluster settings, you can run the following command:

To join nodes to OpenYurt, you can run the following command:

We provider detailed tutorials to demonstrate how to use OpenYurt to manage edge applications.

If you are willing to be a contributor for OpenYurt project, please refer to our CONTRIBUTING document for details. We have also prepared a developer guide to help the code contributors.

If you have any questions or want to contribute, you are welcome to communicate most things via GitHub issues or pull requests. Other active communication channels: 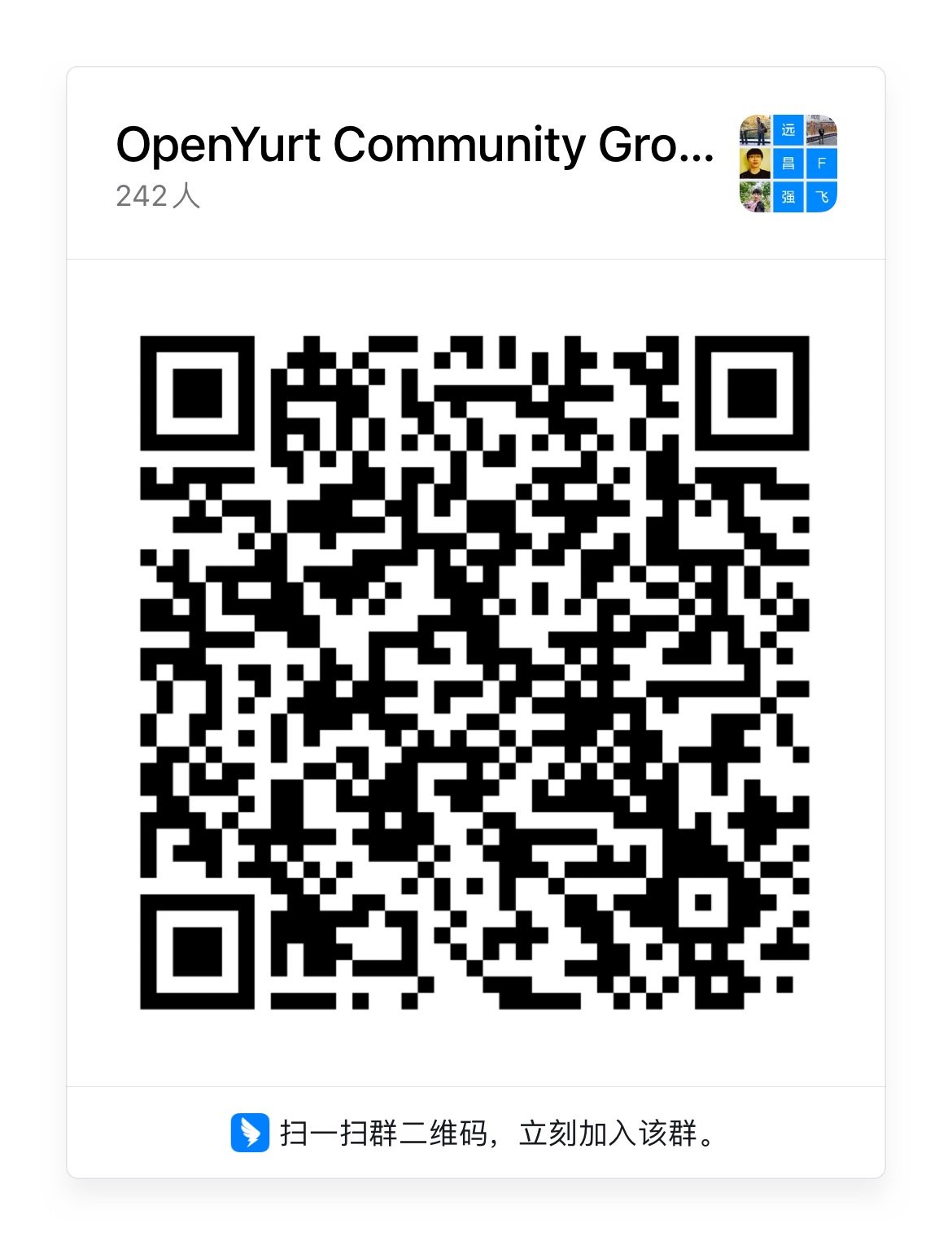 OpenYurt is under the Apache 2.0 license. See the LICENSE file for details. Certain implementations in OpenYurt rely on the existing code from Kubernetes and the credits go to the original Kubernetes authors.