This module exposes the native APIs to ask the user to rate the app in the iOS App Store or Google Play store directly from within the app (requires iOS >= 10.3 or Android 5.0 with Google Play store installed). 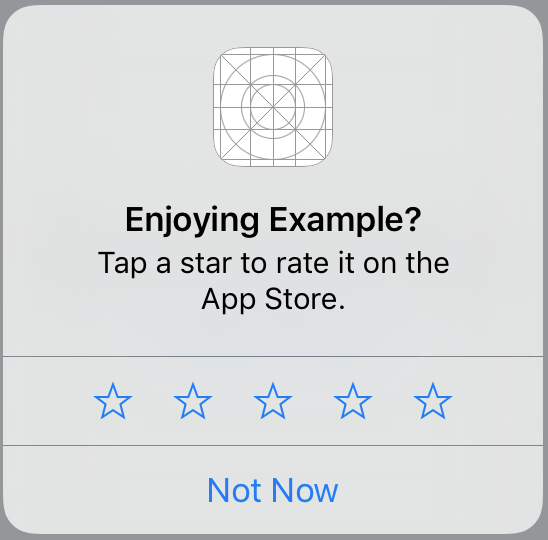 The intention of this API is to ask the user to rate the app as a part of the user journey, typically as the user completes a task. StoreReview.isAvailable will not be false if the OS limit for showing the store rating has been reached, but rather simply indicate if the API is available. Since it's not possible to know if a dialog will be shown or not you should not call it as a result of tapping a button, but rather as a side effect of an event happening in the app.

If you want to show a button or provide a fallback for OS versions not supporting these APIs, you can redirect the user to the respective stores to review the app there instead.

The dialog is not showing in the correct language on iOS

The strings in the dialog comes from the OS, if your translations are purely in JavaScript land you need to add meta data so iOS understand which languages you support, see the official documentation.

The dialog is not showing when I call requestReview()

The dialog is not showing while testing with TestFlight but will be working normally once in production (source). Furthermore it will not work for enterprise apps as they are not available on the App Store, and Apple/Google will restrict the amount of times the API can be called to a few times per year in order prevent misuse.