A simple UITableView with cells and modal presentation for a detailed page.

Out of the box, you have to switch on the Result instance to access the underlying success instance or the error instance.

However, I think switch statements are too wordy. I added success and catch method to Result type. So it can be chained like this.

Generally, it is not a good idea to rely on the actual network requests for unit tests because it adds too much dependency on tests. One way to stub networking is to subclass URLProtocol.

4. Use the configured URLSession instance just as you would.

The above method(as well as the famous OHHTTPStubs) doesn't work for UI testing because the test bundle and the app bundle (XCUIApplication) are loaded in separate processes. By using Swifter, you can run a local http server on the simulator.

First, change the API endpoints during UI testing with launchArguments in your hosting app.

Then stub the network and test the UI with it.

Separating your app's functions into targets has several advantages. It forces you to care about dependencies, and it is good for unit tests since features are sandboxed. However, it may slow down the app launch (by little) due to framework loading.

BookStoreKit is responsible for fetching and searching books data from IT Bookstore API.

Networking is a wrapper around URLSession for making HTTP requests and parsing response. 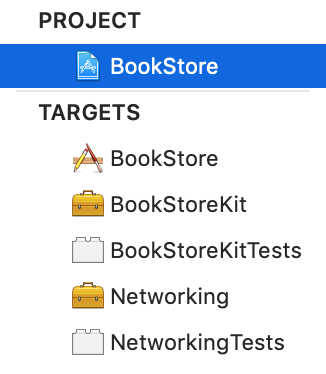 Swift's API Design Guidelines suggest you write a documentation comment for every declaration. Writing one can have an impact on the design.

Reference this document for markup formatting.

2. Check out the result 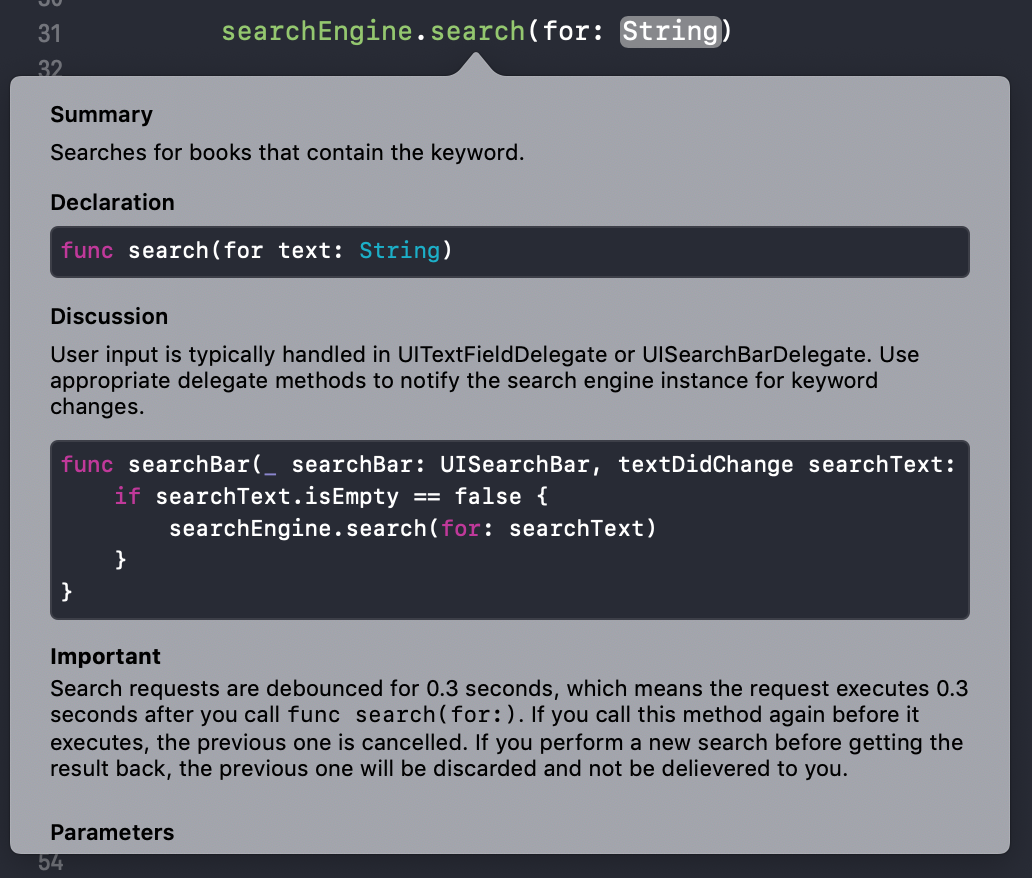 IMHO Implictly unwrapped optional is a potential threat to code safety and should be avoided as much as possible if not altogether. An example of two methods to get rid of them from where they are commonly used.

IBOutlets are IUOs by Apple's default. However, you can change that to Optional types. You may worry that making IBOutlets Optionals may cause too many if lets or guards, but that concern may just be overrated. IBOutlets are mostly used to set values on them, so optional chaining is sufficient. In just few cases where unwrapping is added, I will embrace them for additional safety of my code. 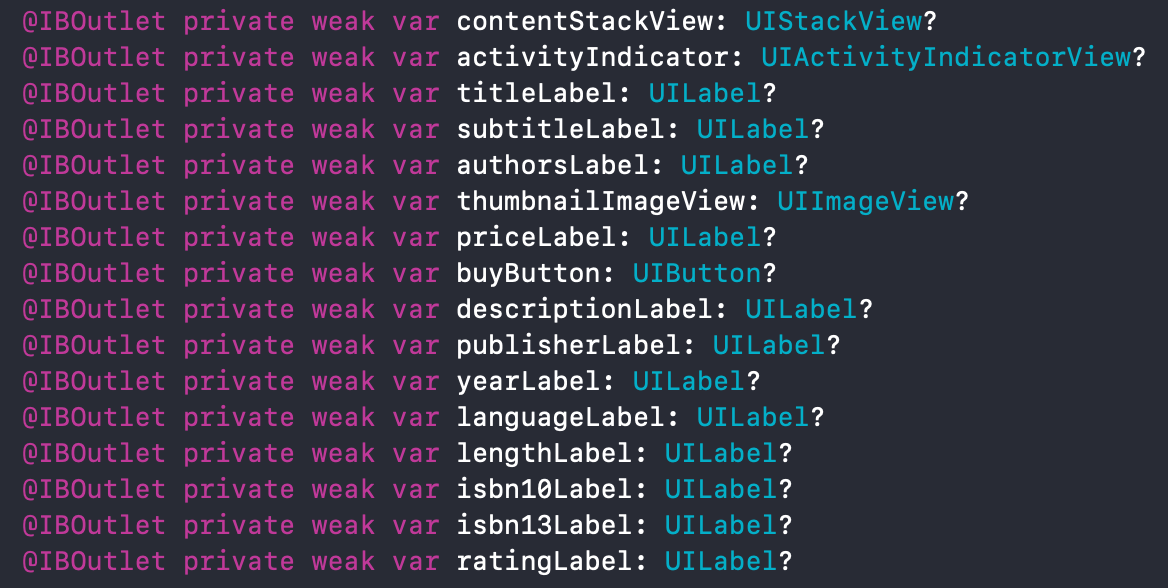 For the properties of UIViewController subclass, IUO can be useful but it's still dangerous. Instead, I use unspecified. It generates a crash upon class/struct usage so it can be spotted fast during development, and most importantly no more IUOs.