Playa is the OS X audio player for those who enjoy thinking in playlist of beautiful albums, rather than shuffling over messed collections. 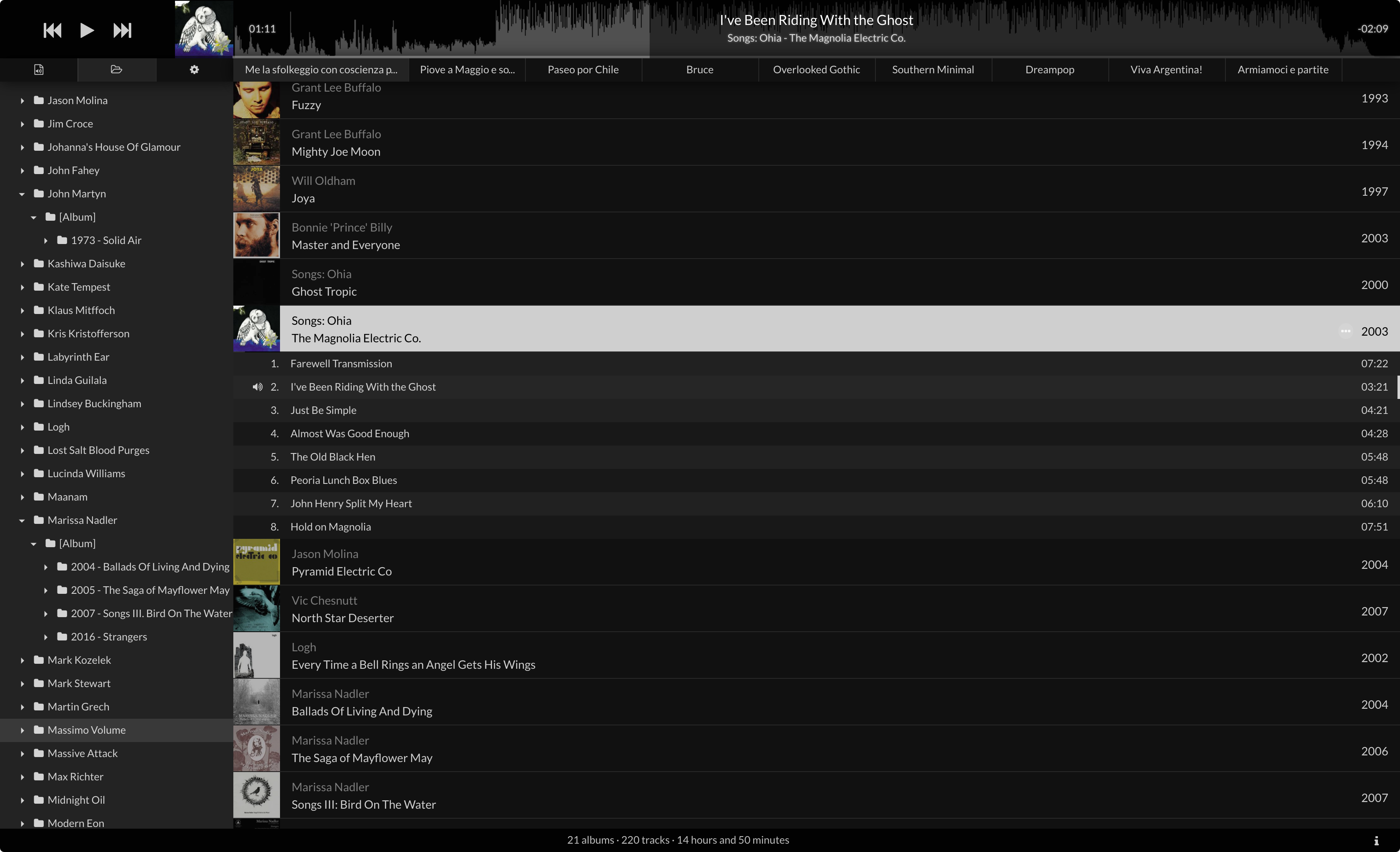 I put it straight: in ~ 10 years of OS X usage, I never found a music player that completely satisfied my needs, mostly because of playlist organisation. Most players, if not all, handle playlists as a list of tracks, rather than as a list of albums, the latter being at least for me the atom (no technology pun intended) of the listening experience.

So now that I found a solid match between a low level audio player, and an application environment easy to work with (namely Electron), I stopped whining and started working on my idea of audio player, soon a concrete audio player.

Either download the latest build from here, or build manually:

Tests are written in tape and should live along the code itself:

The template for specs is:

If the need to mock underlyings deps arises, use proxyquire and place stubs into __stubs__/index.js:

Import in the spec file accordingly then:

Keep in mind that proxyquire proxies the deps only, not the component itself, and it is meant to simulate network / fs layers. An abuse of its features is a smell of tight coupling, and implies a lot of work. Work less, and save tight coupling for the weekend.

Note: in order to use Discogs webservice you need to obtain a Consumer Key/Secret pair from them and create settings/discogs.json using following template:

Same for Last.fm scrobbling, please save it to settings/lastfm.json:

Plans for the close future are:

Plans for the not-so-close future: