This repository holds the source code of the Marvel Application, a simple Android client for the Marvel.com. This application was created by Mohsen Mirhoseini, as part of the technical assessment by the smava GmbH team. It also has been used as a sample project for a series of technical articles and tutorials.

What is this repository for? 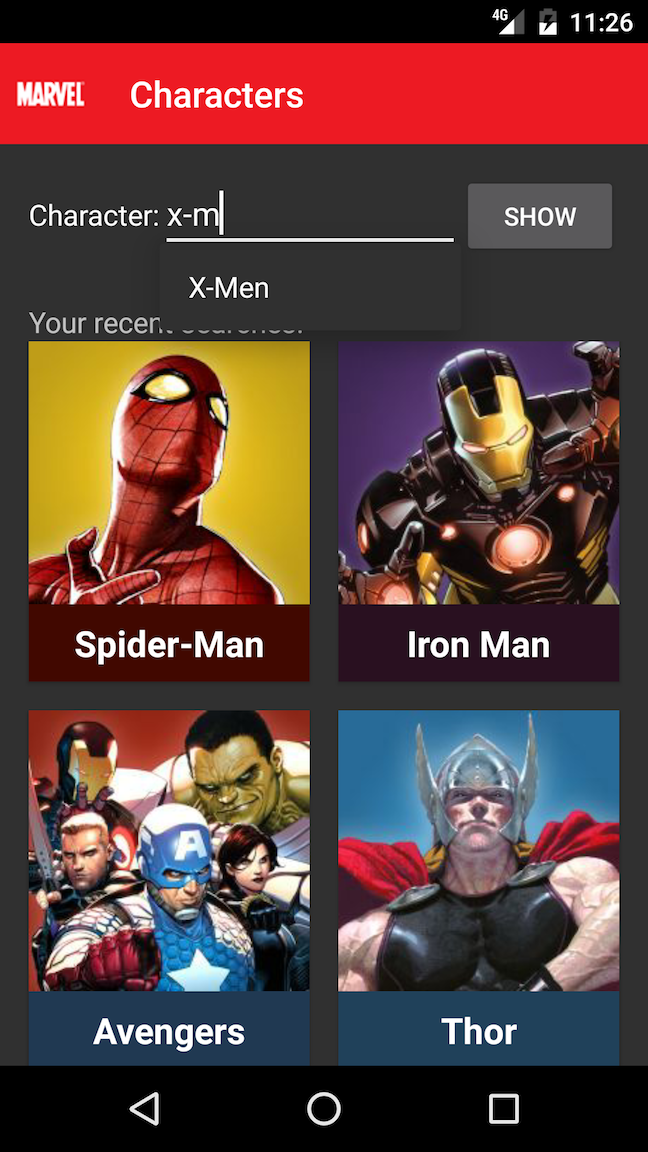 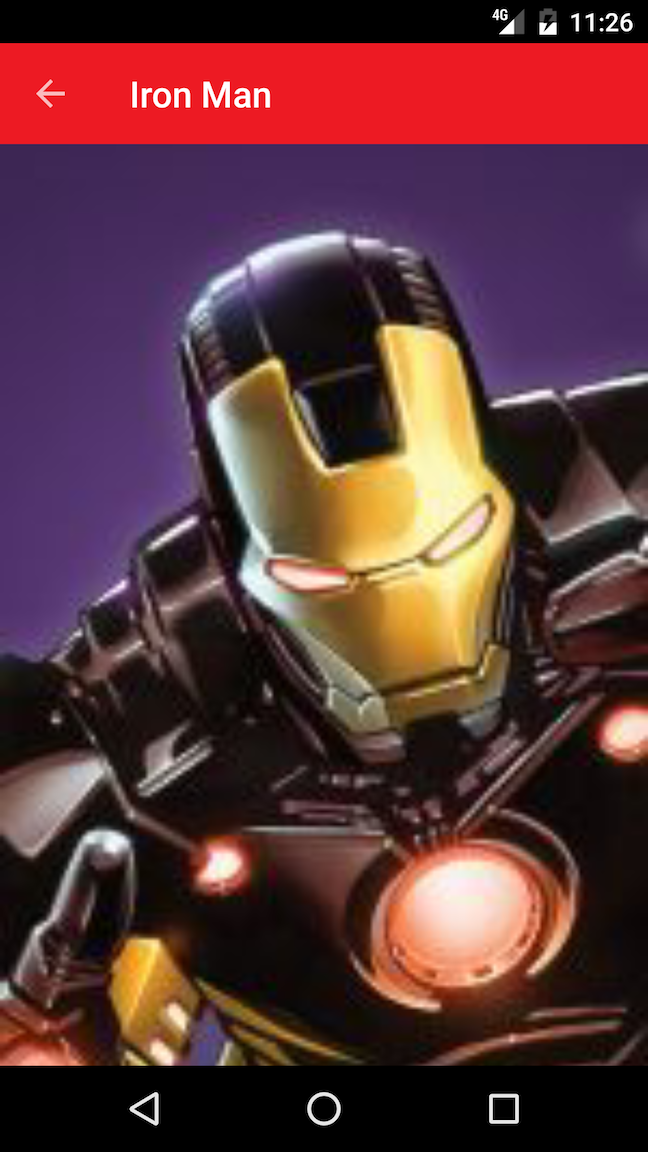 All activity lifecycle and network behaviors are implemented, and according to device size and network situation user get a good UI and UX. If no internet connection or network error, a Snackbar pops up and ask the user to turn on the network connection or retry.

The Application implemented and structured based on the MVP pattern best practice, contributed by Antonio Leiva.

Whole application functionality is implemented in "Core-Lib" module using pure Java, and the "App" module contains all codes required for Android Application to load on Android OS, which can be replaced by any other interface (e.g. console app or web app)

The view (MainActivity), contain two fragments. Search and Cache fragments both contain their own presenter and implement View interfaces and the only thing that the view will do is calling a method from the presenter every time there is an interface action.

The presenter (Search or Cache Presenters), are responsible to act as the middleman between views and models. They retrieve data from Backend or Database and returns it formatted to the view. It also decides what should happens when user interacts with the view.

The models (Search Interactor), would only be the gateway to the service domain layer or business logic. In this case, it provides the data needed to be displayed in the view from Network.

The networking and API calls are managed by Retrofit and OkHttp as its httpclient, contributed by Square. It also shows decent logs while the application is running in Debug mode.

Layers communications are managed by RxJava & RxAndroid contributed by ReactiveX.

Dependency Injections are being managed by Dagger created by Square and now maintained by Google. 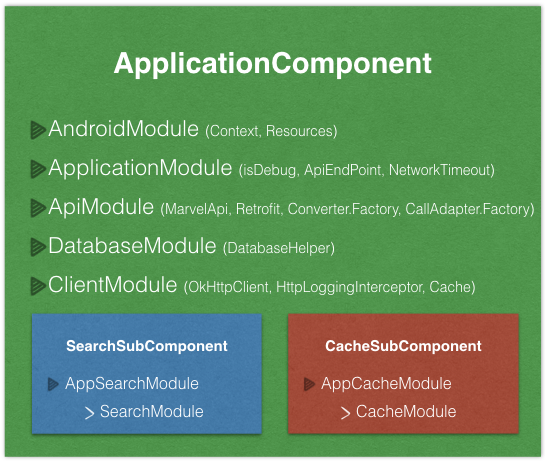 Some minor Android common functions are managed using AndroidUtils library, developed and published on jCenter by myself.

Whole projects Dependencies are placed in "libraries.gradle" to avoid version conflicts and redundant in different modules.

Used new DataBinding library contributed by Google in Adapters for faster development, and added CustomBindingAdapter to handle downloading and caching images using Picasso library, which also use Google Palette support library as a helper class to extract prominent colors from image and making a related background for a better UI/UX.

The Android Log system is replaced with Timber contributed by Jake Wharton, which avoids logging in the release version.

Used new SupportVector library in some icons cases for a better UI.

Finally, used circleci and travis ci as Continues Integration services which are bind with Github repo.

You can read more about this sample project in this 5-part article:

and to get the exact code at that point check out this tag: https://github.com/mohsenoid/marvel/releases/tag/Yet-another-MVP-article