A simple X11 status bar for use with simple WMs.

Cnx doesn't rely on functionality from any specific WM, instead preferring to get its data from generic properties defined in EWMH. If your WM implements enough of EWMH, it should work with Cnx. 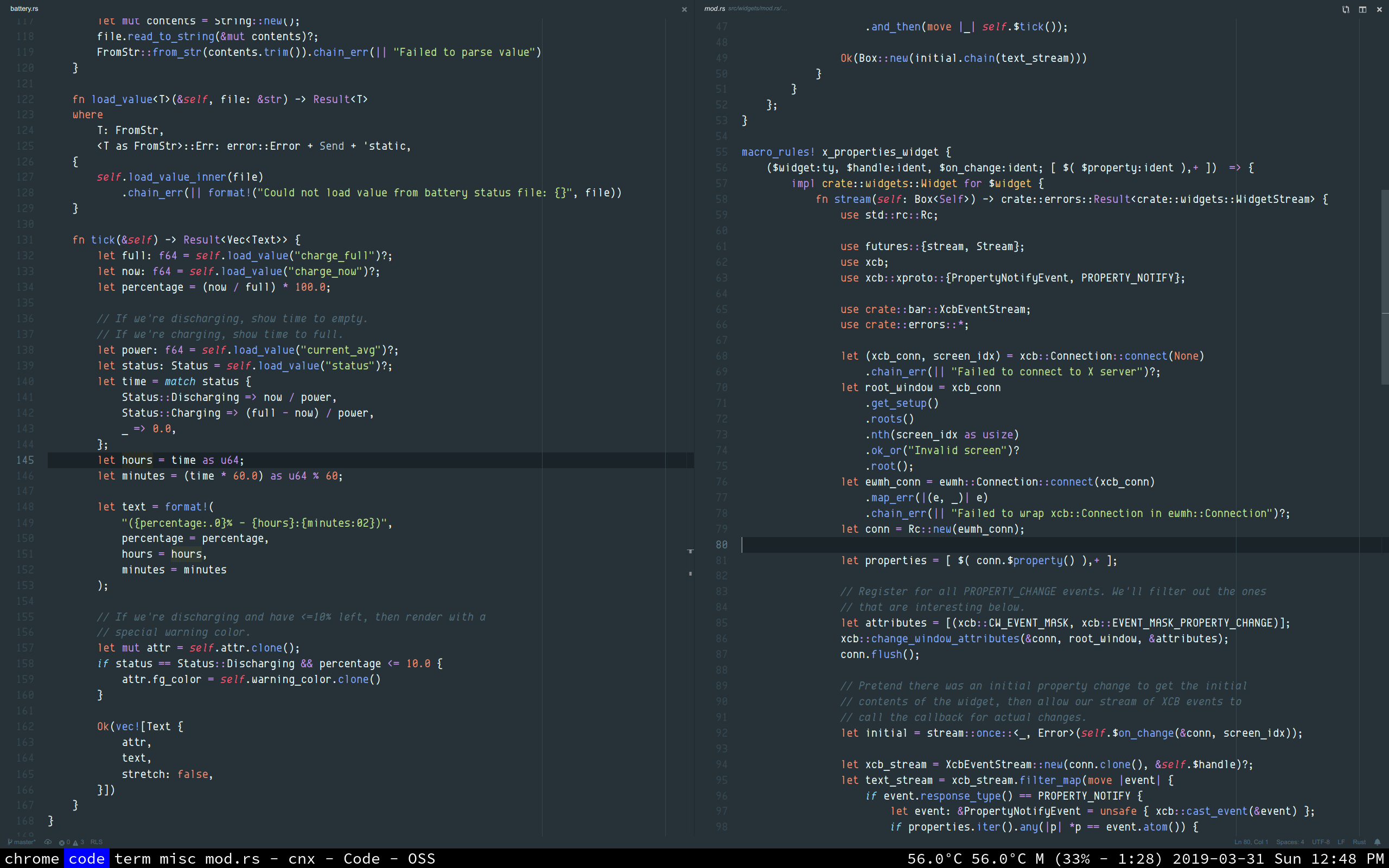 Cnx is written to be customisable, simple and fast.

Where possible, it prefers to asynchronously wait for changes in the underlying data sources (and uses mio/tokio to achieve this), rather than periodically calling out to external programs.

There are currently these widgets available:

The [Sensors], [Volume] and [Battery] widgets require platform support. They currently support Linux (see dependencies below) and OpenBSD. Support for additional platforms should be possible.

Cnx is a library that allows you to make your own status bar.

In normal usage, you will create a new binary project that relies on the cnx crate, and customize it through options passed to the main Cnx object and its widgets. (It's inspired by QTile and dwm, in that the configuration is done entirely in code, allowing greater extensibility without needing complex configuration handling).

An simple example of a binary using Cnx is:

A more complex example is given in src/bin/cnx.rs alongside the project. (This is the default [bin] target for the crate, so you could use it by either executing cargo run from the crate root, or even running cargo install cnx; cnx. However, neither of these are recommended as options for customizing Cnx are then limited).

Before running Cnx, you'll need to make sure your system has the required dependencies.

In addition to the Rust dependencies in Cargo.toml, Cnx also depends on these system libraries:

The following Ubuntu packages should allow your system to meet these requirements:

If the volume-widget feature is enabled (and it is by default), you will also need alsa-lib on Linux:

Unfortunately there aren't many. You can run what's here with: