kustomize lets you customize raw, template-free YAML files for multiple purposes, leaving the original YAML untouched and usable as is.

kustomize targets kubernetes; it understands and can patch kubernetes style API objects. It's like make, in that what it does is declared in a file, and it's like sed, in that it emits edited text.

This tool is sponsored by sig-cli (KEP).

The kustomize build flow at v2.0.3 was added to kubectl v1.14. The kustomize flow in kubectl remained frozen at v2.0.3 until kubectl v1.21, which updated it to v4.0.5. It will be updated on a regular basis going forward, and such updates will be reflected in the Kubernetes release notes.

For examples and guides for using the kubectl integration please see the kubernetes documentation.

This file should declare those resources, and any customization to apply to them, e.g. add a common label. 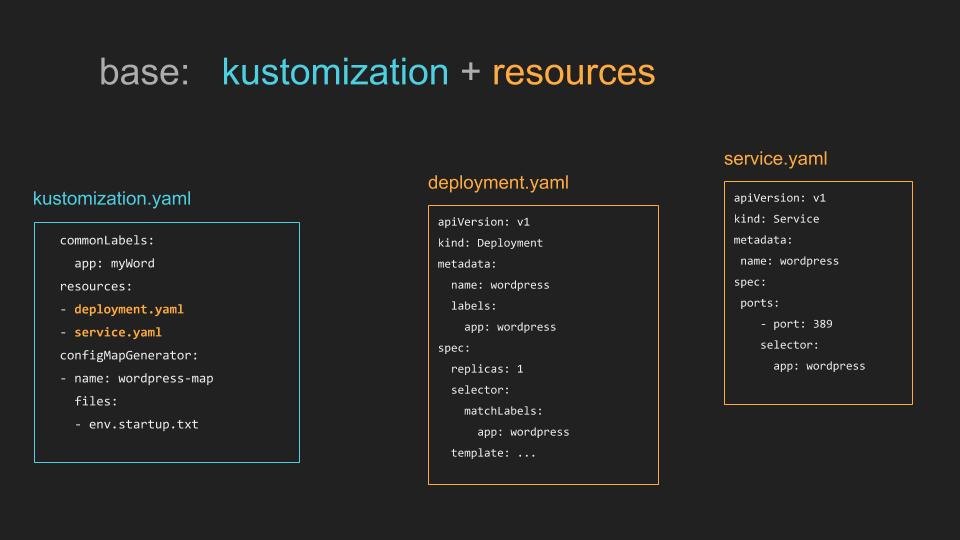 The resources in this directory could be a fork of someone else's configuration. If so, you can easily rebase from the source material to capture improvements, because you don't modify the resources directly.

The YAML can be directly applied to a cluster:

Manage traditional variants of a configuration - like development, staging and production - using overlays that modify a common base. 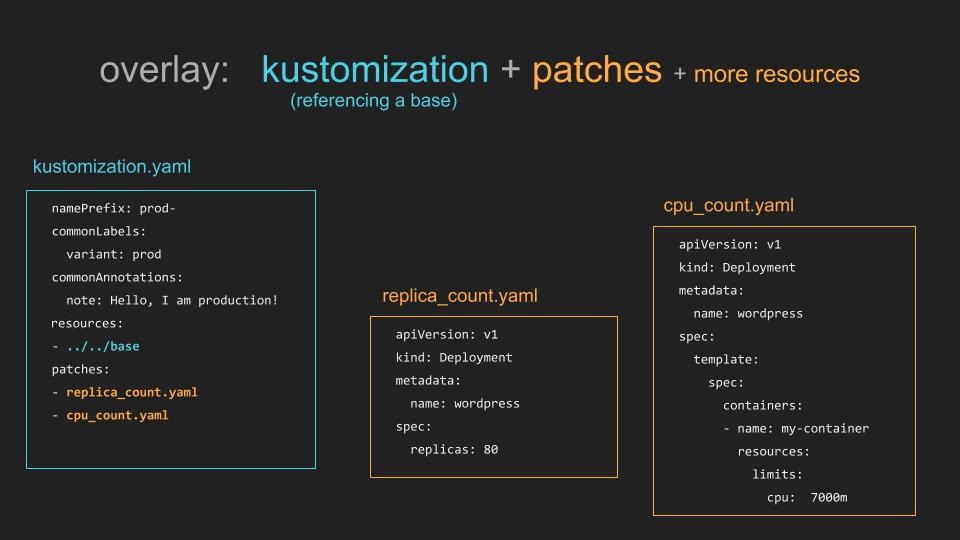 Take the work from step (1) above, move it into a someApp subdirectory called base, then place overlays in a sibling directory.

An overlay is just another kustomization, referring to the base, and referring to patches to apply to that base.

This arrangement makes it easy to manage your configuration with git. The base could have files from an upstream repository managed by someone else. The overlays could be in a repository you own. Arranging the repo clones as siblings on disk avoids the need for git submodules (though that works fine, if you are a submodule fan).

The YAML can be directly applied to a cluster: