A high-performance, high-stability, cross-platform MQTT client, developed based on the socket API, can be used on embedded devices (FreeRTOS/LiteOS/RT-Thread/TencentOS tiny), Linux, Windows, Mac, and has a very concise The API interface realizes the quality of service of QOS2 with very few resources, and seamlessly connects the mbedtls encryption library. 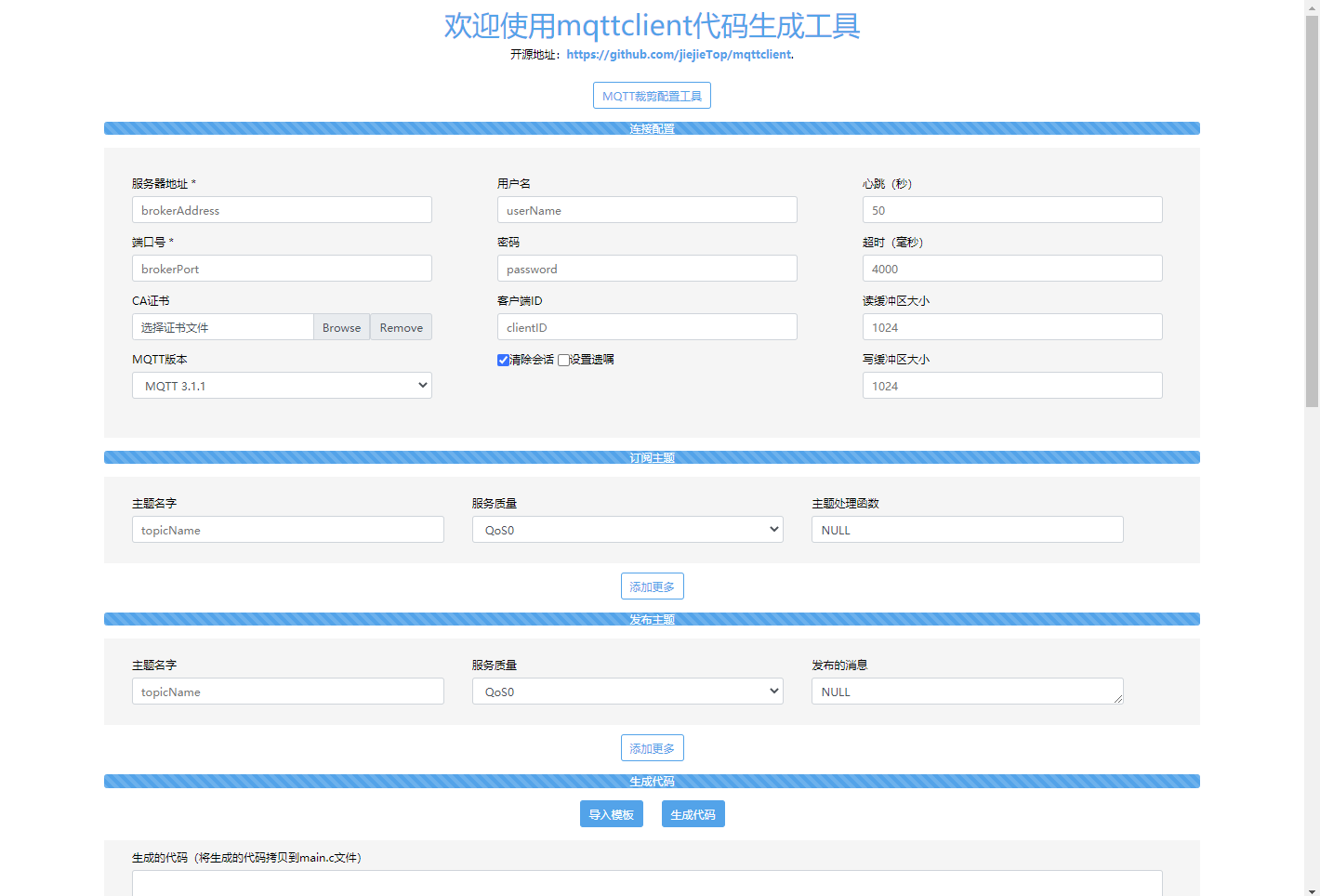 A total of 10857 bytes of ROM, and the overhead of RAM is almost only dependent on dynamic memory. Without using TLS encrypted transmission, the communication dynamic memory that maintains the QOS0 quality of service level requires only about 3694 bytes. Including 1024 read buffer + 1024 write buffer + 1024 internal thread stack size, compared with other MQTT clients, mqttclient requires very little RAM resource overhead.

Has a very clear layered framework. 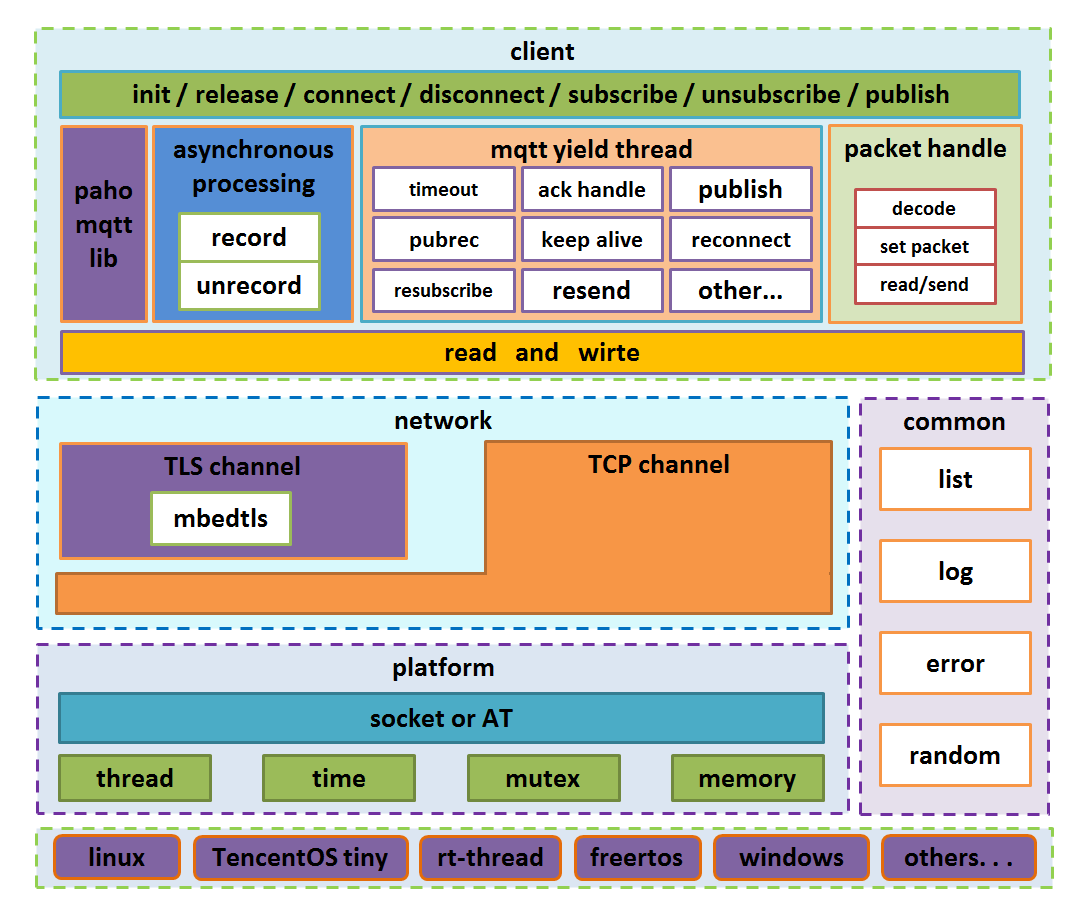 At present, Linux, TencentOS tiny, FreeRTOS, RT-Thread platforms have been implemented (software package is named kawaii-mqtt`), in addition to TencentOS tiny AT framework can also be used, and the stability is excellent!

mqttclient follows the Apache License v2.0 open source agreement. Encourage code sharing and respect the copyright of the original author. You can freely use and modify the source code, or you can publish the modified code as open source or closed source software.

Test and use under Linux platform

After running the build.sh script, the executable files emqx, baidu, onenet and other platforms will be generated under the ./build/bin/ directory Executable programs can be run directly.

Compile into a dynamic library libmqttclient.so

If you are using a cross-compiler, you should export the corresponding environment variables according to the compiler you are using (the cross-compiler used here is arm-linux-gnueabihf-gcc), and you must also set the dynamic library file libmqttclient .so is copied to the /usr/lib directory of your embedded system:

If you need to uninstall libmqttclient.so, execute the following command: