Kingbus is a distributed MySQL binlog store based on raft. Kingbus can act as a slave to the real master and as a master to the slaves in the same way as an intermediate MySQL master does. Kingbus has the following key features: 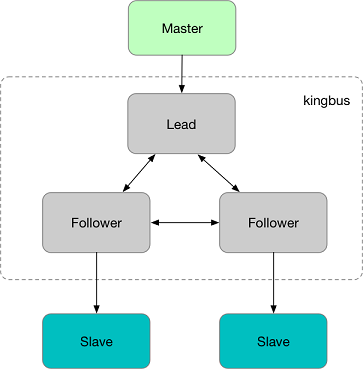 In a traditional MySQL replication setup a single master server is created and a set of slaves of MySQL servers are configured to pull the binlog files from the master, putting a lot of load on the master.

2.Start a kingbus cluster with docker-compose

Kingbus is under the Apache 2.0 license. See the LICENSES file for details.