Native iOS, Android, and "desktop" variants of the real-time facefilter application have been added here: src/examples/facefilter. These applications link against the installed public drishti::drishti package interface, which is designed without external types in the API definition. The facefilter demos are enabled by the DRISHTI_BUILD_EXAMPLES CMake option, and the entire src/examples tree is designed to be relocatable, you can cp -r src/examples ${HOME}/drishti_examples, customize, and build, by simply updating the drishti package details.

The iOS facefilter target requires Xcode 9 (beta 4) or above (Swift language requirements) and will be generated directly as a standard CMake add_executable() target as part of the usual top level project build -- if you are using an appropriate CMake iOS toolchain for cross compilation from your macOS + Xcode host for your iOS device. Please see Polly Based Build and iOS Build below for more details.

UPDATE: Android NDK r19 is not currently supported due to significant structural changes in the android-ndk toolchain that conflict with CMake's internal Android support. See this _discussion for more details.

You can download standalone NDK r18x toolchains or earlier and specify those directly in your gradle local.properties.

The top level Android Studio application is located in the android-studio directory. This target will build and manage repository C++ sources directly as part of the project. Android Studio/Gradle is required to build the application layer, and the CMake build is managed directly by gradle. There are a few platform specific configurations that must be addressed before building. Please see Android Studio Build below for more details. 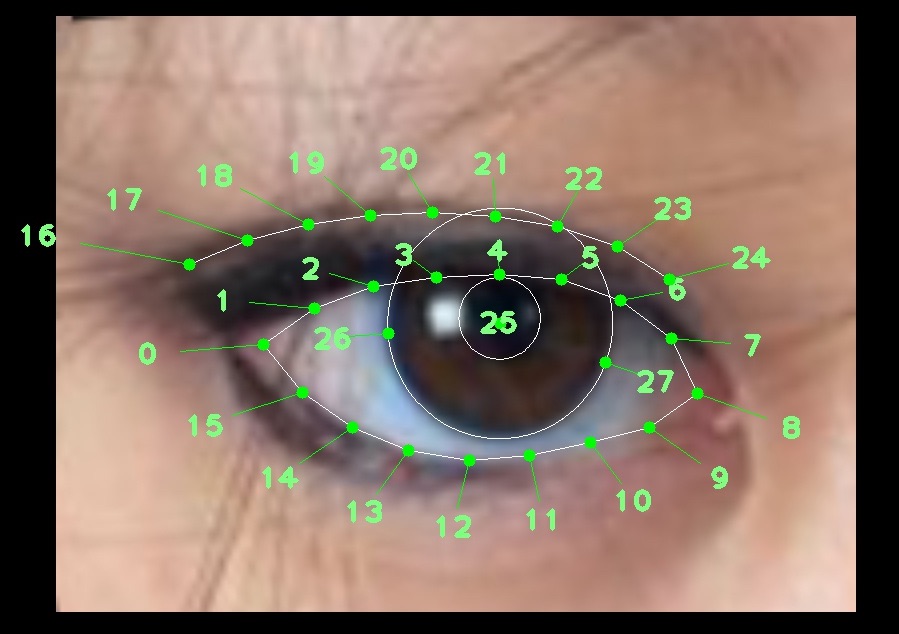 Quick Start (i.e., How do I make this library work?)

Drishti is a CMake based project that uses the Hunter package manager to download and build project dependencies from source as needed. Hunter contains detailed documentation, but a few high level notes and documentation links are provided here to help orient first time users. In practice, some working knowledge of CMake may also be required. Hunter itself is written in CMake, and is installed as part of the build process from a single HunterGate() macro at the top of the root CMakeLists.txt file (typically cmake/Hunter/HunterGate.cmake) (you don't have to build or install it). Each CMake dependency's find_package(FOO) call that is paired with a hunter_add_package(FOO CONFIG REQUIRED) will be managed by Hunter. In most cases, the only system requirement for building a Hunter project is a recent CMake , a working compiler corresponding to the operative toolchain and native build tool. If you're not familiar with CMake, you can try to build this minimal example to get a basic understanding.

Hunter will maintain all dependencies in a versioned local cache by default (typically ${HOME}/.hunter) where they can be reused in subsequent builds and shared between different projects. They can also be stored in a server side binary cache -- select toolchains will be backed by a server side binary cache (https://awesomeopensource.com/project/elucideye/hunter-cache) and will produce faster first time builds (use them if you can!).

Clone this repository and initialize all submodules:

Desktop platforms usually don't require a toolchain (a default toolchain with C++11 support will be set by Drishti) and you can generate and build Drishti as a regular CMake project.

To run the install procedure add the CMAKE_INSTALL_PREFIX variable and use --target install:

To support cross platform builds and testing, the CI scripts make use of Polly: a set of common CMake toolchains paired with a simple polly.py CMake build script. Polly is a Python script, make sure Python 3 is installed:

Note: Polly is not a build requirement, CMake can always be used directly, but it is used here for convenience.

After the environment is configured, you can build for any supported Polly toolchain (below you can find some toolchains used in CI) with a command like this:

Note: The --reconfig flag is included in the example above, which will re-run the CMake configure step (to incorporate CMake changes) for you. It is a reasonable step to add in cases where you aren't sure if it is needed.

Since CMake contains an Xcode generator, building for iOS is fairly straightforward. In practice, it is no different than the other polly.py toolchain builds. As always, you will need to have an Apple Developer Account to build and run on iOS devices. There are a few setup steps associated with Apple code signing requirements. Since iOS 10.0, Xcode projects require a valid Team ID entry, which can be set through CMake using the CMAKE_XCODE_ATTRIBUTE_DEVELOPMENT_TEAM CMake variable. If you generate an Xcode project through a polly.py command (described below), it will initialize the field for you if the POLLY_IOS_DEVELOPMENT_TEAM environment variable is set with your Team ID, which can be found in your Apple Developer Account. If you are using an Apple Enterprise Developer Account, the CMAKE_TRY_COMPILE step can fail with an error beginning with No profiles for 'com.example' were found: .... You can fix this with a one time Xcode initialization described in POLLY_IOS_DEVELOPMENT_TEAM.

For Android Studio, there are additional requirements:

Note: Polly will not be used here, because CMake is launched by Android Studio itself.

Note: Host compiler is required for some parts of the build. E.g. on Windows you have to install Visual Studio. Please check that minimal C++ example is working.

The cmake.dir entry should be set such that <cmake.dir>/bin/cmake points to a valid cmake executable file.

Please check these instructions for details and useful notes:

There is another entry point for Android Studio - src/examples/facefilter/android-studio. It should be used only for testing or as a template for starting your own project based on Drishti.

The following factors may contribute to some instability in the Android Studio managed build.

From experience, the weakest part in the build has been communication between Gradle and CMake. To minimize it, the following trick can be used:

If you're running it a first time there will be a high chance to hit this Gradle issue:

In this case, just wait for few seconds and run Gradle again:

Once the CMake build is ready, you can use ./gradlew assembleDebug or open Android Studio IDE.

Please see the README for the drishti-hci console application to see an example of a full eye tracking pipeline with the GPGPU optimizations.

Drishti is also available as a Hunter package. If you would like to integrate Drishti in your project, please see the Hunter Drishti package documentation.

Add HunterGate(URL <url> SHA1 <sha1>) to the top of your CMakeLists.txt (You can find updated release information here).

Finally, add the Drishti package to your CMakeLists.txt and link it to your target:

You can customize the drishti package (and dependencies) by specifying a VERSION and/or CMAKE_ARGS (options) list for each package in cmake/Hunter/config.cmake.

The configurations listed below have all been tested. In general, most C++11 toolchains should work with minimal effort. A CI comment indicates that the configuration is part of the Travis or Appveyor CI tests, so all Hunter packages will be available in the server side binary cache.

On Linux you will usually want --toolchain gcc-pic (GCC based toolchain with position independent code).

On macOS, the choice of toolchain depends on Xcode version you have installed. Please check this table for Xcode versions and corresponding iOS/macOS SDK versions:

In the same table, you can find iOS SDK version. E.g., if you have installed Xcode 9.4 with default iOS SDK 11.4, and you want to set the deployment SDK to version 9.3, you can use --toolchain ios-11-4-dep-9-3-arm64 to build the ARM64 architecture. If you have several versions of Xcode installed, you can use IOS_X_Y_DEVELOPER_DIR/OSX_X_Y_DEVELOPER_DIR environment variables for switching. E.g., if OSX_10_13_DEVELOPER_DIR will be set to Xcode 9.0 location, then Xcode 9.0 will be used with --toolchain osx-10-13, even if Xcode 9.3 is installed and set as the default.