A full-stack dockerized web application to visualize Formula 1 race statistics from 2016 to present, with a Python Flask server and a React front-end with d3.js as data visualization tool.

I will no longer be updating this repository and the latest code changes will be commited to the above repositories instead. 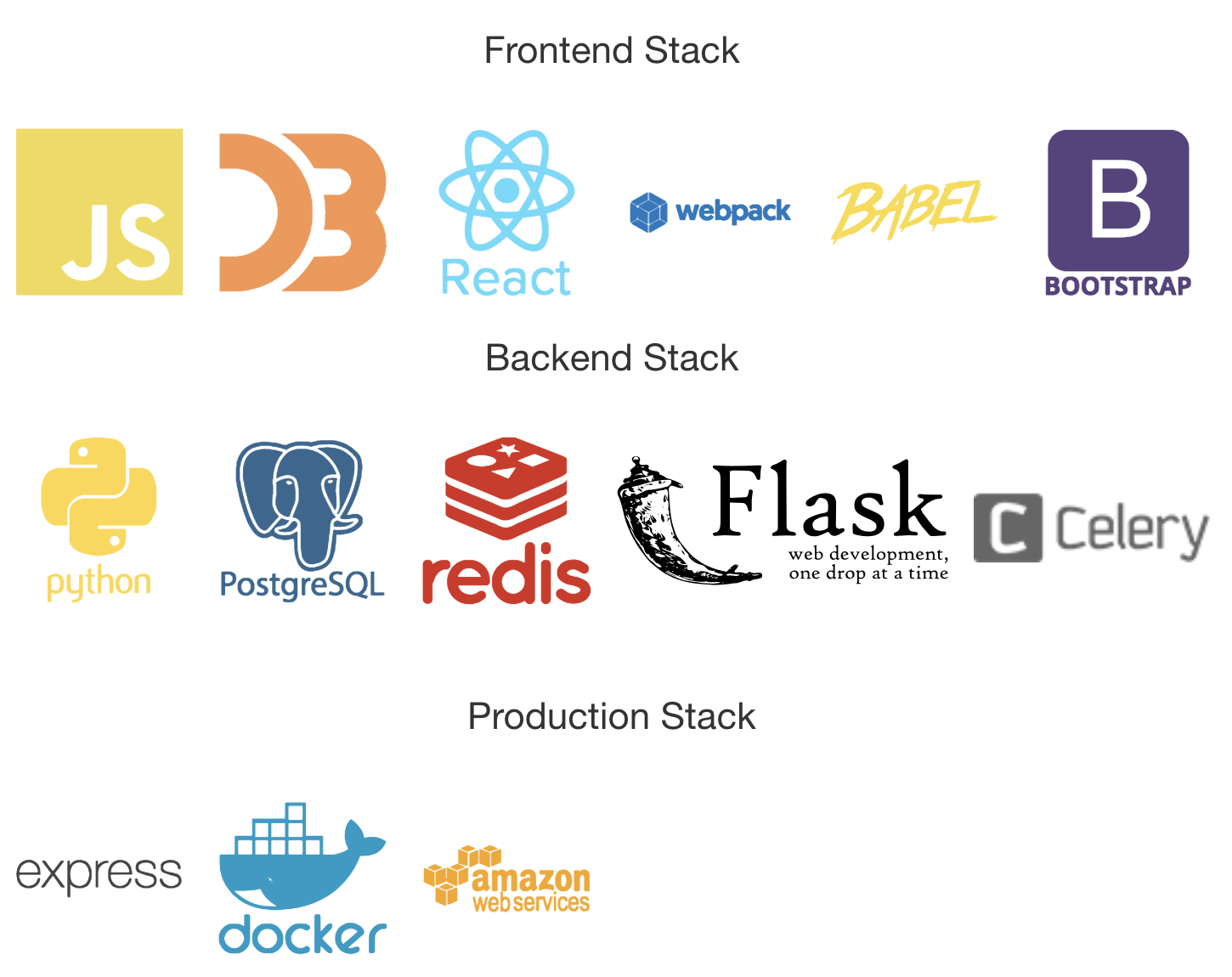 How to automate the refresh/update of data visualization dashboard?

How to connect Flask and React?

This way, we can leverage React for SVG structure and rendering optimizations and D3 for all its mathematical and visualization functions. 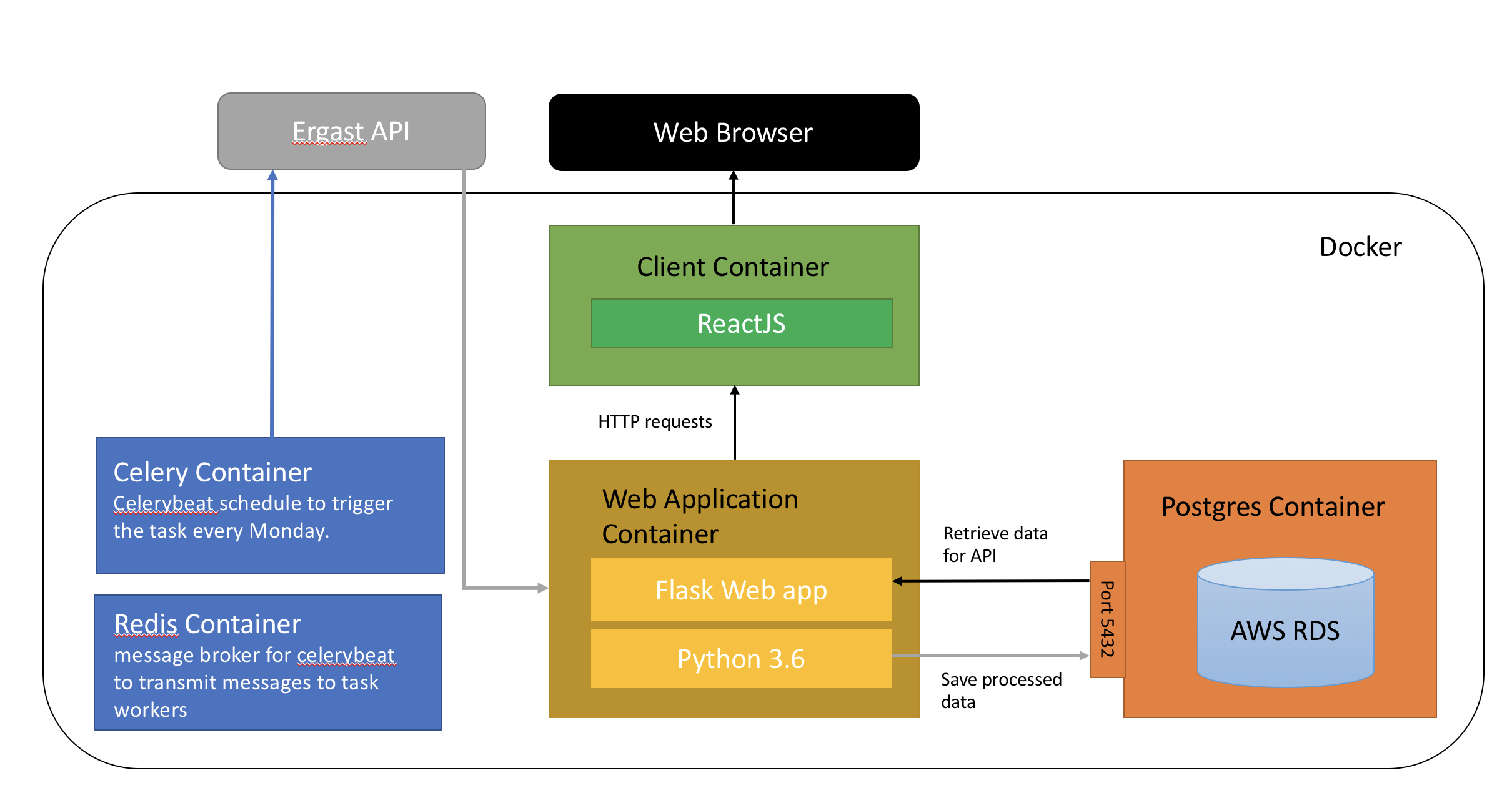 This setup is built for deployment with Docker.

3. Build docker images with docker-compose and run it.

To test the app locally, first enter the correct folder.

Then execute the following command:

I have configured Docker such that when the postgres image is built and an instance (container) of it runs, a new database is created along with a postgres user and password. However, the database is currently empty and requires a psql script to load it with some data. The database shuts down when the container stops and is removed.

4) Check logs for successful build and run of docker containers

Please refer to this repo's wiki for screenshots of what you should see from the console.

I am unable to succesfully use an entrypoint script to initialize database with data, hence the workaround will be to manually load data from command line instead.

b. To run bash command in docker container, enter

In this case, we want to enter the 'development_postgresql' container, so run docker exec -i -t 899f05bf2ec2 /bin/bash (Note: my CONTAINER ID will be different from yours)

c. Run below command to dump 'init.psql' to the database

You will then be prompted for the password for test_user, which is 'test_pw'

b. Trigger the below command:

That's it! For testing purpose, i have set celerybeat to trigger task to data collect every 15 minutes.

7) To stop running of docker containers and remove them

For enquiries, you may contact me at [email protected]