This repository does not contain code, but links to a group of lists.
A clone may not be necessary to get the files you need.
Visit the downloads page for more information. 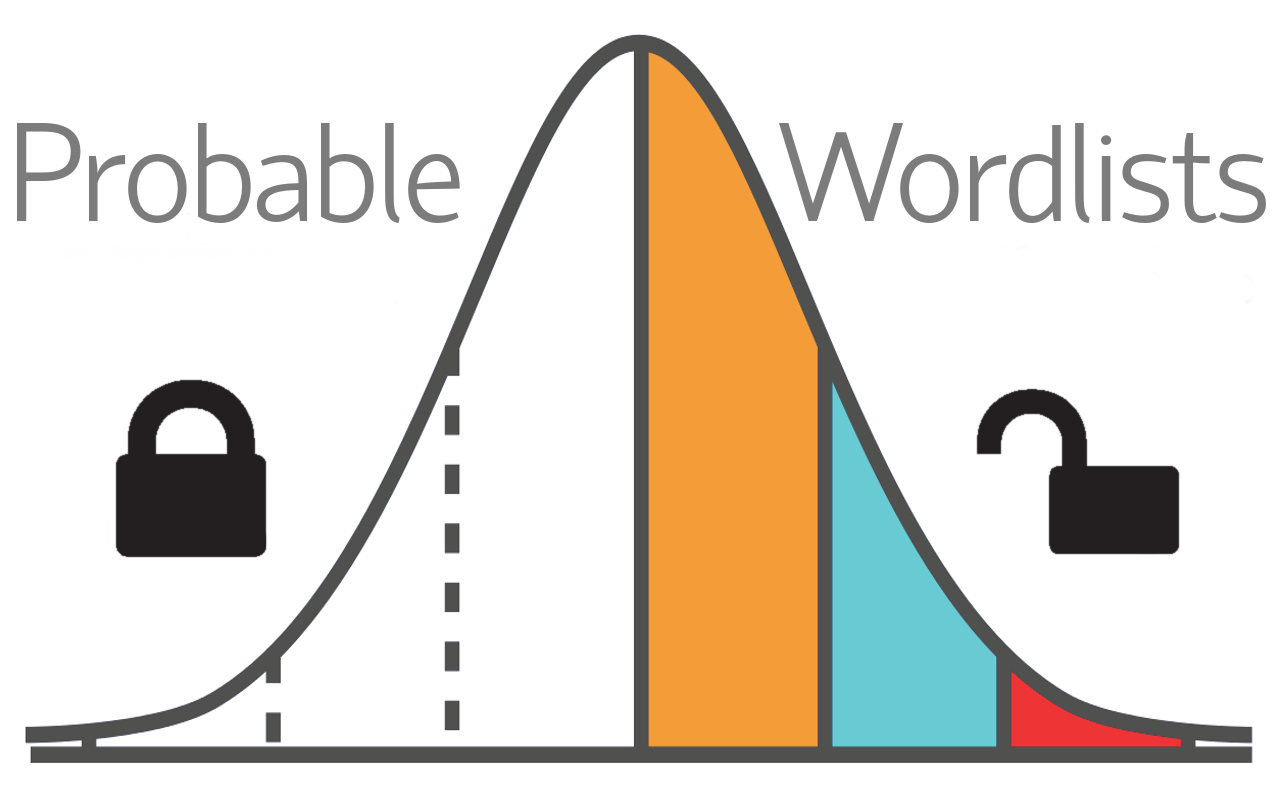 I visualized the trends of passwords that appeared 10 times or more in the Version 1 files. The charts contain immediately actionable advice on how to make your passwords more unique.

Methodology: Why and How

Password wordlists are not hard to find. It seems like every few weeks we hear about a massive, record-breaking data breach that has scattered millions of credentials across the internet for everyone to see. If our data is leaked, we'll change our passwords, the hard-working security teams will address the vulnerabilities and everyone will wait until they hear about the next breach.

While leaks may be published with malicious intent, I see an opportunity here for the us to make ourselves a bit more secure online.

Passwords, by definition, are meant to be secret. If it weren't for these leaks, we might not have any idea what a password looks like. Sure, we might know the password to a friend's home Wifi network, or for a company expense account, but passwords are usually only intended to be known by the user and an authentication system.

But, consider this:
If you are never supposed to tell me yours, and I am never going to tell you mine...
How do we know that we aren't using the same passwords?

How do we know we aren't using the same passwords as millions of other people?

If crooks are the only ones who understand what common passwords look like, then the rest of us may never change our passwords! Without this knowledge, we may just continue believing that our password is one of a kind. Data shows that frequently, passwords certainly are not one of a kind.

This is confirmed year after year when password is found to be among the top 3 password for the umpteenth time in a row. Until we know what common passwords look like, we will come up with passwords that appear on dozens of leaks.

If any of your passwords has been published on the internet for everyone to see, then can you really claim it as your password?

While studying password wordlists, I noticed most were either sorted alphabetically or not sorted at all. This might be okay computerized analysis, but I wanted to learn something about the way people think.

I determined that for the most practical analysis, lists had to be sorted in a manner that reflected actual human behavior, not an arbitrary alphabet system or random chronology.

For the better part of a year, I went to sites like SecLists, Weakpass, and Hashes.org to download nearly every single Wordlist containing real passwords I could find. After attempting to remove non-pertinent information, this harvest yielded 1600 files spanning more than 350GB worth of leaked passwords.

For each file, I removed internal duplicates and ensured that they all used the same style of newline character. Some of these lists were composed of smaller lists, and some lists were exact copies, but I took care that the source material was as "pure" as possible. Then, all files were combined into a single amalgamation that represented all of the source files.

Each time a password was found in this file represented a time it was found in the source materials. I considered the number of times a password was found across all of the files to be an approximation of its overall popularity. If an entry was found in less than 5 files, it isn't commonly used. But, if an entry could be found more than 350 files, it is incredibly popular. The passwords that were found in the highest number of source files are considered to be the most popular and are placed at top of the list. Files that didn't appear frequently were placed at the bottom.

The giant source file represented nearly 13 billion passwords! However, since this project aims to find the most popular passwords, and not just list as many passwords as I could find, a password needed to be found at least 5 times in analysis to be included on these lists.

The end result is a list of approximately 2 Billion real passwords, sorted in order of their popularity, not by the alphabet.

Directories In This Repository

Files sorted by popularity will include probable-v2 in the filename

These are REAL passwords.

Some files contain entries between 8-40 characters. These can be found in the Real-Passwords/WPA-Length directory.

Files including dictionaries, encyclopedic lists and miscellaneous. Wordlists in this folder were not necessarily associated with the "password" label.

Some technically useful lists, such as common usernames, tlds, directories, etc. are included.

These files were generated using the PACK project.

People Are Talking About Probable-Wordlists?!

Note that the author is not affiliated with or officially endorsing the visiting of any of the links below.

Thanks for the shout-outs!

The author did not steal, phish, deceive or hack in any way to get hold of these passwords. All lines in these files were obtained through freely available means.

This work is licensed under a Creative Commons Attribution-ShareAlike 4.0 International License.