We have now developed an efficient multi-thread GeoSeries implementation, and the distributed version is in progress. In the latest version 0.2.0, Arctern achieves 24x speedup against GeoPandas. Even under single-thread execution, Arctern outperforms GeoPandas 7x on average. The detailed evaluation results are illustrated in the figure below. 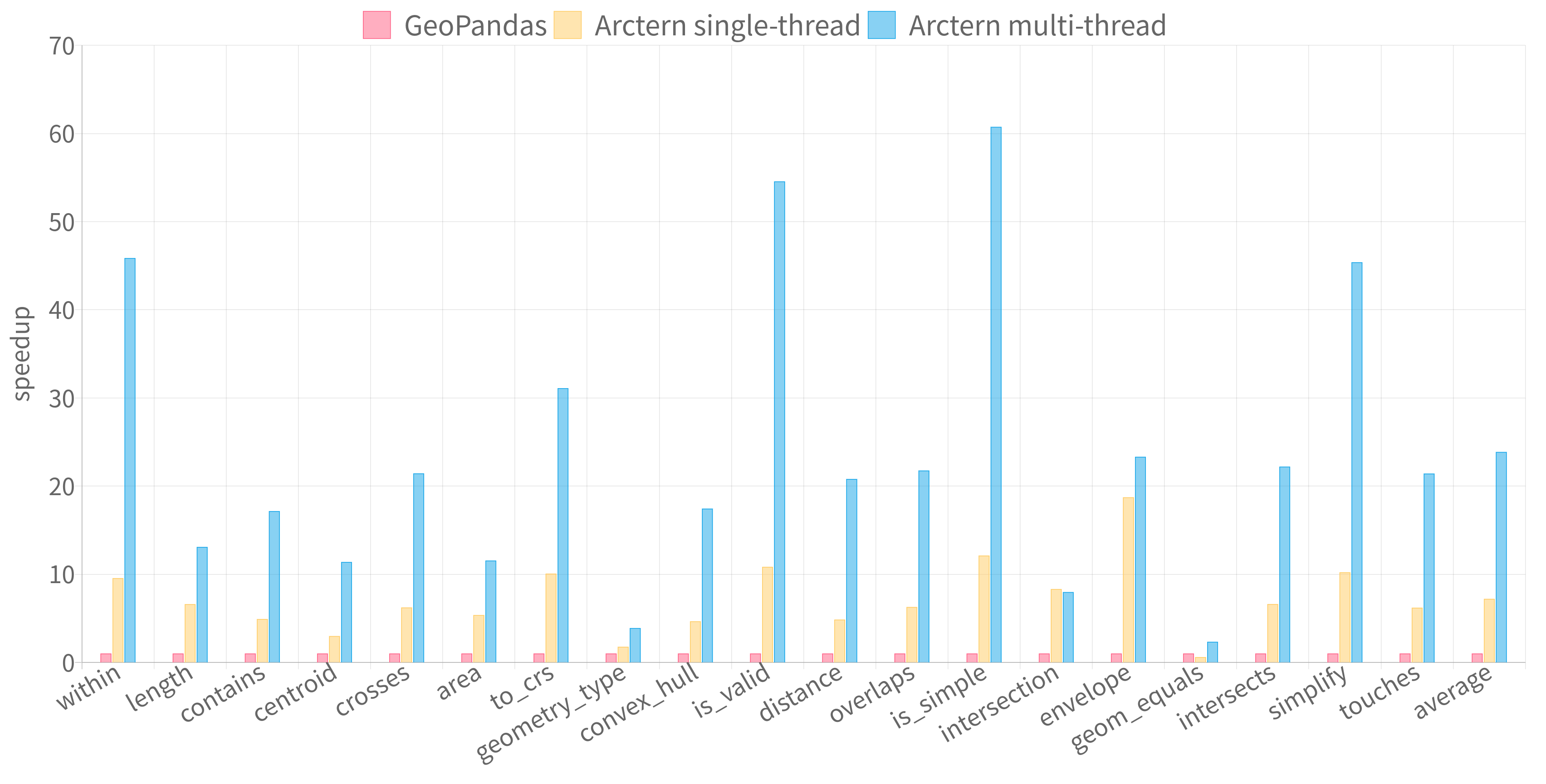 We are also conducting experimental GPU acceleration for spatial-temporal data analysis and rendering. By now Arctern provides six GPU-accelerated rendering methods and eight spatial-relation operations, which outperform their CPU-based counterparts with up to 36x speedup.

In the next few releases, our team will focus on: