ytTerm player is a terminal youtube music player. It's completely written in python.

UI: Made using a wrapper for curses called urwid

Set up a virtual environment and install the dependencies:

ytTerm player itself is open source. Feel free to modify and distribute the code 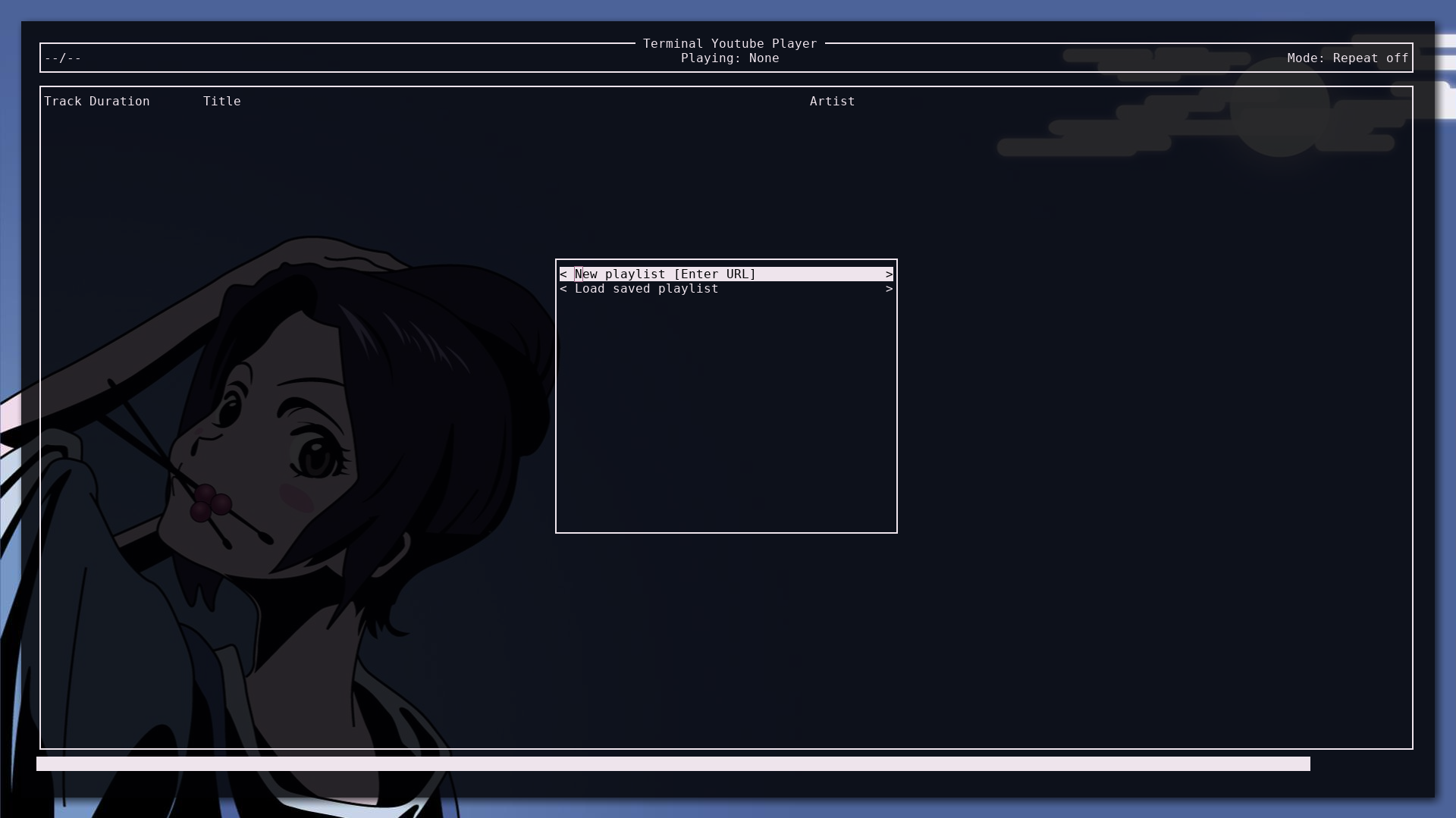 The UI will automatically use your terminal colors. 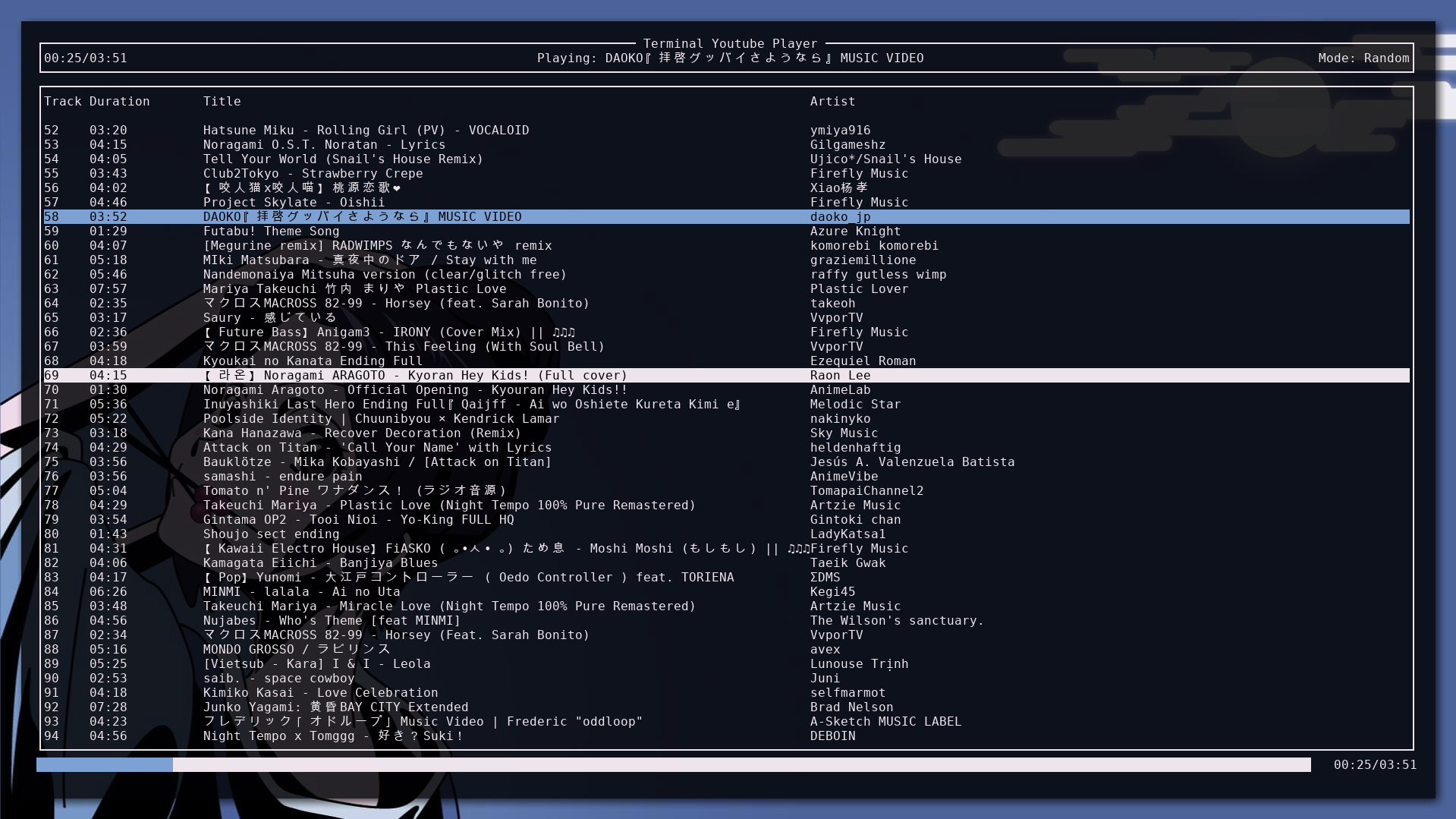 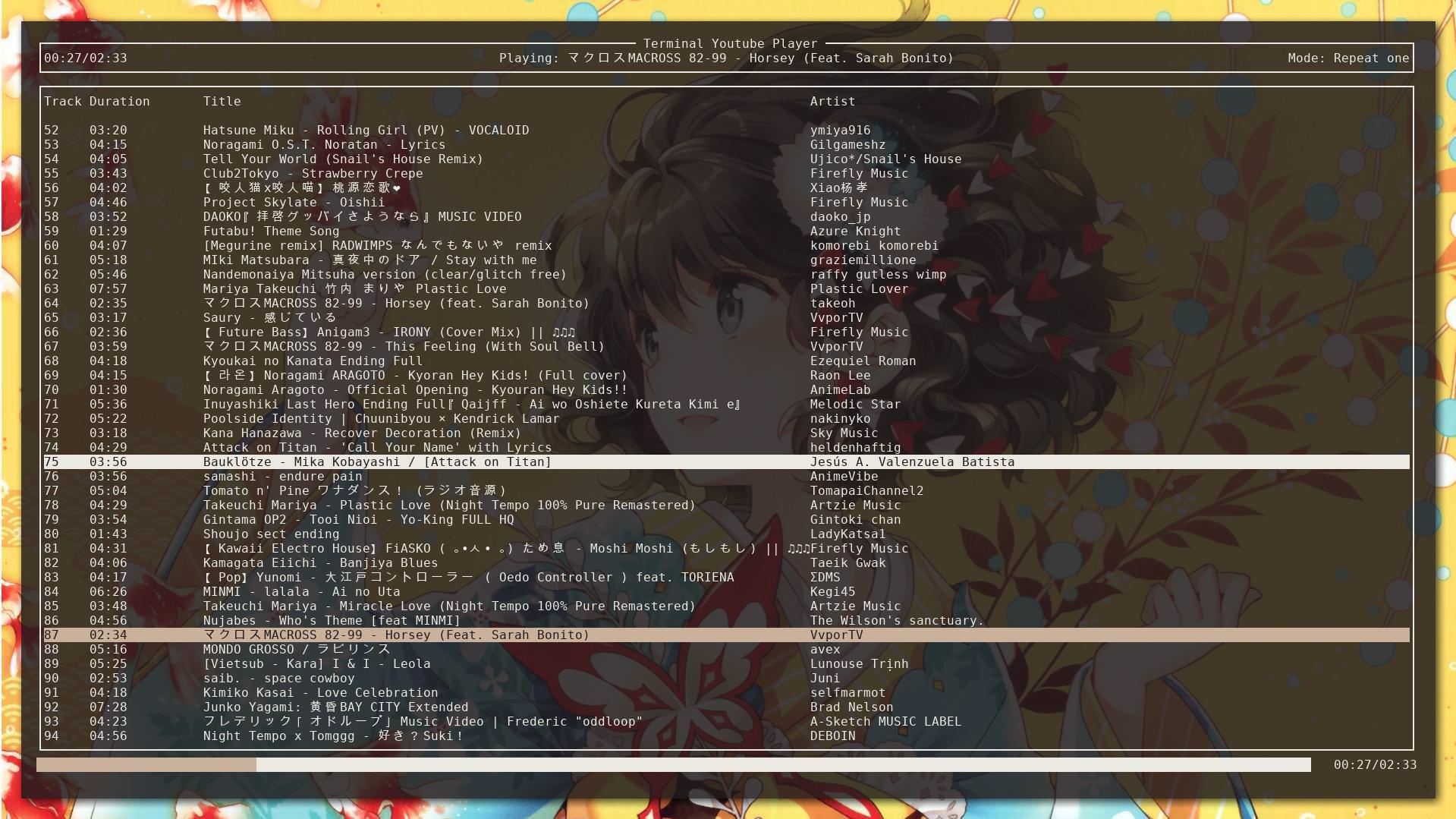 YouTube keeps changing its structure so it's important you have installed the latest version of youtube-dl as follows: pip install --upgrade youtube_dl

Playlists are saved in $HOME/.yTermPlayer/playlists as plain text. You may delete or add new playlists directly here.