LiveBot can no longer be used for user accounts. It can now only be used for bots. This is due to the recent update to discord.js v12.2.0

An app that allows you to be inside a bot!

At the moment, LiveBot is still in beta. Installation instructions can be found below.

If you would like to get the latest information on the project, talk with the developers, post suggestions, get help, etc... join the official LiveBot Discord server! 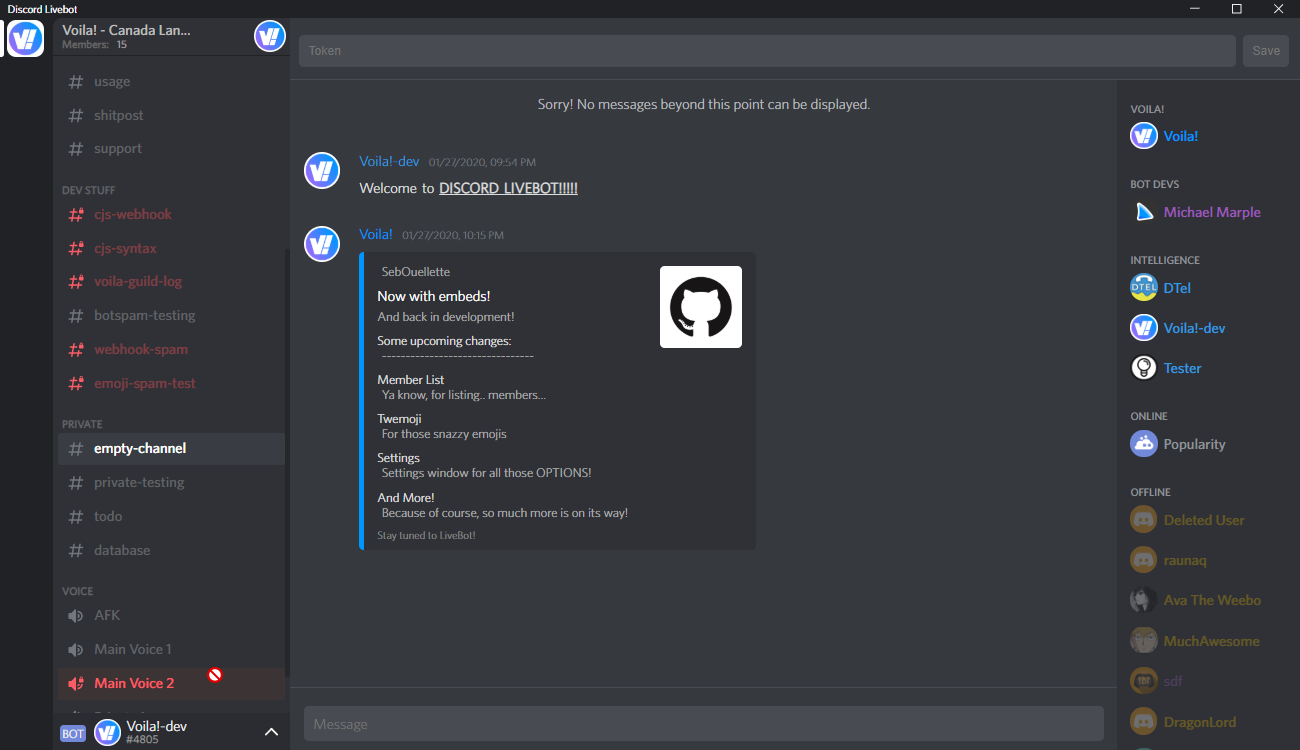 LiveBot is a program built with electron and discord.js, that will allow you to have discord controlling a bot. You are able to view messages in channels, send messages, interact with people, and see what is going on in the servers your bot is in. LiveBot can only be used on bot accounts, if you find a way to use it on user accounts we're in no way liable for anything that might happen. LiveBot had been built so that the style and flow is similar to discord, and while it is not exact, it is pretty close. it is also built from scratch, using no frameworks, just straight html, css, and javascript. Due to this, and having a very small developer team, additions may take a while to be added. The point is to built from scratch, we know very well that it's not the fastest way to make something like this. However, LiveBot is slowly being filled with cool exclusive features like the pull-up user settings menu, the soon to come embed builder, native support for scripts, and more!

Manual (Necessary for Mac and Linux (Works on windows too))

Before following any installation steps, make sure you install nodejs. To install LiveBot, just download as a zip file, which you can do by pressing the green button above that has "Code" written inside. Once you have downloaded and extracted the zip file, go into the directory with a command prompt or shell window. In the shell window, enter the command npm install. Make sure that the terminal window is running as administrator. Once this process is finished - it may take some time - type npm test. The LiveBot window will open and you're ready to go! You'll be greeted with a splash screen that asks you for your token and allows you to log in once or even by default!

If you would like to just download and open an exe file, switch to the executable branch, then just download that zip file. If you don't know how to switch, click the dropdown menu left of the green "Code" button above the file list, it should by default say master. 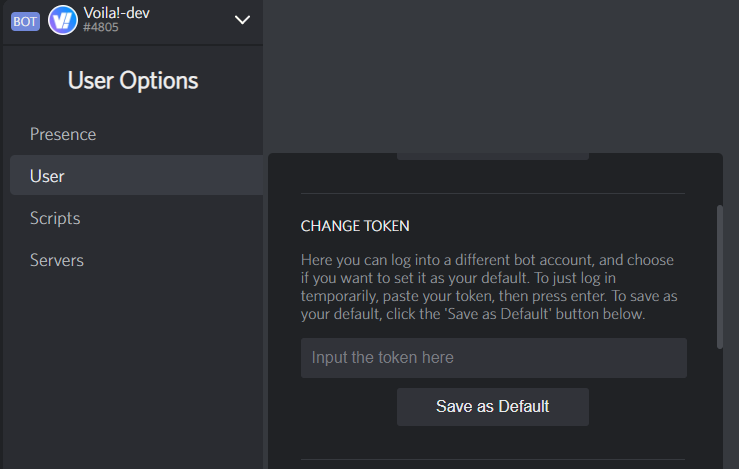 Barry is the LiveBot version of discord's Clyde. Except Barry has some fun commands! Just use the prefix / and to see the commands write /help. Only you can see what barry says, so don't worry about interfering with any conversations.

The profile card is able to tell you the username, the avatar image, the discriminator, and something discord does not have. The profile card will tell you if the account you are signed into is a bot or a user. This can be handy if you are not quite sure. As you can no longer login with a user account it's just legacy code and for the looks