DefaultEcs is an Entity Component System framework which aims to be accessible with little constraints while retaining as much performance as possible for game development.

DefaultEcs heavily uses features from C#7.0 and Span from the System.Memory package, compatible from .NETStandard 1.1.
For development, a C#9.0 compatible environment, net framework 4.8, netcore 3.1 and net5 are required to build and run all tests (it is possible to disable some target in the test project if needed).
It is possible to use DefaultEcs in Unity (check FAQ).

This is the current strategy used to version DefaultEcs: v0.major.minor

To help development with DefaultEcs, there is a roslyn analyzer which provides code generator and warnings against potential bad usages. It can be found here.

The World class act as the central hub to create entities, query specific entities, get all components for a given type or publish and subscribe to messages that can be used to communicate across types.
Multiple World objects can be used in parallel, each instance being thread-safe from one another but operations performed on a single instance and all of its created items should be thought as non thread-safe. Depending on what is done, it is still possible to process operations concurrently to optimise performance.

Worlds are created as such

The World class also implement the IDisposable interface so you can easily cleanup an instance resources by disposing it.

It is possible to send and receive message transiting in a World.

It is also possible to subscribe to multiple method of an instance by using the SubscribeAttribute:

Note that the Subscribe method return an IDisposable object acting as a subscription. To unsubscribe, simply dispose this object.

Entities are simple struct acting as a key to manage components.

Entities are created as such

You should not store entities yourself and rely as much as possible on returned object from a world query as those will be updated accordingly to component changes.
To clear an entity, simply call its Dispose method.

Once disposed, you should not use the entity again. If you need a safeguard, you can check the IsAlive property:

You can also make an entity act as if it was disposed so it is removed from world queries while keeping all its components, this is usefull when you need to activate/diactivate entity from your game logic

Components are not restricted by any heritage hierarchy. It is recommanded that component objects only hold data and to be struct to generate as little as possible garbage and to have them contiguous in memory but you can use class type and interface too.

To reduce memory usage, it is possible to set a maximum capacity for a given component type. If nothing is set, then the maximum entity count of the world will be used. This call need to be done before any component of the specified type is set.

Components can live on two level, on entities or directly on the world itself.

Component on entities can also be disabled and reenabled. This is usefull if you want to quickly make an entity act as if its component composition has changed so it is picked up by world queries without paying the price to actually remove a component.

By combining the previous calls, it is possible to define a component type as a singleton:

Not all components can easily be serialized to be loaded from data file (texture, sound, ...). To help with the handling of those cases, helper types are provided to give a way to load managed resources, shared across entities and even worlds, and automatically dispose them once no entity using them exist anymore.
To setup a managed resource on an entity, the type ManagedResource<TInfo, TResource> need to be set as a component where TInfo is a type used as a single identifier for a single resource and information needed to load it, and TResource is the type of the resource.
Should multiple resource of the same type be needed on a single entity, it is also possible to set the type ManagedResource<TInfo[], TResource> as component.
If the ManagedResource component is removed from the entity or the entity holding it disposed, the internal reference count on the resource will decrease and it will be disposed if zero is reached.
To actually load the resource, an implementation of the class AResourceManager<TInfo, TResource> is need as shown in the next exemple:

This feature only care for entities component, not the world component.

To perform operation, systems should query entities from the world. This is performed by requesting entities through the world and using the fluent api to create rules

Once you are satified with the rules you can then finish the query by chosing how to get the entities.

Get a Predicate<Entity> that check for your declared rules. When... rules are ignored.
This is usefull if you need to check for some entity component composition.

Get a IEnumerable<Entity> that when enumerated returns all the entities respecting your declared rules. When... rules are ignored.
This is usefull if you need to do an initialisation on specific entities, this should not be used in a hot path.

Get a EntitySet containing all entities respecting your declared rules. Its content is cached for fast access and is automatically updated as you change your entities composition. If When... rules are present, you should call its Complete() method once you are done processing its entities to clear it. This is the base type used in the provided system implementation.

Get a EntityMap<TKey> which map a single entity with a component type TKey value. Its content is cached for fast access and is automatically updated as you change your entities composition. If When... rules are present, you should call its Complete() method once you are done processing its entities to clear it. This is usefull if you need o(1) access to an entity based on a key.

Get a EntityMultiMap<TKey> which map multiple entities with a component type TKey value. Its content is cached for fast access and is automatically updated as you change your entities composition. If When... rules are present, you should call its Complete() method once you are done processing its entities to clear it. This is usefull if you need o(1) access to entities based on a key.

Although there is no obligation, a set of base classes are provided to help the creation of systems:

This is a base interface for all the systems. it exposes an Update method and an IsEnabled property. In all derived types provided in DefaultEcs, the responsibility to check this property is handled by the callee, not the caller. It is set to true by default.

This class is used to quickly make a system with a given custom action to be called on every update.

This class is used to easily create a list of system to be updated in a sequential order.

This is a base class to create system to update a specific component type from a given World.

Note that components do not have to reside on an entities to be processed by such a system (world components) and their enable/disable state on their owning entity is ignored.

This is a base class to create system to update a given EntitySet.

It is also possible to declare the needed component by using the WithAttribute and WithoutAttribute on the system type.

This is a base class to create system to update a given EntityMultiMap. If the key implemente IComparable, they keys will processed in a sorted order, or you can give your own key order.

Some systems are compatible with multithreading execution: ParallelSystem, AEntitySetSystem and AComponentSystem. This is done by passing a IParallelRunner to their respective constructor.

It is safe to run a system with multithreading when:

This interface allow the creation of custom parallelisable process by an IParallelRunner.

This interface allow the creation of custom parallel execution.

This is the default implementation of IParallelRunner. it uses exclusive Task to run an IParallelRunnable and only return when the full runnable has been processed. When index == maxIndex this is the calling thread.
It is safe to reuse the same DefaultParallelRunner in multiple system but it should not be used in parallel itself.

DefaultEcs support serialization to save and load a World state. Two implementations are provided which are equals in feature and it is possible to create a custom serialization engine using the framework of your choice by implementing a set of interfaces.

The provided implementation TextSerializer and BinarySerializer are highly permissive and will serialize every fields and properties even if the are private or readonly and do not require any attribute decoration to work.
This was a target from the get go as graphic and framework libraries do not always have well decorated type which would be used as component.
Although the lowest target is netstandard1.1, please be aware that the capability of both implementation to handle type with no default constructor maybe not work if the version of your .NET plateform is too low. Other known limitations are:

Each implementation has its own serialization context which can be used to transform a given type to something else or just change the value at serialization and deserialization time.

The purpose of this serializer is to provide a readable save format which can be edited by hand.

This serializer is optimized for speed and file space.

A DefaultEcs.Extension project is present to show how other features can be built upon the base framework. Those features are just provided as example and are not part of DefaultEcs because the implementation is not generic nor satisfactory enough.

Some sample projects are available to give a better picture on how to use DefaultEcs. Those exemples were done relatively fast so they are probably not the best representation of the Entity Component System framework application. 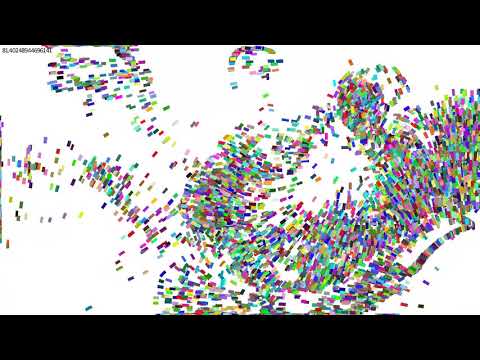 A really simple implementation of a boids simulation, here displaying 30k boids with an old Intel Core i5-3570K CPU 3.40GHz at ~70fps.
This project use code generation from DefaultEcs.Analyzer for its systems whenever possible.

Basic breakout clone. The collision is buggy! As said not much time was spent debuging those. Ball moves faster as the more bricks you destroy and reset to default speed if lost. The stage reload once completed.
This project do not use attribute for system query, everything is statically declared.

Basic fly swatter clone. Every five seconds, flies (blue square) will damage the player (up to 3 times until the "game" resets) and new ones will spawn.
This project use attributes for system query.

Your game uses DefaultEcs? Don't hesitate to contact me. 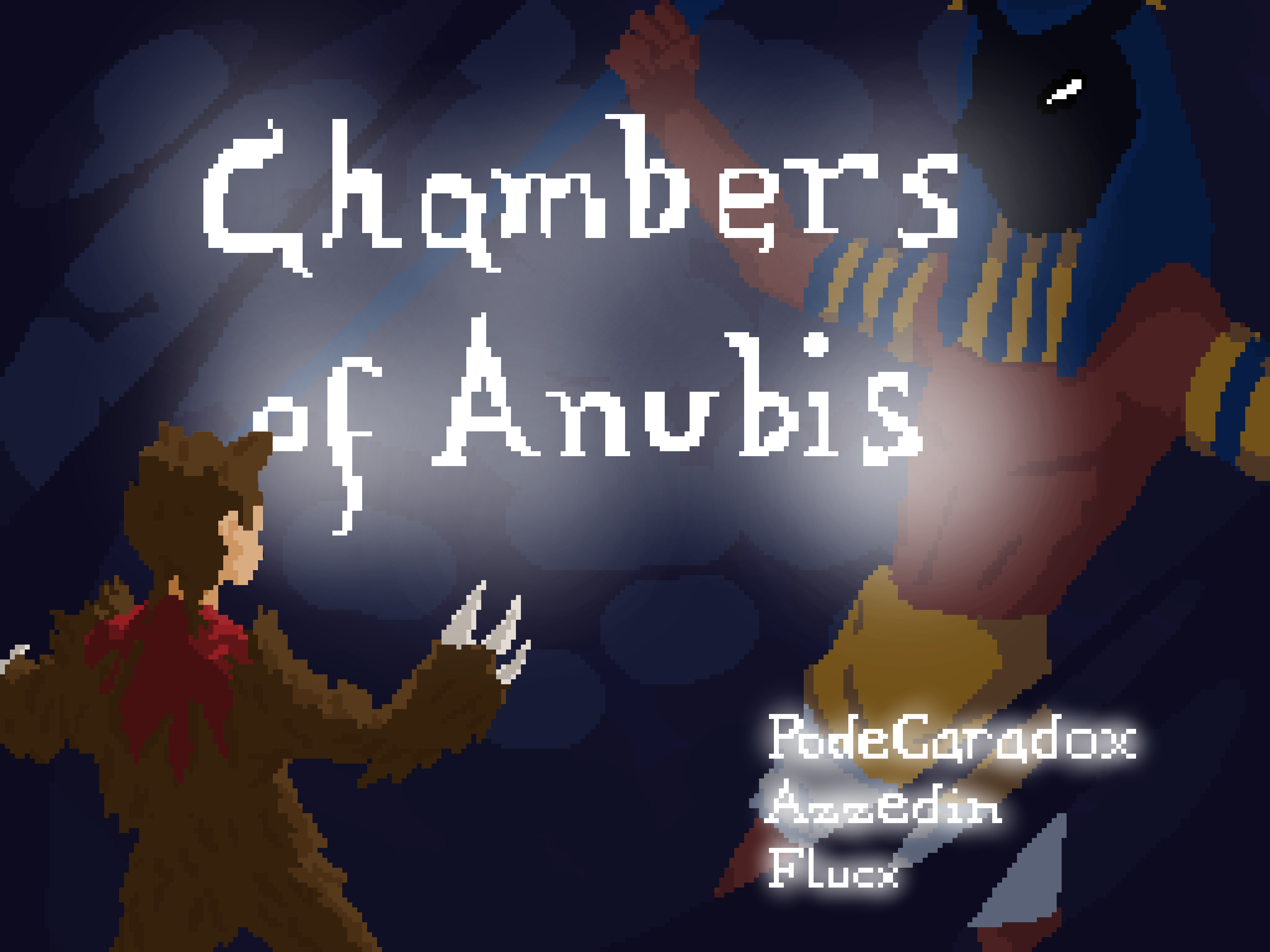 CI, tests and code quality rely on those awesome projects: