Flecs is a fast and lightweight Entity Component System with a focus on high performance game development and usability (join the Discord!). The highlights of the framework are: 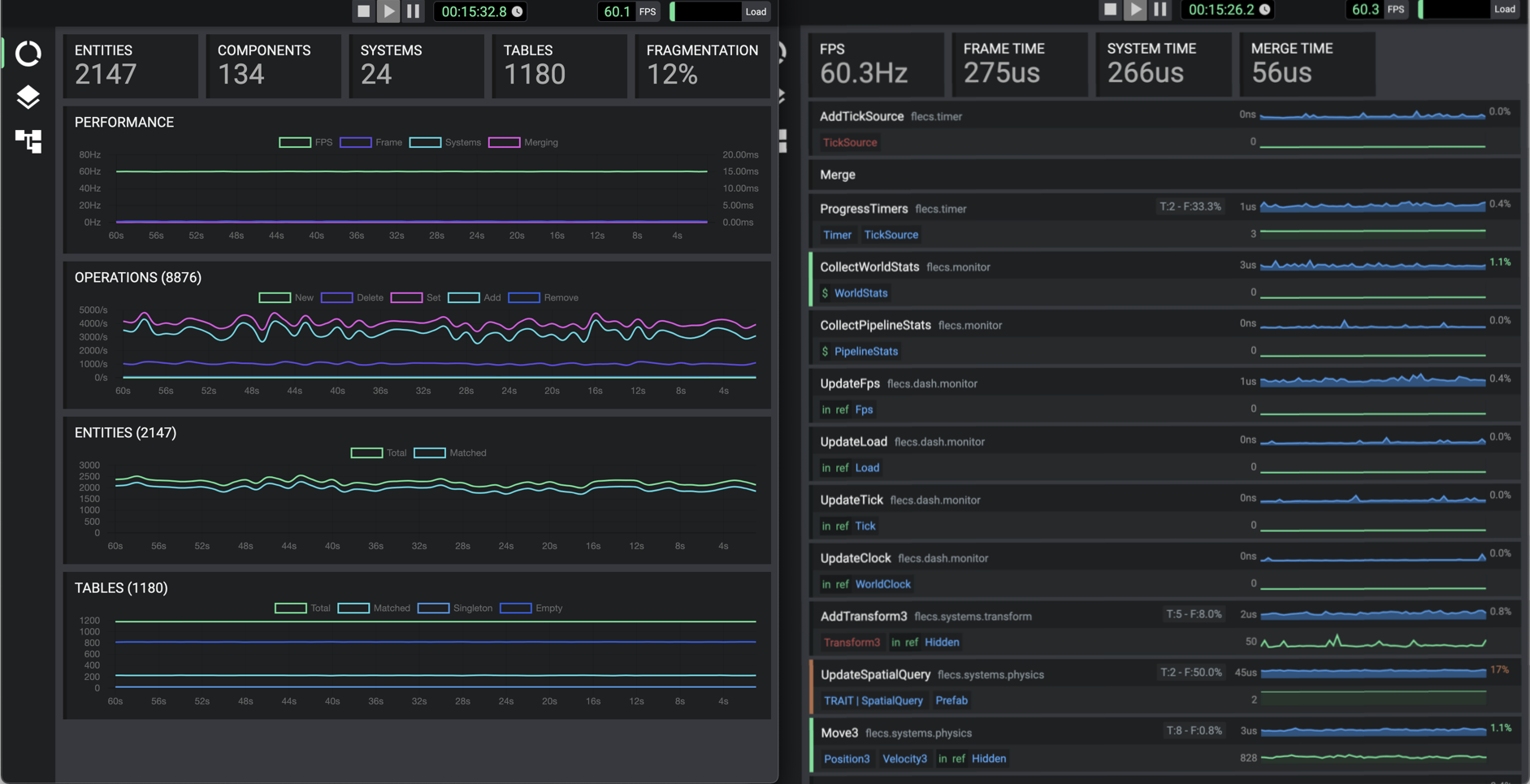 What is an Entity Component System?

If you are still learning Flecs, these resources are a good start:

The FAQ is where some of the most asked questions are listed:

The manual and examples come in handy if you're looking for information on specific features:

If you are migrating from Flecs v1 to v2, check the migration guide:

Here is some awesome content provided by the community (thanks everyone! ❤️):

This is a simple flecs example in the C99 API:

The first C example used macro's to emulate a type-safe layer on top of the underlying generic API. This example uses the C API without macro's (system code omitted as it's the same as the previous C example):

The easiest way to add Flecs to a project is to add flecs.c and flecs.h to your source code. These files can be added to both C and C++ projects (the C++ API is embedded in flecs.h). Alternatively you can also build Flecs as a library by using the cmake, meson, bazel or bake buildfiles.

The Flecs source has a modular design which makes it easy to strip out code you don't need. At its core, Flecs is a minimalistic ECS library with a lot of optional features that you can choose to include or not. This section of the manual describes how to customize which features to include.

To ensure stability of Flecs, the code is thoroughly tested on every commit:

The code is validated on the following platforms/compilers:

APIs are stable between minor and patch versions, but exceptions are made in these scenarios:

The following parts of the API are not stable between patch/minor versions:

The following modules are available in flecs-hub. Note that modules are mostly intended as example code, and their APIs may change at any point in time.

Supporting Flecs goes a long way towards keeping the project going and the community alive! If you like the project, consider: