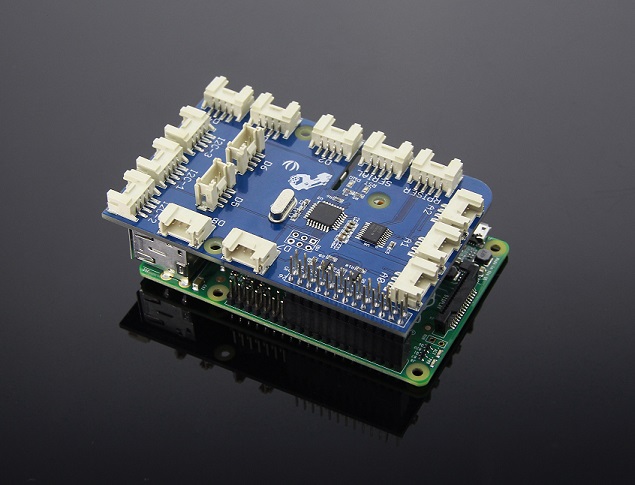 The GrovePi is an open-source platform for connecting Grove Sensors to the Rasberry Pi. Create IoT (Internet of Things) devices and inventions without the need of soldering!

Its official API is written in Python, but it can also be interfaced with in other languages such as C, C#, Go and NodeJS. These other variations of the same library came from our contributors.

In order to quick install the GrovePi repository, open up a terminal and type the following command:

The same command can be used for updating the GrovePi to the latest version. For more details on how you can install/update your GrovePi, please check this README.

To install into a virtual environment, first active your virtualenv and type the following command:

To flash the latest firmware to the GrovePi, run

Then, import the grovepi module and start playing with it. Its documentation can be found here.

The old guide on getting started with the GrovePi can be found here. It can still prove to be useful if you're unsure how the GrovePi has to be stacked on top of the Raspberry Pi, although it should be pretty obvious.

Once you've done the above command, you can install Scratch support if you want it. This step is optional.

If your SD card has Scratch 2.0 installed on it, then this will install GrovePi support for it. GrovePi integration for Scratch 1.4 is also getting installed.

Want to use a sensor not in the library yet?

Ask us in the forums. Want to use the GrovePi in a language not currently supported? Ask and we will help.

Need help? We have a forum here where you can ask questions or make suggestions.

Need an idea to get started? We have a few project examples to get your creative juices flowing.