One of the biggest complaints about RGB is the software ecosystem surrounding it. Every manufacturer has their own app, their own brand, their own style. If you want to mix and match devices, you end up with a ton of conflicting, functionally identical apps competing for your background resources. On top of that, these apps are proprietary and Windows-only. Some even require online accounts. What if there was a way to control all of your RGB devices from a single app, on both Windows and Linux, without any nonsense? That is what OpenRGB sets out to achieve. One app to rule them all.

This project interacts directly with hardware using reverse engineered protocols. While we do our best to make sure we're sending the right data, there is always some risk in sending data to hardware when we don't understand exactly how that hardware works.

There have been two instances of hardware damage in OpenRGB's development and we've taken precautions to prevent it from happening again. 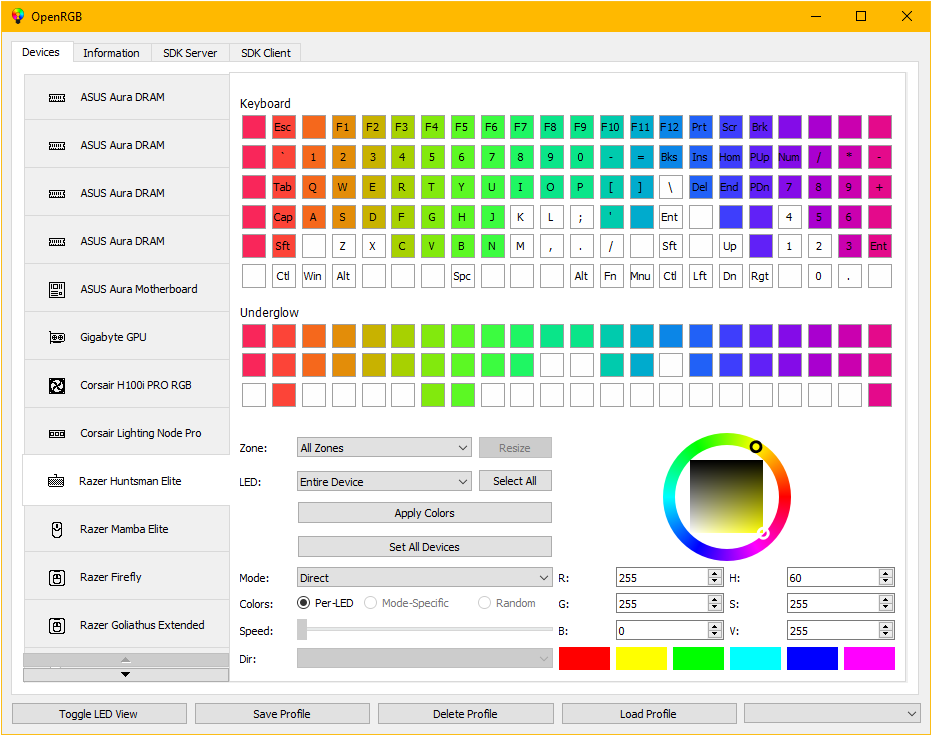