Photon is a lightweight multi-threaded downloader based on aria2. It supports HTTP/HTTPS, Magnet links, BitTorrent and Metalink.

Photon is cross platform. It has macOS and Windows releases now and will have Linux release soon.

For Web frontend of aria2, please have a look at Photon WebUI. 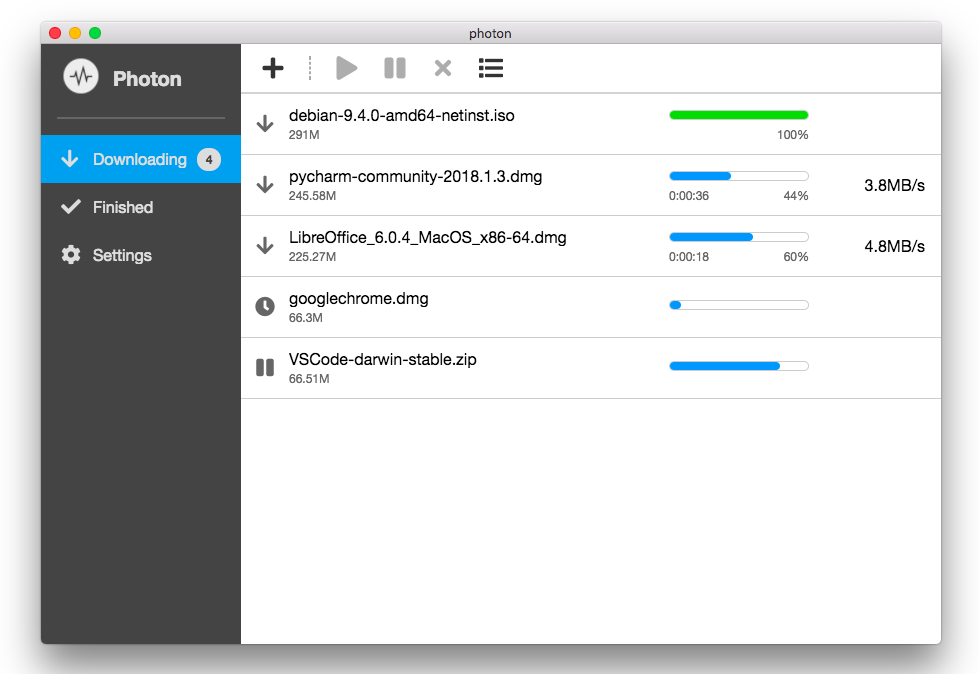 Since Photon uses aria2 as download core, all of the extensions that support aria2 via RPC are also Photon compatible.

The default RPC configuration for Photon and aria2:

This project was generated with electron-vue@7c4e3e9 using vue-cli. Documentation about the original structure can be found here.