This plugin is NO LONGER MAINTAINED by the author. It has been ~3 years since I've last used Ionic or tested this integration. The repository isn't archived for the sole purpose of keeping the Issues active (it is a community effort, I don't necessarily provide support myself). Please note that Unity's official Unity as a Library method might be more stable than this integration, though I haven't tested it myself.

This tutorial will show you how to integrate your Unity app into an Ionic app and send messages between them (optional). It is tested on a medium-scale commercial Unity project with Vuforia plugin (optional).

Before we start, I'd like to give credits to these other guides that helped me overcome some challenges I've faced along the way:

Also, a special thanks to all who contributed to the development of this plugin :)

If you are using Unity 2017.3.0+ and Vuforia, check out this topic for possible issues that you may encounter during the integration process: https://github.com/yasirkula/UnityIonicIntegration/issues/16

If you are using VideoPlayer component and it stops working after integration, check out this topic: https://github.com/yasirkula/UnityIonicIntegration/issues/18

NOTE: to access the plugin from Javascript, use window.unityARCaller.

NOTE: on Android platform, if device runs out of memory while running the Unity activity, the Ionic activity is stopped and then automatically restarted by Android OS upon returning to Ionic from Unity. In that case, unfortunately, onReturnedToIonicCallback can not be called.

NOTE: see the following topic if your Unity Android project has any gradle dependencies and the Android Studio steps below yield a Failed to resolve: error: https://github.com/yasirkula/UnityIonicIntegration/issues/21

If you want consistency for your app, go with the second option.

IMPORTANT NOTICE: make sure that the paths to your Ionic project and Unity build directory do not contain any space characters. 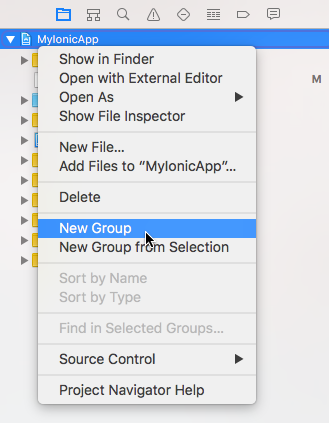 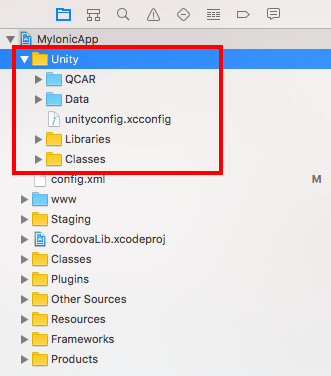 NOTE: if you encounter an error like "cordova/cdvviewcontroller.h' file not found" while building, try adding "$(OBJROOT)/UninstalledProducts/$(PLATFORM_NAME)/include" to Header Search Paths in Build Settings (do this for PROJECT and the TARGETS)