Welcome to pydlm, a flexible time series modeling library for python. This library is based on the Bayesian dynamic linear model (Harrison and West, 1999) and optimized for fast model fitting and inference.

Updates in the github version

You can also get the latest from github

pydlm depends on the following modules,

We use the example from the Google data science post as an example to show how pydlm could be used to analyze the real world data. The code and data is placed under examples/unemployment_insurance/.... The dataset contains weekly counts of initial claims for unemployment during 2004 - 2012 and is available from the R package bsts (which is a popular R package for time series modeling). The raw data is shown below (left) 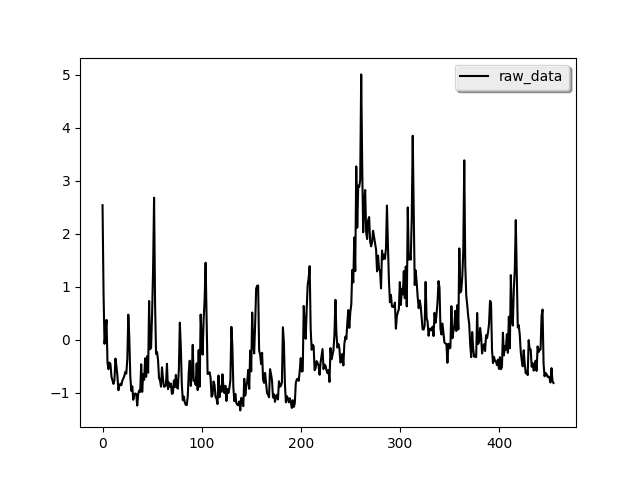 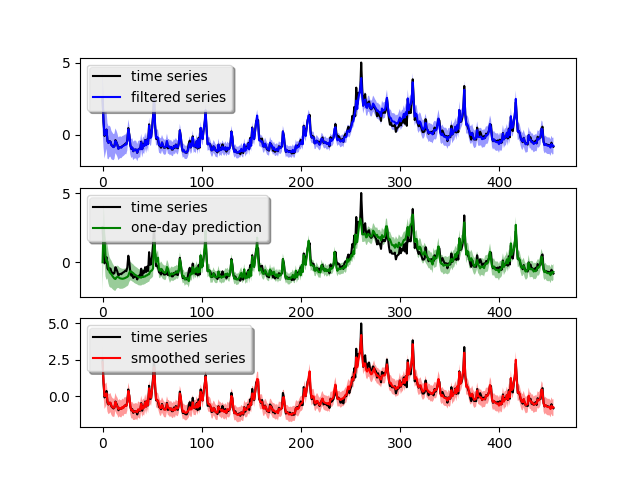 We see strong annual pattern and some local trend from the data.

Following the Google's post, we first build a simple model with only local linear trend and seasonality component.

In the actual code, the time series data is scored in the variable time_series. degree=1 indicates the trend is linear (2 stands for quadratic) and period=52 means the seasonality has a periodicy of 52. Since the seasonality is generally more stable, we set its discount factor to 0.99. For local linear trend, we use 0.95 to allow for some flexibility. w=10 is the prior guess on the variance of each component, the larger number the more uncertain. For actual meaning of these parameters, please refer to the user manual. After the model built, we can fit the model and plot the result (shown above, right figure)

We can decompose the time series into each of its components 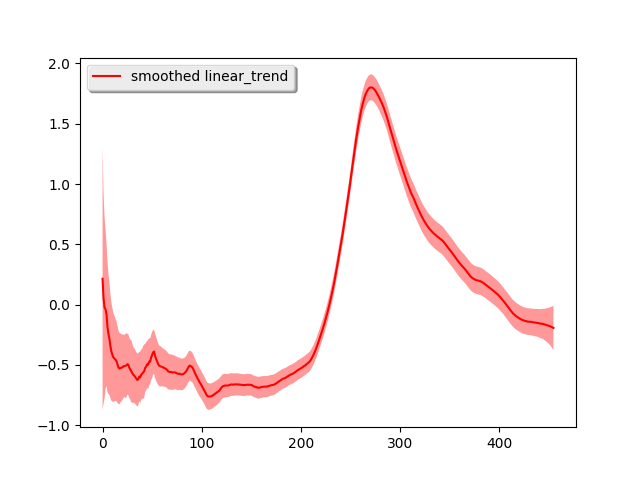 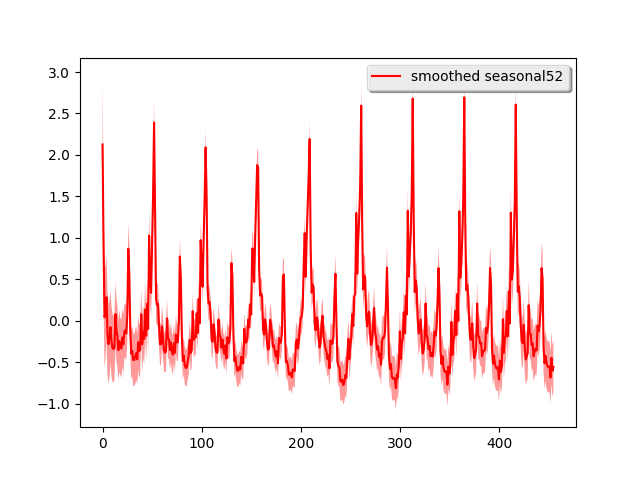 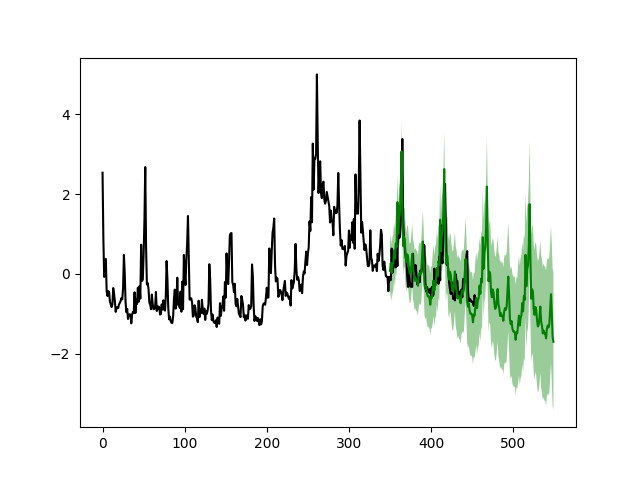 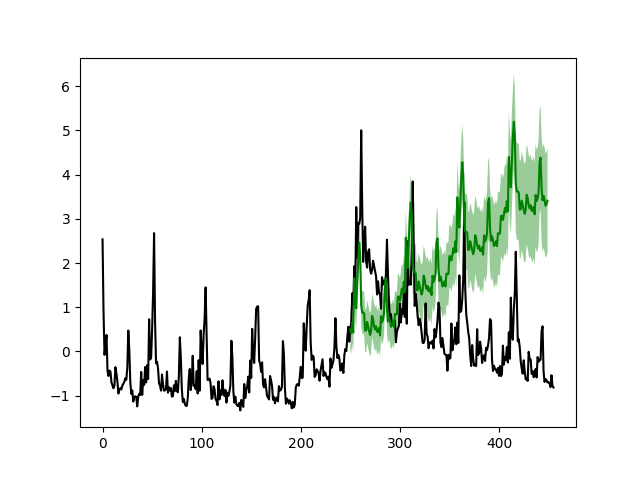 From the figure we see that after the crisis peak around 2008 - 2009 (Week 280), the simple model can accurately forecast the next 200 weeks (left figure) given the first 351 weeks. However, the model fails to capture the change near the peak if the forecasting start before Week 280 (right figure).

Now we build a more sophiscated model with extra variables in the data file. The extra variables are stored in the variable `features` in the actual code. To build the dynamic linear regression model, we simply add a new component

dynamic is the component for modeling dynamically changing predictors, which accepts features as its argument. The above code plots the fitted result (top left). 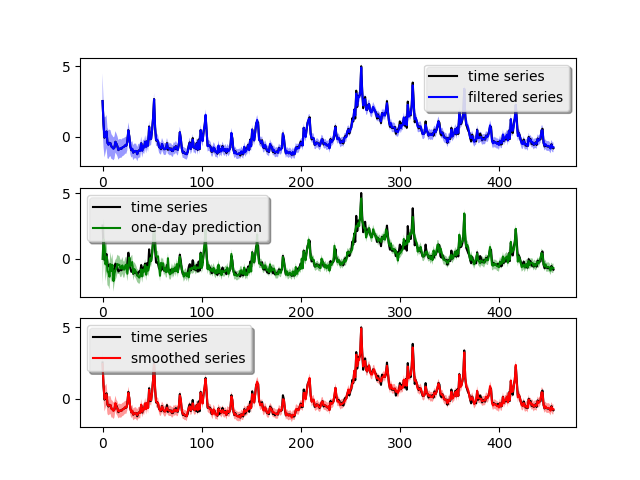 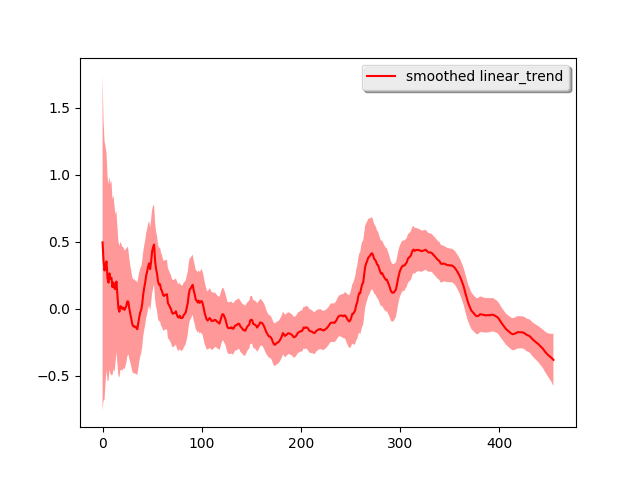 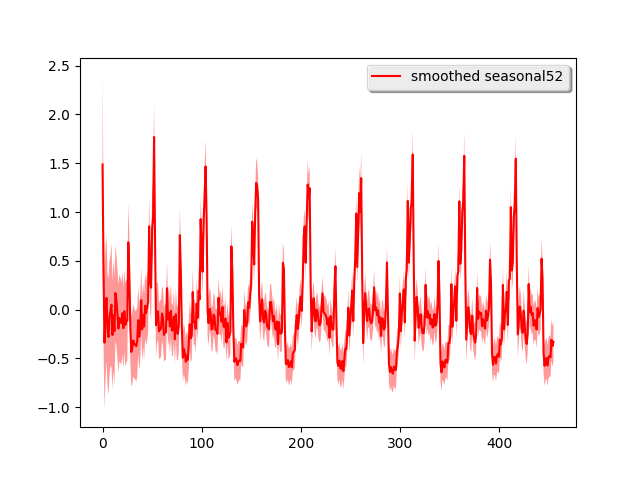 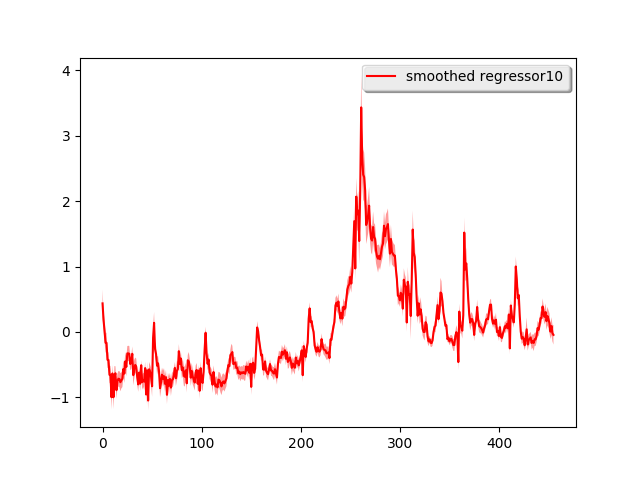 The one-day ahead prediction looks much better than the simple model, particularly around the crisis peak. The mean prediction error is 0.099 which is a 100% improvement over the simple model. Similarly, we also decompose the time series into the three components 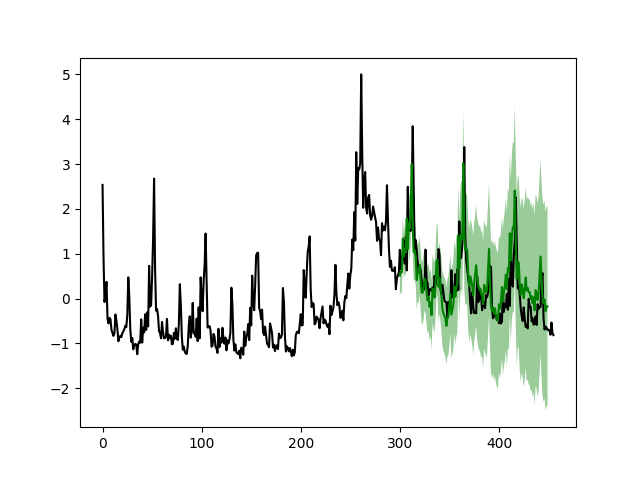 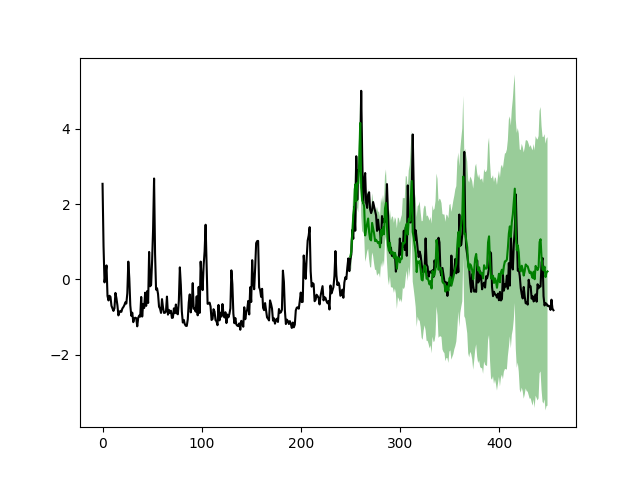 The results look much better compared to the simple model

Detailed documentation is provided in PyDLM with special attention to the User manual.