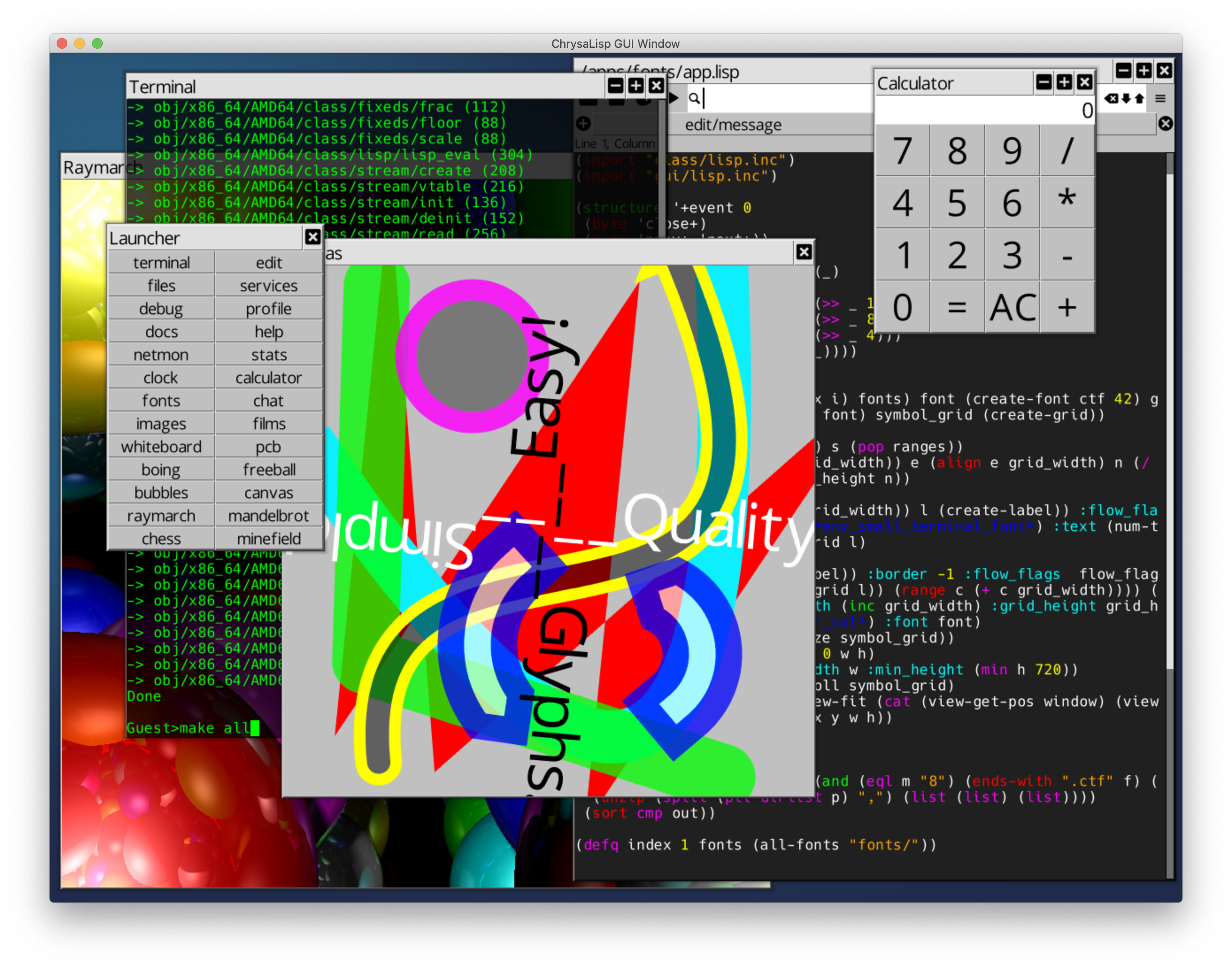 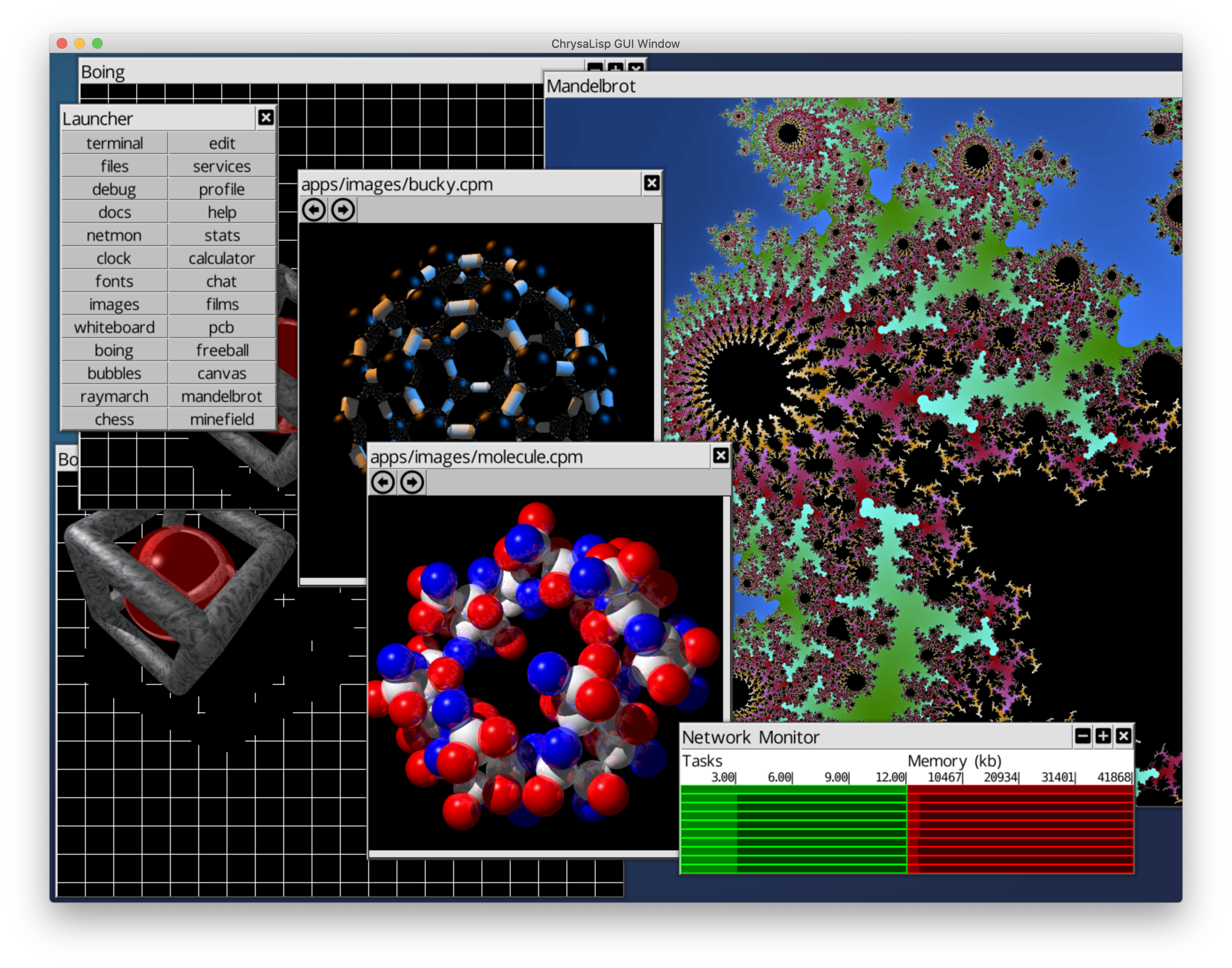 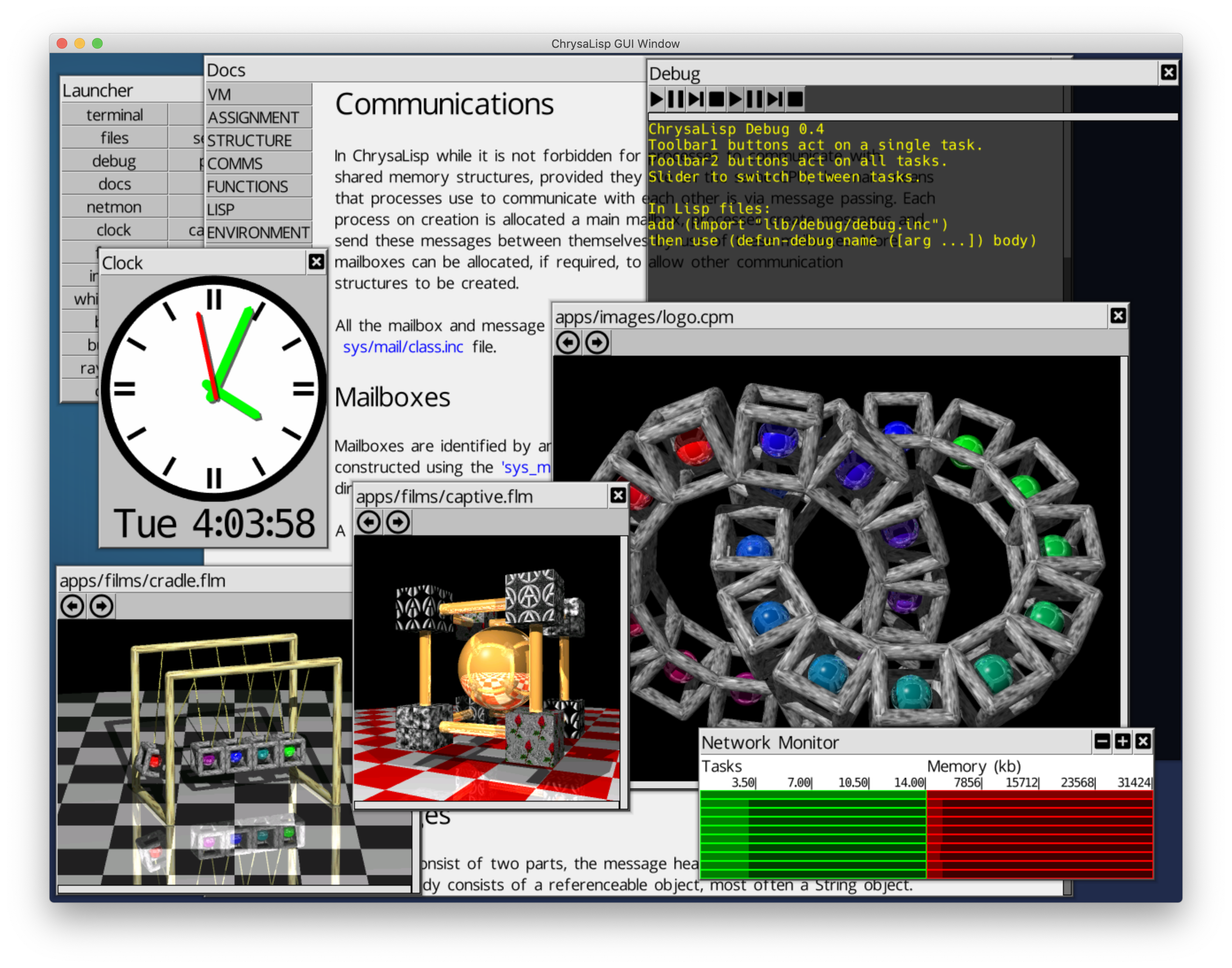 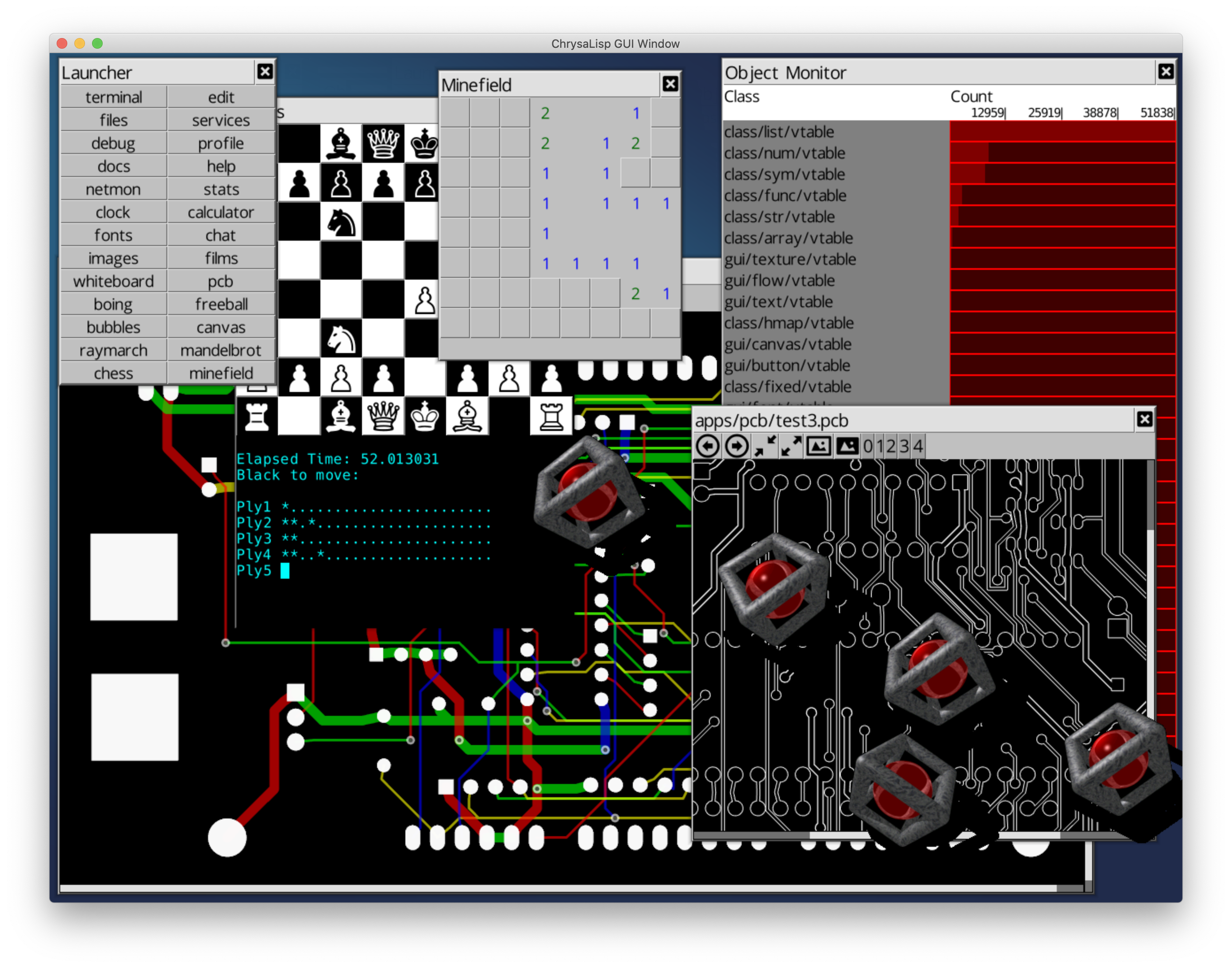 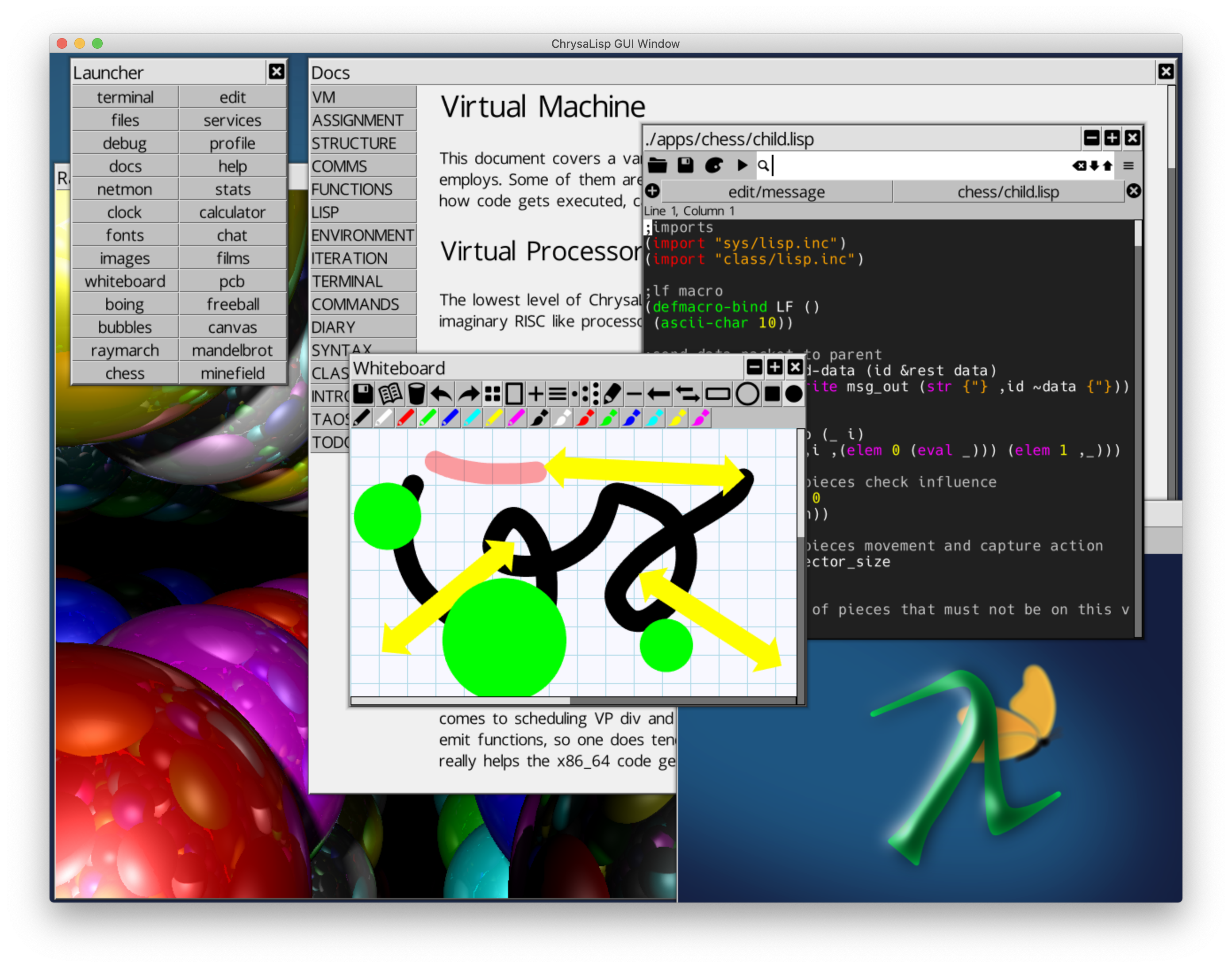 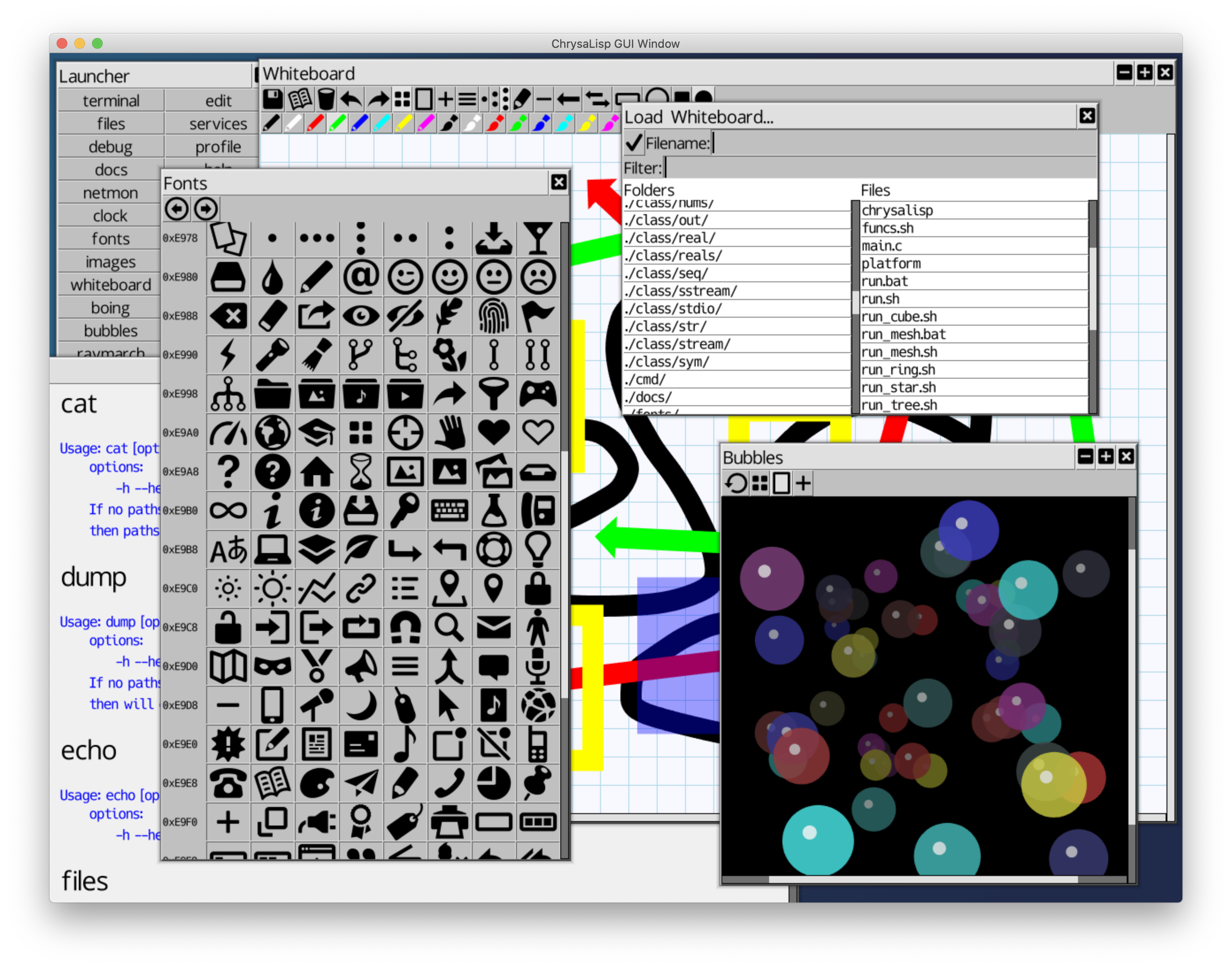 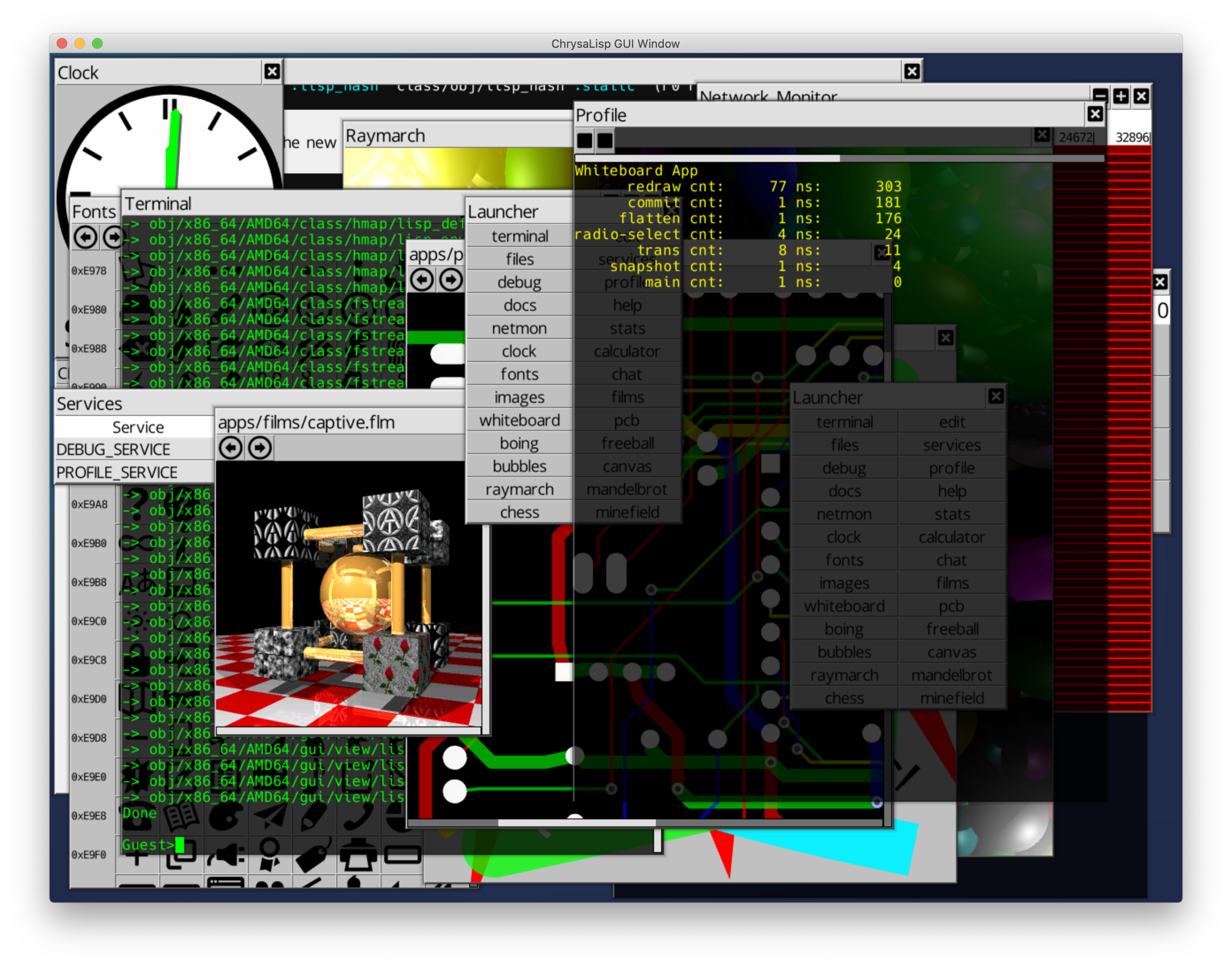 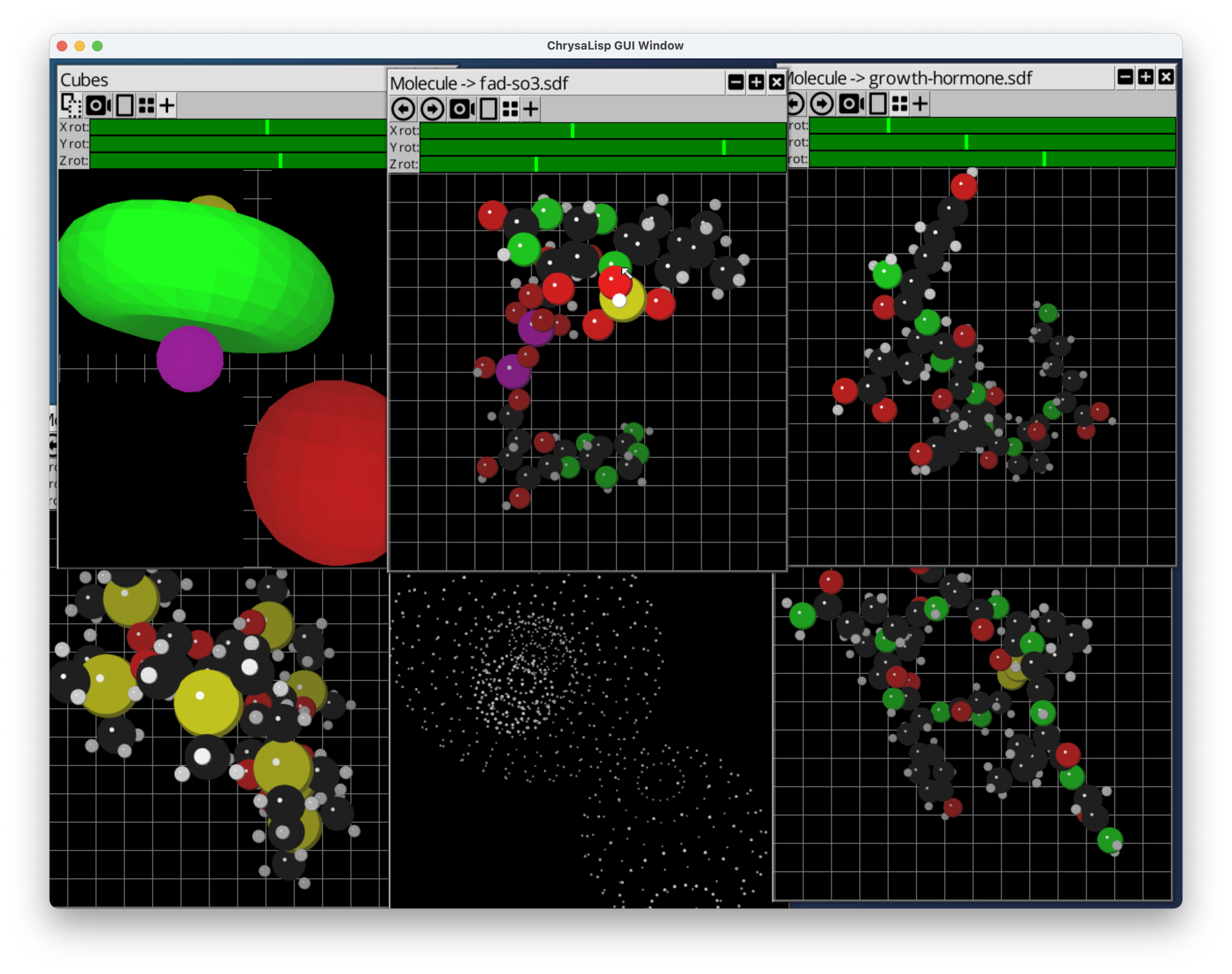 It runs on MacOS, Windows or Linux for x64, MacOS or Linux for Aarch64. Will move to bare metal eventually but it's useful for now to run hosted while experimenting. When time allows I will be doing a VM boot image for UniKernel type appliances and a WebAssembly target to play around within the browser.

The usb-links branch has the ability to use a usb3/usb2 Prolific chip 'copy' cable to join heterogeneous host networks ! This demonstrates that the simulated peer to peer network on a single machine does actually translate to real world parallel hardware ! Plus it's rather cool to string your MacBook and Windows laptops together with your PI4's to create your own dev network.

There is a virtual CPU instruction set to avoid use of x64/ARM/VP64 native instructions. Currently it compiles directly to native code but there is no reason it can't also go via a byte code form and runtime translation.

Register juggling for parameter passing is eliminated by having all functions define their register interface and parameter source and destinations are mapped automatically using a topological sort. Non DAG mappings are detected so the user can break them with a temporary if required. Operators are provided to simplify binding of parameters to dynamic bound functions, relative addresses, auto defined string pools, references and local stack frame values. Unused output parameters can be ignored with an _.

There is a powerful object and class system, not just for an assembler, but quite as capable as a high level language. Static classes or virtual classes with inline, virtual, final, static and override methods can be defined. The GUI and Lisp are constructed using this class system.

It has function level dynamic binding and loading. Individual functions are loaded and bound on demand as tasks are created and distributed. Currently functions are loaded from the CPU file system on which the task finds itself, but these will eventually come from the server object that the task was created with and functions will be transported across the network as required. Functions are shared between all tasks that share the same server object, so only a single copy of a function is loaded regardless of how many tasks use that function.

The interface to the system functions is provided as a set of static classes, easing use and removing the need to remember static function locations, plus decoupling the source from changes at the system level. Look in the sys/xxx.inc files to see the interface definitions.

A command terminal with a familiar interface for pipe style command line applications is provided with args vector, stdin, stdout, stderr etc. Classes for easy construction of pipe masters and slaves, with arbitrary nesting of command line pipes. While this isn't the best way to create parallel applications it is very useful for the composition of tools and hides all the message passing behind a familiar streams based API.

A Common Lisp like interpreter is provided. This is available from the command line, via the command lisp. To build the entire system type (make), calculates minimum compile workload, or (make-all) to do everything regardless, at the Lisp command prompt. This Lisp has a C-Script 'snippets' capability to allow mixing of C-Script compiled expressions within assignment and function calling code. An elementary optimise pass exists for these expressions. Both the virtual assembler and C-Script compiler are written in Lisp, look in the sys/code.inc, lib/asm/xxx.inc, sys/func.inc, sys/x64.inc, sys/arm64.inc and sys/vp.inc for how this is done. Some of the Lisp primitives are constructed via a boot script that each instance of a Lisp class runs on construction, see class/lisp/boot.inc for details. The compilation and make environment, along with all the compile and make commands are created via the Lisp command line tool in lib/asm/asm.inc, again this auto runs for each instance of the lisp command run from the terminal. You can extend this with any number of additional files, just place them after the lisp command and they will execute after the lib/asm/asm.inc file and before processing of stdin.

Don't get the idea that due to being coded in interpreted Lisp the assembler and compiler will be slow. A fully cleaned system build from source, including creation of a full recursive pre-bound boot image file, takes on the order of 2 seconds on a 2014 MacBook Pro ! Dev cycle (make) and (remake) under 0.5 seconds. It ain't slow !

You can enable a guard page memory allocator if chasing a buffer overrun bug. Look in the sys/heap/heap.vp file alloc function and enable the guard page version and rebuild with (remake). Also enable the printf in the main_tui.cpp file in order to be able to calculate the instruction offset from the crash dumps IP. Then you can load up obj/cpu/abi/sys/boot_image into any hex dump and find exactly which instruction is faulting. Sometimes it's the only way to find them!

Network link routing tables are created on booting a link, and the process is distributed in nature, each link starts a flood fill that eventually reaches all the CPU's and along the way has marked all the routes from one CPU to another. All shortest routes are found, messages going off CPU are assigned to a link as the link becomes free and multiple links can and do route messages over parallel routes simultaneously. Large messages are broken into smaller fragments on sending and reconstructed at the destination to maximize use of available routes.

The -run command line option launches tasks on booting that CPU, such as the experimental GUI (a work in progress, -run gui/gui/gui.lisp). You can change the network launch script to run more than one GUI session if you want, try launching the GUI on more than CPU 0, look in funcs.sh at the boot_cpu_gui function ! :)

The -l command line option creates a link, currently up to 1000 CPU's are allowed but that's easy to adjust. The shared memory link files are created in the tmp folder /tmp, so for example /tmp/000-001 would be the link file for the link between CPU 000 and 001.

An example network viewed with ps looks like this for a 4x4 mesh network:

Take a look at the docs/INTRO.md for instructions to get started on all the supported platforms.

The experimental GUI requires the SDL2 library to be installed.

Or get them via your package manager.

Take a look at the docs/INTRO.md for platform specific instructions. The following is for OSX and Linux systems. Windows has a pre-built main.exe provided, or you can configure Visual Studio to compile things yourself if you wish.

The first time you download ChrysaLisp you will only have the vp64 emulator boot image. You must create the native boot images the first time round. This is a little slower than subsequent boots and system compiles but allows us to keep the snapshot.zip file as small as possible.

Text user interface based fully connected network. Each CPU has links to every other CPU. Careful with this as you can end up with a very large number of link files and shared memory regions. CPU 0 launches a terminal to the host system.

Fully connected network. Each CPU has links to every other CPU. Careful with this as you can end up with a very large number of link files and shared memory regions. CPU 0 launches a GUI.

Star connected network. Each CPU has a link to the first CPU. CPU 0 launches a GUI.

Ring connected network. Each CPU has links to the next and previous CPU's. CPU 0 launches a GUI.

Tree connected network. Each CPU has links to its parent CPU and up to two child CPU's. CPU 0 launches a GUI.

Mesh connected network. Each CPU has links to 4 adjacent CPU's. This is similar to Transputer meshes. CPU 0 launches a GUI.

Cube connected network. Each CPU has links to 6 adjacent CPU's. This is similar to TMS320C40 meshes. CPU 0 launches a GUI.

This will create a snapshot.zip file of the obj/ directory containing only the host directory structures, the pre-compiled Windows main_gui.exe and main_tui.exe plus the VP64 boot_image files !

Used to create the more compact snapshot.zip that goes up on Github. This must come after creation of (make-all-platforms) boot_image set !