Learn how to deploy a live, real-time dashboard in a Python web app powered by end to end infrastructure as code!

The repo sets up simulated real-time iot data, 3 data pipelines, cicd trigger automation, and 40 GCP resources in total through terraform-all in under 10 minutes!

Main Goal: Get something living and breathing on YOUR screen. Take away what's USEFUL FOR YOU, even if it's simply some code snippets! ✂️ 📋

What you'll be making!

What you'll ALSO be making! 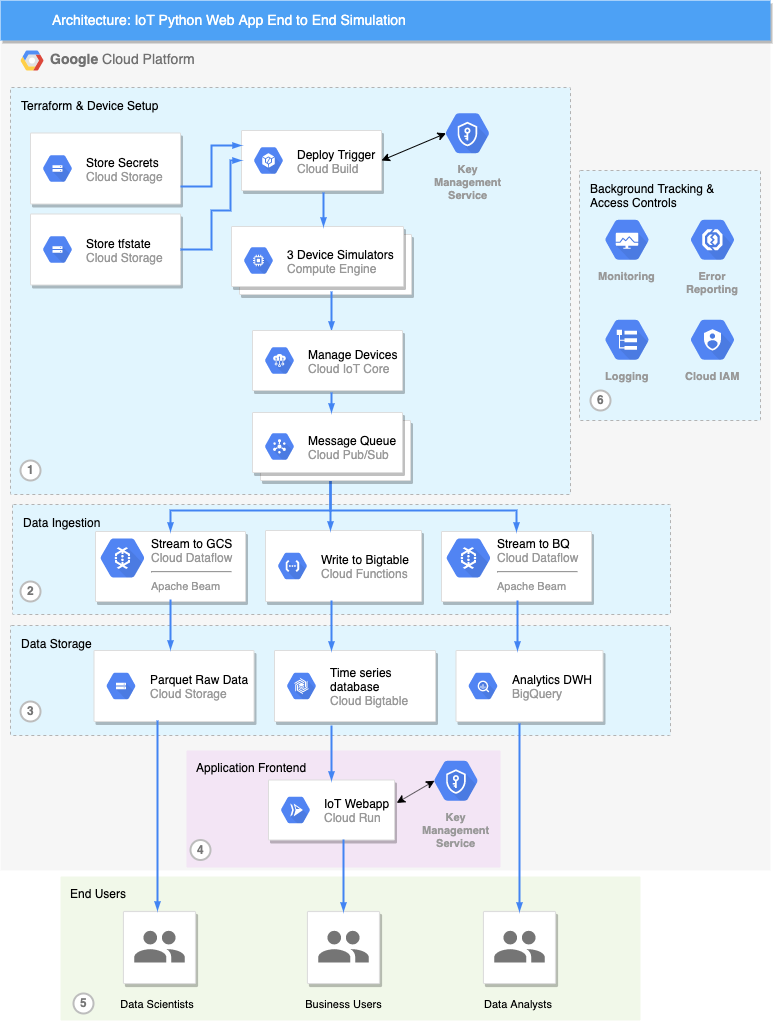 Note: you may likely be prompted to manually enable the Cloud Build api

Note: The rest of these instructions are written for cloud shell

Click on the link to launch the web app

Instead of manually clicking ever-changing interfaces in the console for any changes, this step looks through the code and robustly applies those changes in a transparent way. This allows for an easy to follow paper trail and rollbacks by simply rerunning a previous build.

Commit and push changes to your github repo. This will automatically trigger a build using the logic in cloudbuild.yaml

Explore the cloud build history to verify a successful build

Check to see if the app exists after the cloudbuild history updates.

You should see an updated timestamp to the web app

Note: if you want to destroy everything, you can delete everything via the console OR simply delete the project you ran the deployment instructions in for a clean slate!

All feedback is welcome! You can use the issue tracker to submit bugs, ideas, etc. Pull requests are splendid!

My master branch will be protected, so no changes will come through without my formal approval.