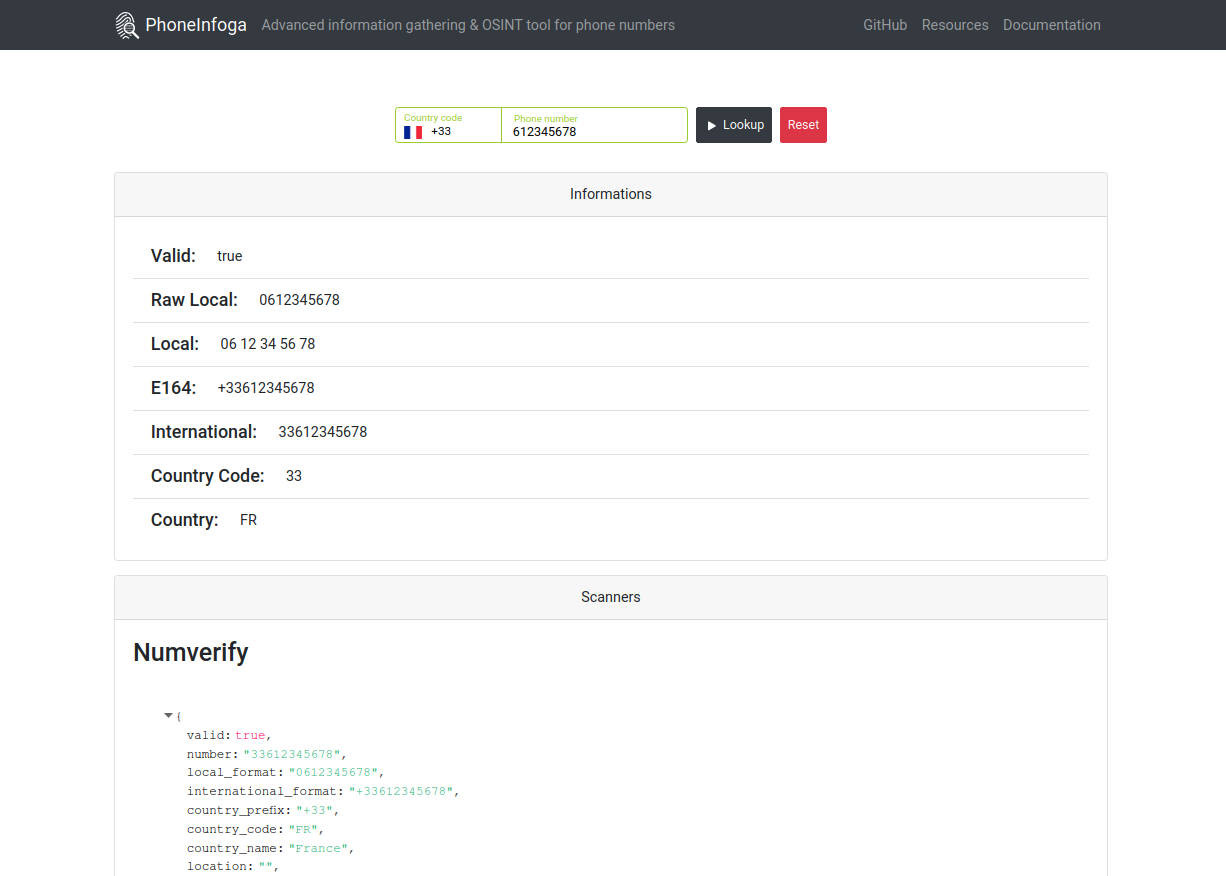 This project is stable and production-ready. Roadmap is here.

About demo instance: This is a test service. Kittens will die if you abuse it. Numverify scan is pointless because my server's IP got blocked due to spam.

Since v2 was released on March 2020, this project has been rewritten in Go language (previously Python). Why ? To improve code base, maintainability, have a stronger test suite and be able to compile code base. PhoneInfoga v2 brings new features such as serving a REST API and a web client. Usage of scanners was improved in order to drop usage of Selenium/Geckodriver which has cause many users to have troubleshoots using the tool. You can still use the legacy version in tag v1.11 and the legacy Docker image (sundowndev/phoneinfoga:legacy). Some features were not included in version 2 such as input/output CLI options. The roadmap of the project changed so we can focus on the web client features. Version 2 does not scan Google results anymore, read more. 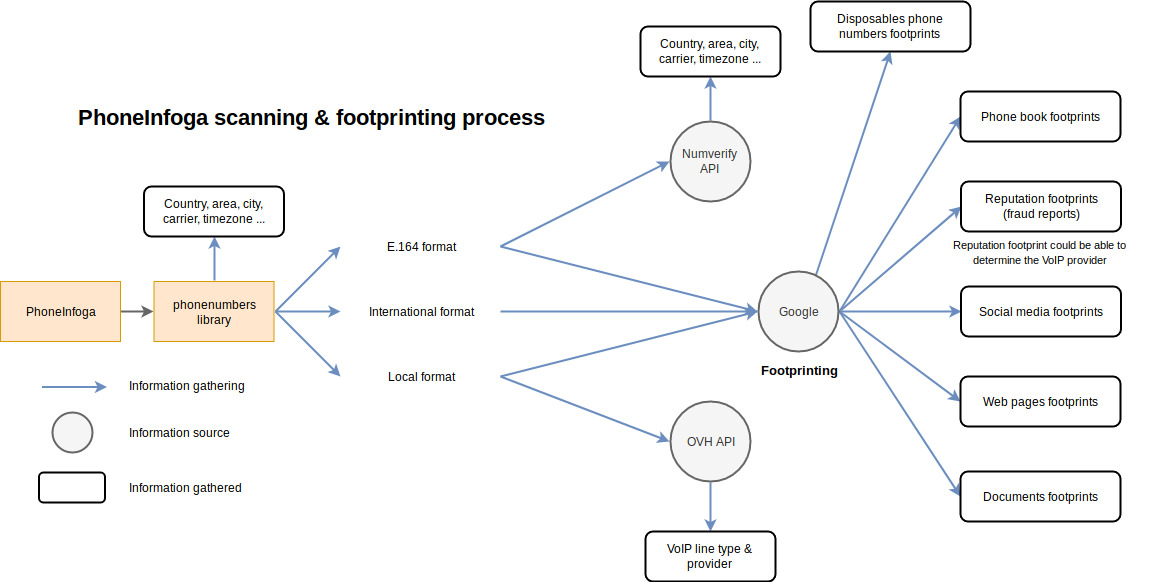 This tool is licensed under the GNU General Public License v3.0.

Icon made by Freepik from flaticon.com is licensed by CC 3.0 BY.

Thanks to JetBrains for supporting my open-source projects.