These are my dotfiles. There are many like them, but these are mine. This started around 2001 or so when I used lots of different machines and environments. Now I mostly use macOS and Linux but still keep the environment in sync. 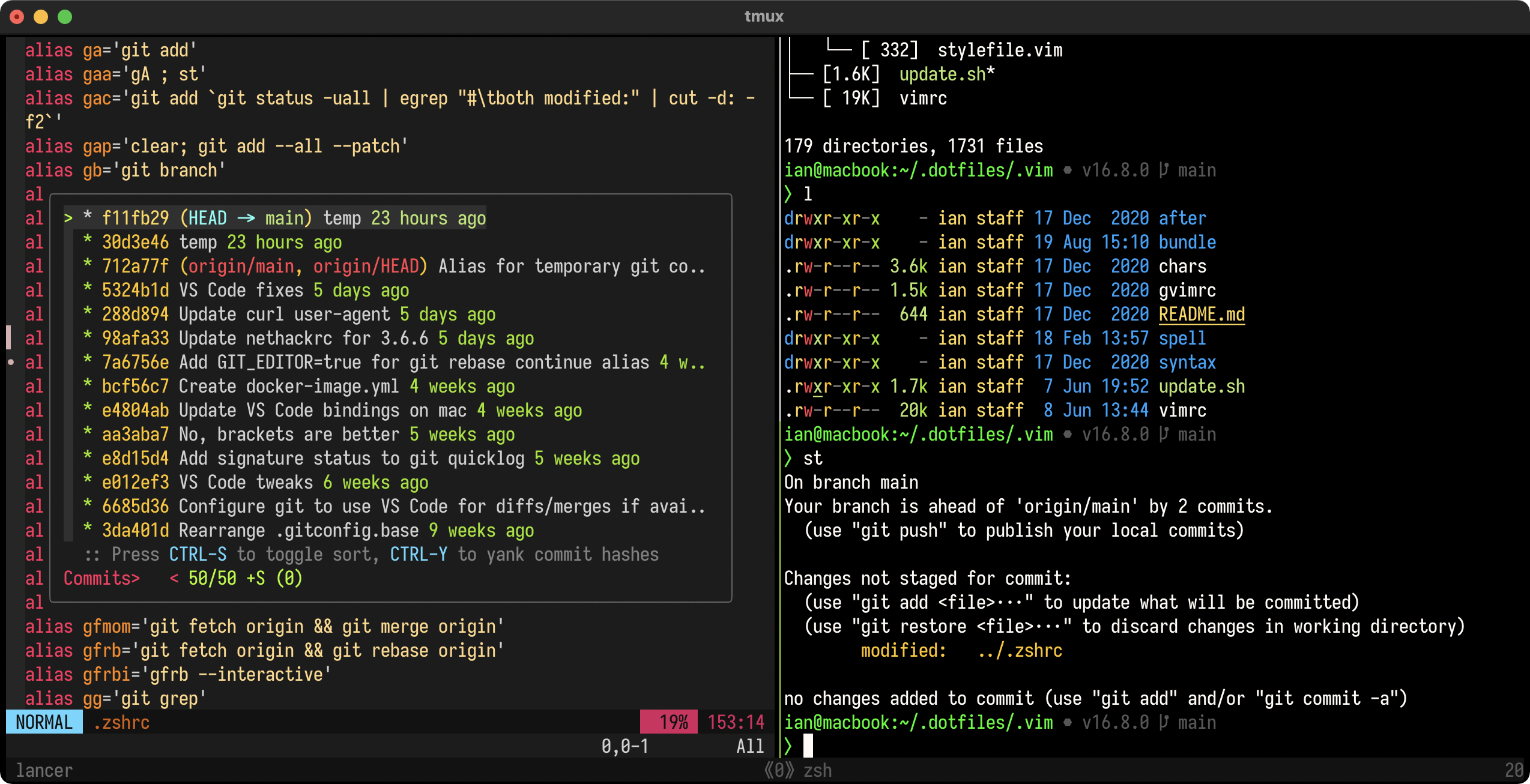 A random prompt color is picked at first install. Edit .zshlocal for details.

Highlights (or, Why I Use This)

My first boss told me that I should have a digital toolkit -- a set of tools that I keep with me that I can use anywhere. In college I used many different kinds of Unix variants, and so it made sense to build a kit that could bootstrap my environment anywhere. Today, I use macOS, Windows, and various distributions of Linux, and this kit has proven invaluable in getting set up quickly on new hardware and VMs.

While this project includes a huge collection of configuration snippets I've collected over the years, a few parts stand out and are things I use daily:

Why Zsh instead of Bash?

Only a few reasons, honestly:

Here's what I use the most often on the command line: