AlertR is a client/server based multi-purpose alarm system, monitoring system and signaling system which targets developers, tinkers, privacy advocates, and all people that are interested in DIY solutions. Despite the obvious use as a home alarm system, it can also be used to help server administrators to monitor their services (or used in any other cases in which sensors are required). Because of the way it is designed, AlertR can be used in any scenario a sensor with the state triggered and normal has to be monitored. This can be a sensor for a home security or home automation system, but also computer services like a failing HDD drive in a RAID or the availability of a web server.

The vision for AlertR is to have a single service running that gathers all the information someone wants (like temperature data, service states, or bank account transfers) and provides the ability to react on them automatically. In addition, it should serve as single point to let the user look up aggregated information of his/her services. All this should be done in such a way that the user is always in control of his/her data and no one besides him/her is able to access them.

The project is well documented in the Github Wiki and a community page can be found on reddit.

The current stable version of AlertR is 0.800. The development of AlertR is done in the dev-branch. So if you want to see the next features or just check if the project is still alive, please see the commits in the dev-branch. If you want to see what has changed during the releases in each component, you can check the CHANGELOG.md file in the directory of the corresponding component.

If you have no idea what AlertR actually is or how you can use it, this section might give you some ideas.

A picture of a MagicMirror showing AlertR system information. 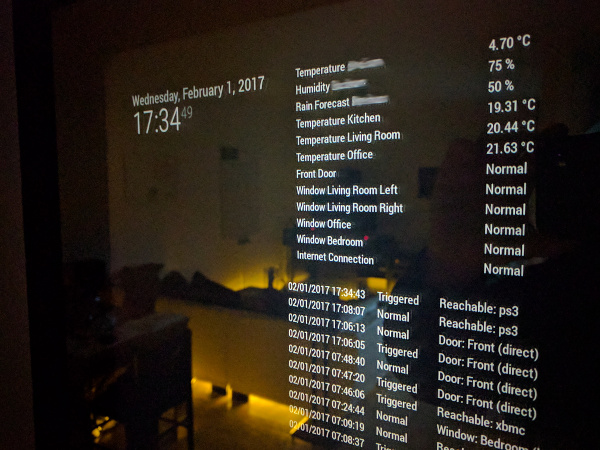 The following shows a screenshot of the Android app introduced in version 0.5. 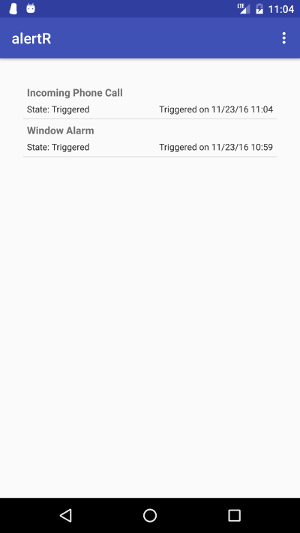 A screenshot of the console manager in version 0.4. 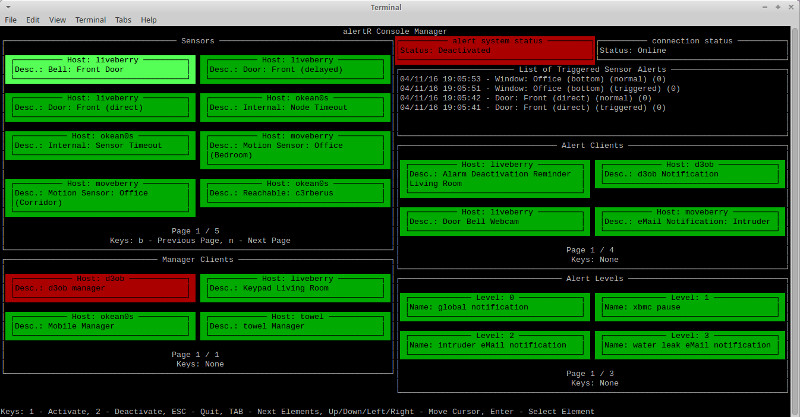 An overview of the infrastructure a basic AlertR setup has. 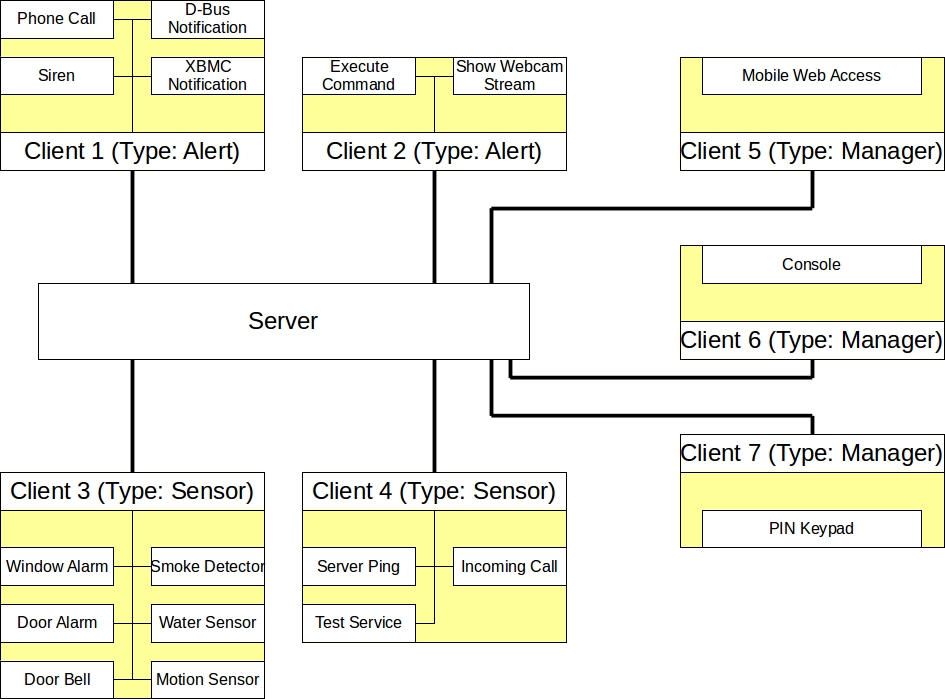 Number of active AlertR installations calculated from participants of the voluntary survey.

Number of messages sent by the AlertR push service in the last 12 weeks.

A short preview of the AlertR alarm and monitoring system in version 0.500. It shows the new AlertR Android app that is able to receive push notifications. Please activate the subtitles to see the description of what I am doing and what is happening. 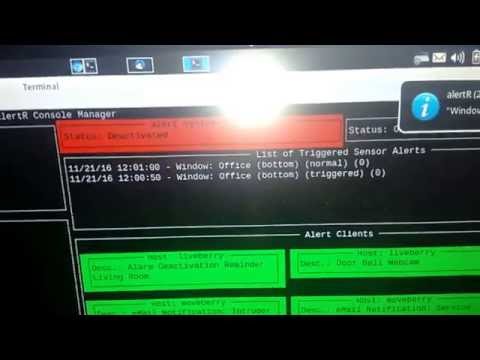 Part of one release was a rule engine, which allows you to set up rules that must be satisfied before an alarm is triggered. Since version 0.700 this rule engine was replaced with the ability to add instrumentation scripts which gives the user even more possibilities to customize alarm processing. Again, the subtitles have to be activated in order to understand what is happening. 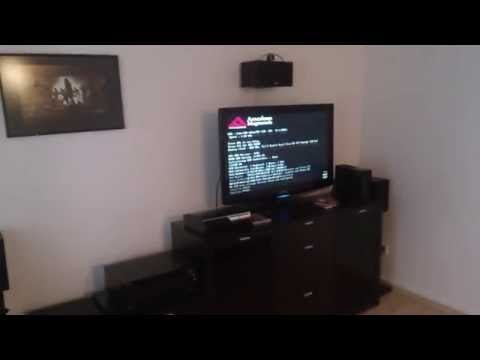 The next video was published in December 2014 and shows version 0.200 of AlertR. It demonstrates the D-Bus and Kodi (aka XBMC) notification capabilities. Again, the subtitles have to be activated in order to understand what is happening. 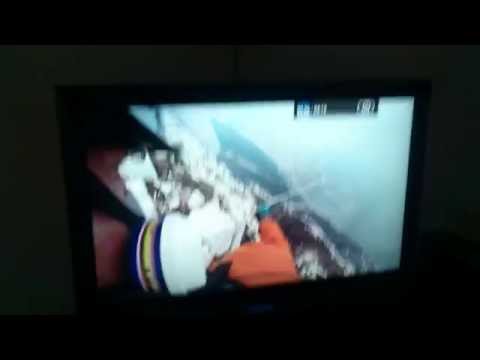 The following video is a short introduction video of AlertR as a home alarm system. It was the first video showing AlertR. The subtitles have to be activated in order to understand what is happening. 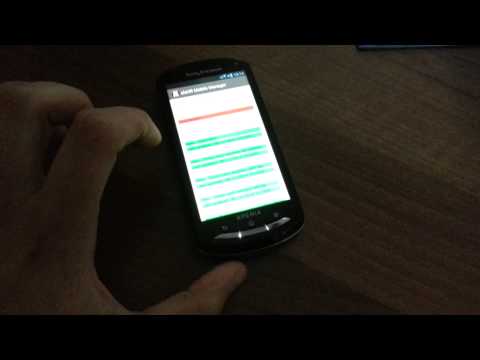 If you have already a working AlertR system installed and a newer version is available, use the update script to update your AlertR instances. A detailed description of how to update an AlertR instance is given in the Update section of the wiki.

If you are interested in AlertR and its development, you can also read AlertR related articles in my personal Blog. To post your awesome projects, see recent news about AlertR, or ask a community for help you can use reddit.

If you like this project you can help to support it by contributing to it. You can contribute by writing tutorials, creating and documenting exciting new ideas to use AlertR (for example on reddit), writing code for it, and so on. Contributors have to agree to the Contributor License Agreement before their contribution is accepted.

If you do not know how to do any of it or do not have the time, you can support the project by donating or support me on Patreon. Since services such as the push notification service have a monthly upkeep, the donation helps to keep these services free for everyone.

Licensing and Commercial Use

AlertR is free and open source Software and always will be. This means everyone can use it freely. It is licensed under the GNU Affero General Public License v3.0 which allows you to also commercially use it. However, if you do, you have to disclose all changes to the Software also as open source. This is also the case if you provide network services with AlertR.

If you do not wish to open source your changes I can offer this Software under a different license (Dual Licensing). Please contact me to talk about the conditions.

For questions, bugs and discussions please use the Github Issues. All other means of contacting me can be found on my personal website.